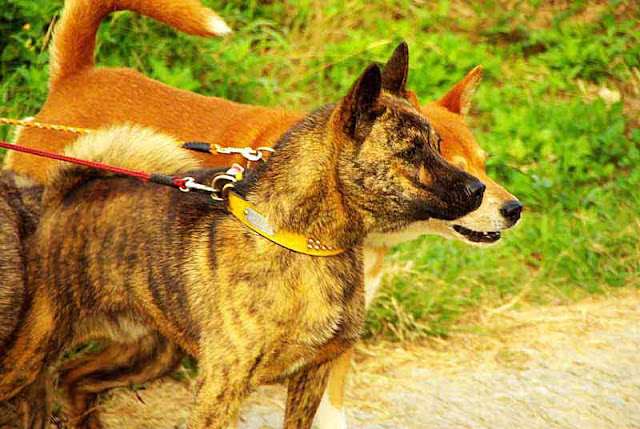 These guys are the Ryukyu Inu, a breed of dog native to Okinawa, Japan. 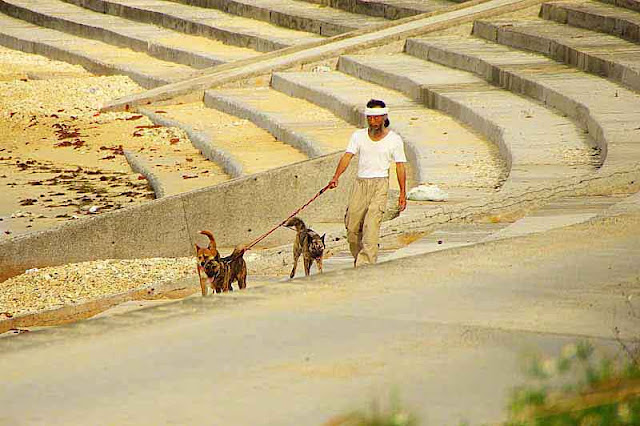 They get an early morning walk, on the beach, every day by Papasan. 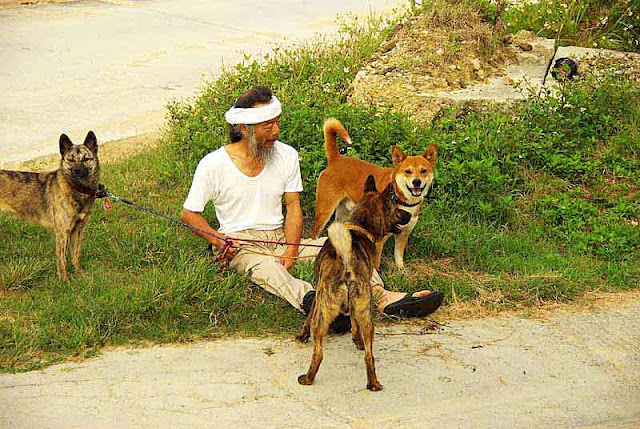 The guy dogs figure it's their job to keep other male dogs off the beach.

When they saw a couple of Husky mutts tied to the coffee machine they decided it would be best to go over there and bite them.  That's how Papasan wound up getting tripped by leashes, landing on his rear end. 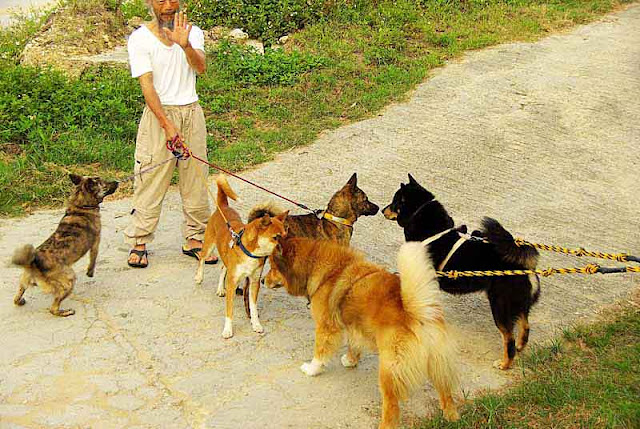 The good-natured guy that he is, Papasan gets a grip on things and decides to let the boys introduce themselves to each other. 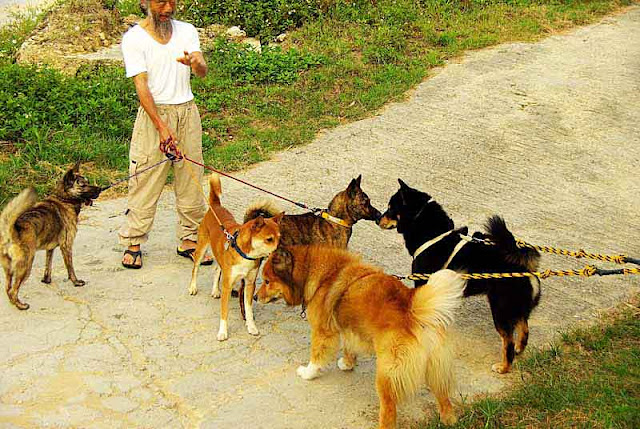 The brown Ryukyu Inu must have whispered fighting words in the brown Husky mutt's ear. 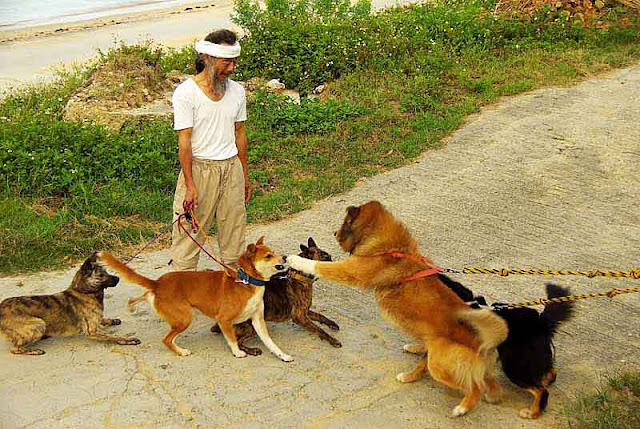 One thing, for sure, Russian dogs and Japanese dogs all understand each other's language. 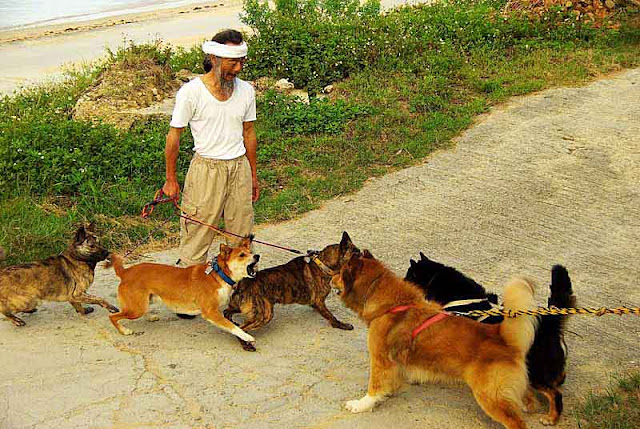 The Husky with the red harness is half Chow Chow so, he may know a little Chinese, too. 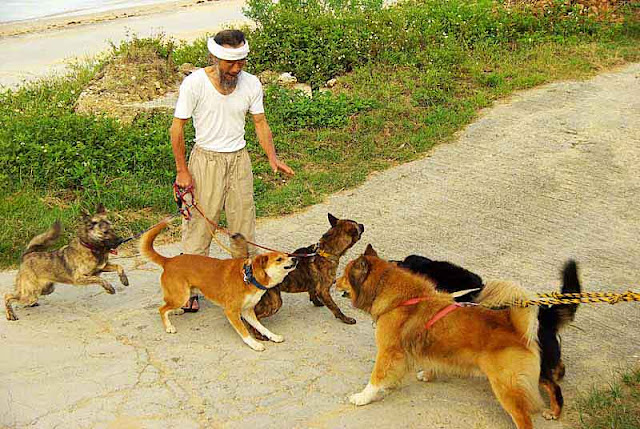 When dogs get talking like this they can't hear anybody else talking around them.

It's just like when a couple of old women get talking in the supermarket and are blocking the aisle.

That ever happen to you?

You could say, "Excuse me."  Or, even try to tell them the place is on fire, and they just don't hear you.

Sometimes, I just take their groceries and put them in my cart.  Then, hope they have a nice day. 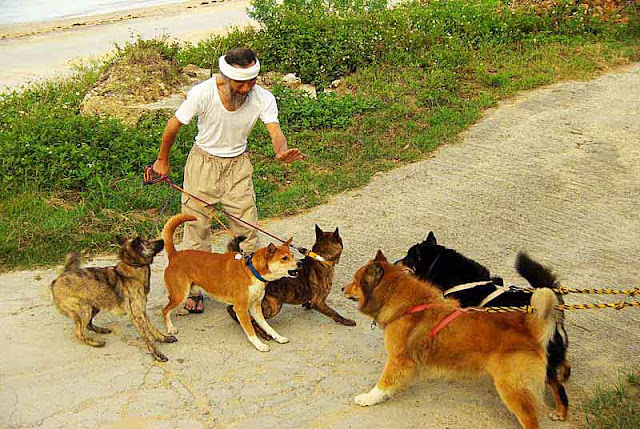 Dogs are different.  Papasan and I figured it out.

We turned them loose and let them clean each other's clocks. 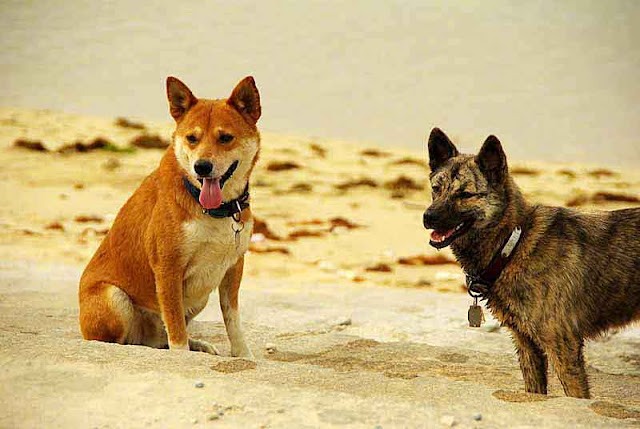 The Ryukyu Inu guys ran off to the beach.  And they're probably thinking,
"We showed them."

The Husky Mutts came back to the coffee machine.

Papasan and I sat and drank iced coffee and the Ryukyu gal dog stayed with us in the shade.

The Husky Mutts were probably thinking, "We showed them."

Oops.  It's time to take my gal grocery shopping.  Groan.

Have a nice day!