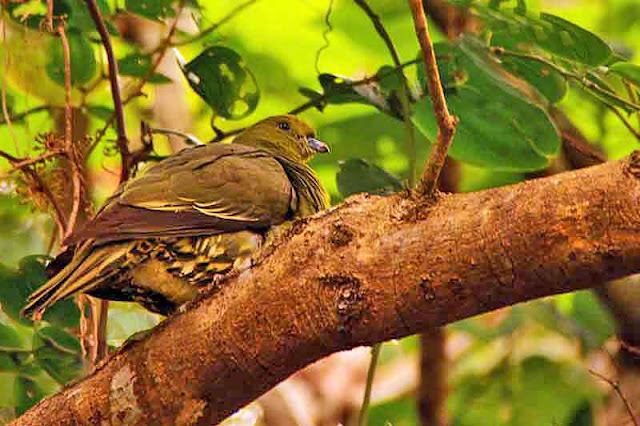 The Ryukyu Green Pigeon (Treron permagnus) is sometimes called the
Whistling Green Pigeon.  This one was found in northern Okinawa today.

There is one other pigeon with green colors on it that used to inhabit the Ryukyu Islands called the Ryukyu Wood Pigeon (Columba jouyi) which was last recorded on Okinawa in 1904.

If I run across any, I'll take a photo of them, too.

You got any green pigeons in your neck of the woods?

I've never seen a green pigeon before. Looks much prettier than the pigeons I'm familiar with.

Cathy,
They are kind of rare around these parts, too. I'll see if I can get a better shot for you, one of these days.