Amazing What You Can See at a Bullfight (Photo Essay) 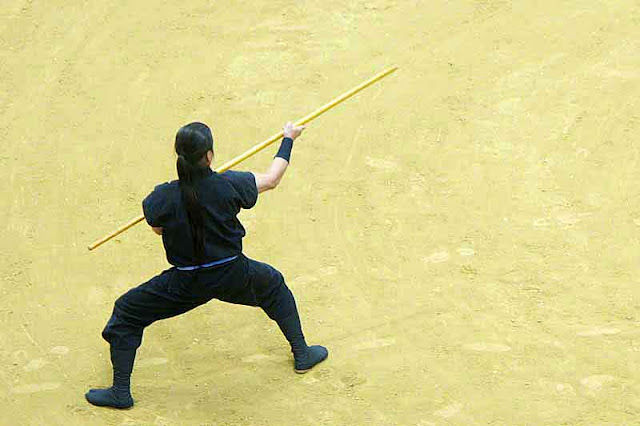 This isn't a matador.  It's a guy demonstrating martial arts in Okinawa, Japan. 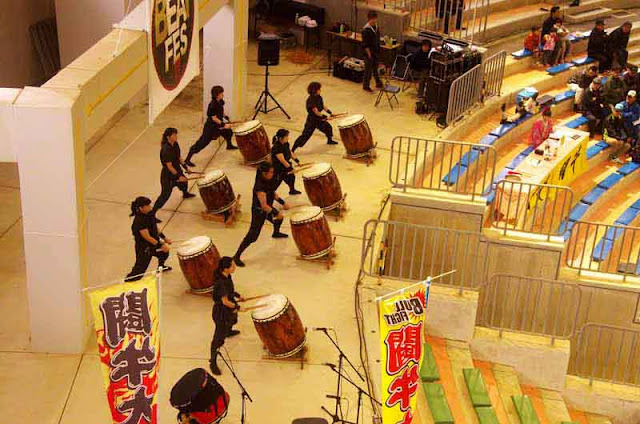 He leads a group of taiko drummers, too. 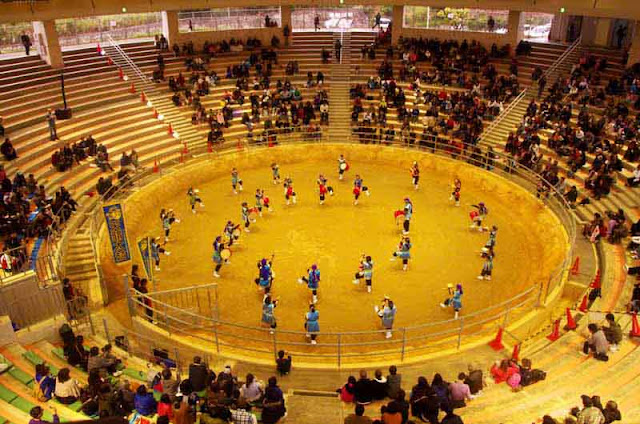 What these photos show are some of the amazing things you can see at a bullfight, only in Okinawa. 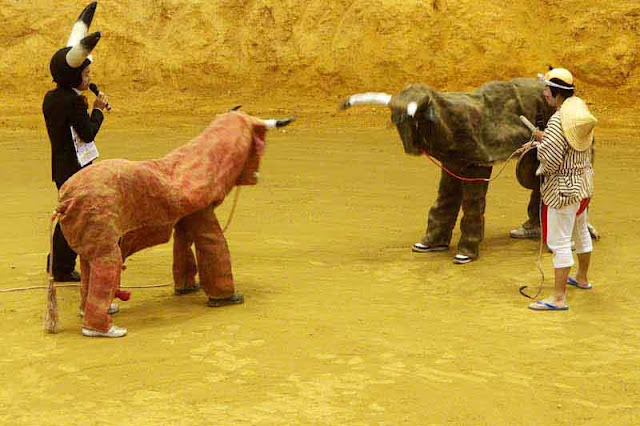 The guy in the black suit, he's the master of ceremonies.  Look at those horns ! 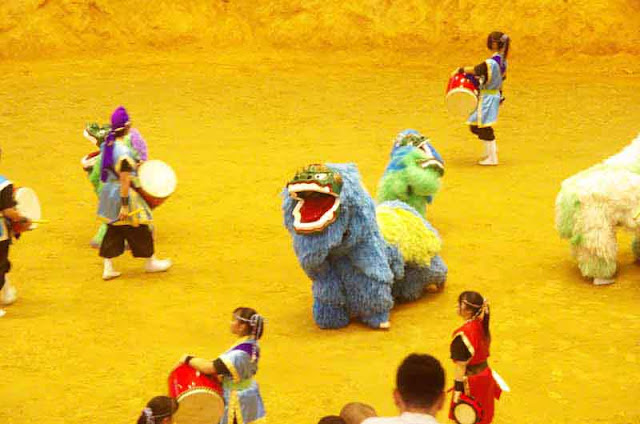 Blue, purple, yellow and green creatures run around dancing and snapping while those cute little girls are playing their drums. 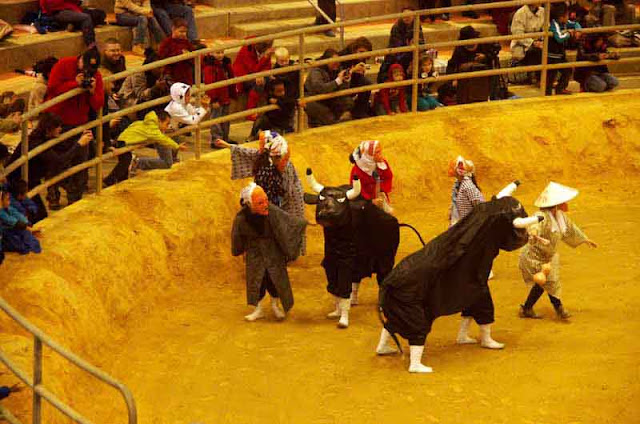 Some really ugly old ladies brought friendly looking bulls into the ring.
But, they were alright, I guess, because they passed out candy to the kids. 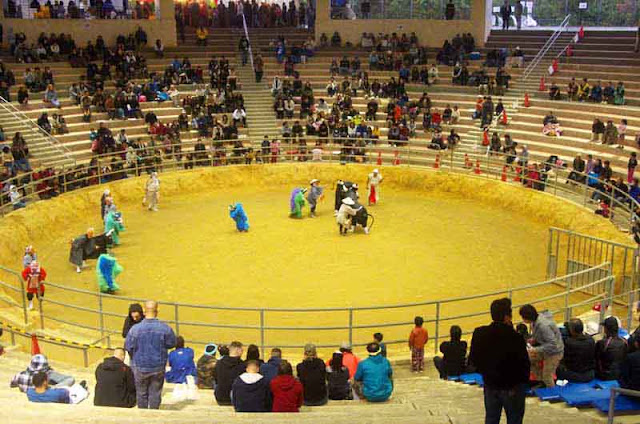 After they run out of candy, they start making trouble, though. 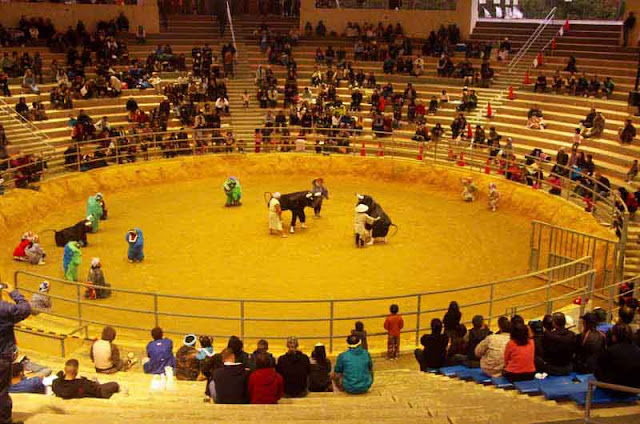 Like, one of the witches is telling her bull to go over there and fight with another one. 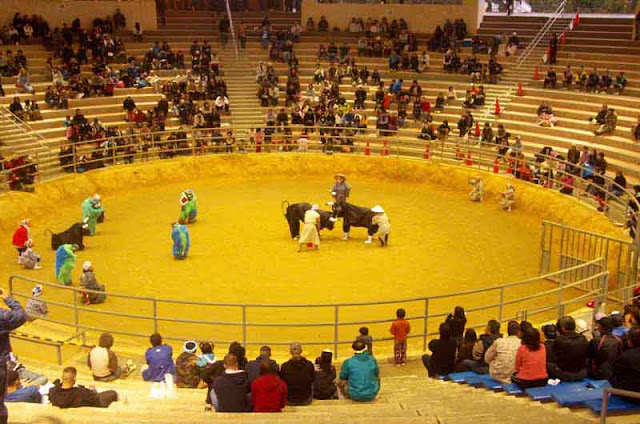 So, that's what he does. 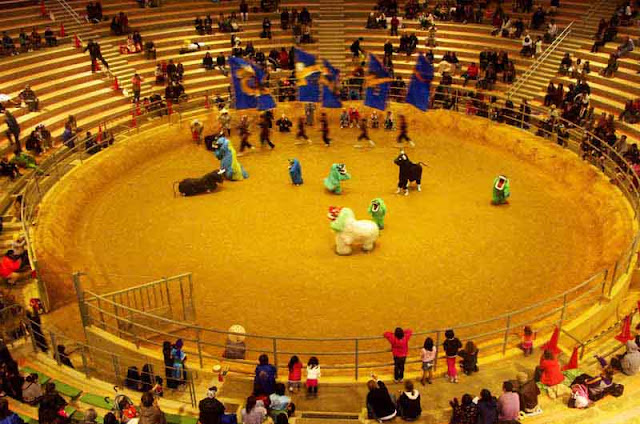 When the poor bull that didn't want to fight ran away, everybody started laughing.
It's just amazing, some of the crazy things you can see at one of these bullfights. Almost forgot.  They had some of these big guys, too !
Note to locals: If you were at the Ishikawadome in Okinawa, Japan for this event, your photo may appear in an album on my Facebook Page.

IF YOU LIKE, I CAN EMAIL ONE TO YOU.


Visit my homepage for: THE PHOTO OF THE DAY