Then and Now (Photos) Hakugindo Shrine in Okinawa, Japan

Sometimes, these Then and Now series photos just sneak up on you. 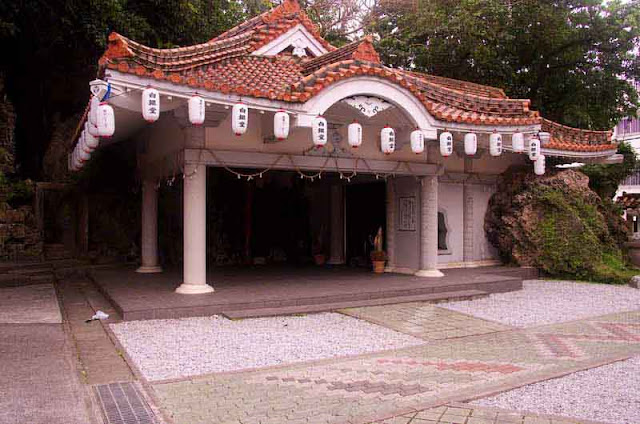 It was just one of those days, I was riding around with the MAP IT OKINAWA DUDE

and shooting pictures of whatever happened to be in front of my lens. 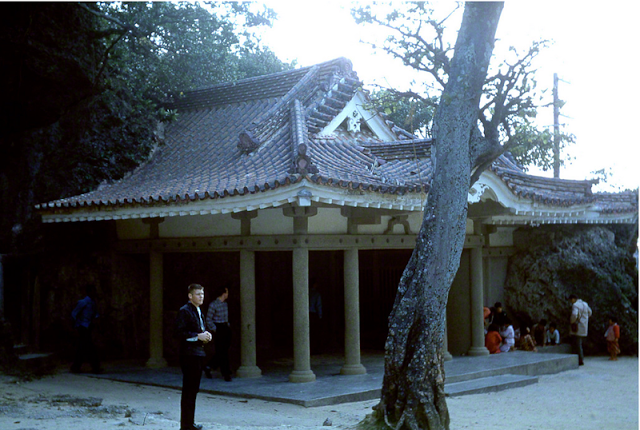 Here I was sitting in my office during beer drinking hours when an email came in, sounding all excited about something.

Attached to the email were these two old photos discovered by RyukyuRu. 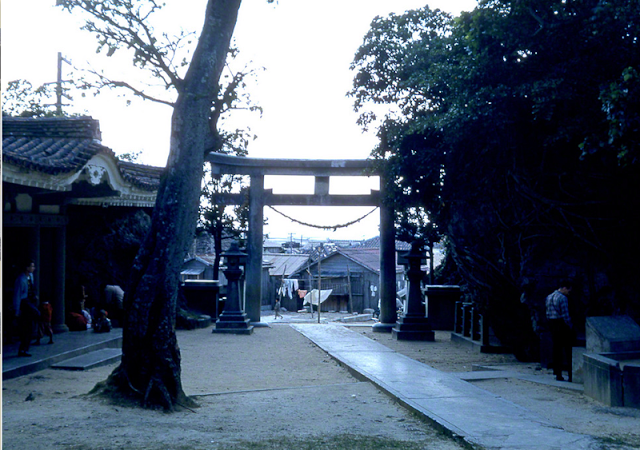 These photos of Hakugindo Shrine were taken sometime in 1958.

View them at higher resolution on REMEMBERING OKINAWA. 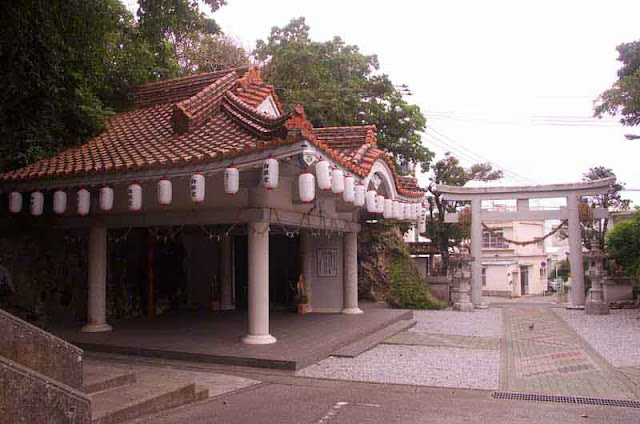 Looking through the Shrine's torii gate, you can see where the old wooden buildings have been replaced with concrete structures.  Some trees have disappeared and the front grounds of the Shrine have been paved with stones in this photo dated January 27, 2012.

Legend has a story about this shrine being built over a cave, where a local fisherman and a samurai stashed a large sum of money back during the Ryukyu Kingdom days.

Read more about it in the JAPAN UPDATE.

Guaranteed, RyukyuRu will thoroughly research the history of Hakugindo Shrine and give everyone the story behind it along with a map to get you there.

When I took those photos it was still January.

That was then but, this is now.
It's time for me to get the place ready for beer drinking, again.