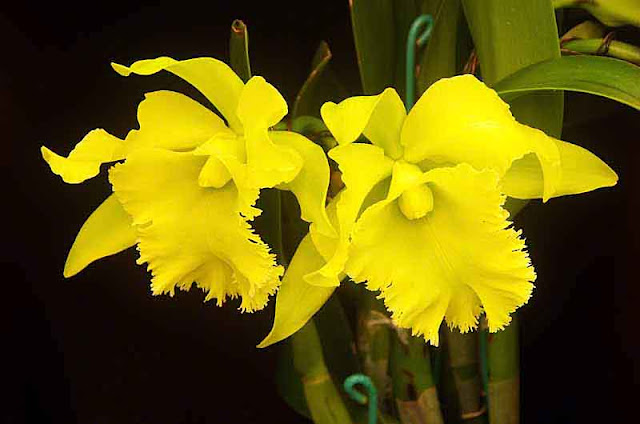 These photos were taken in the Tropical Dream Center at the 2012 Okinawa International Orchid (蘭) Show held every year in Motobu Town's Expo Park. 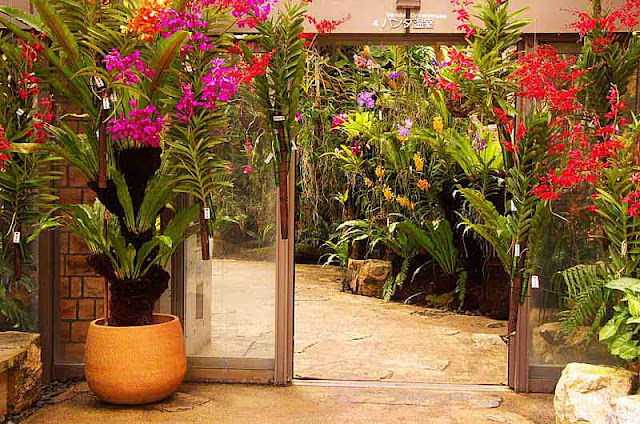 From the second you walk through the doors, it's like stepping into another world. 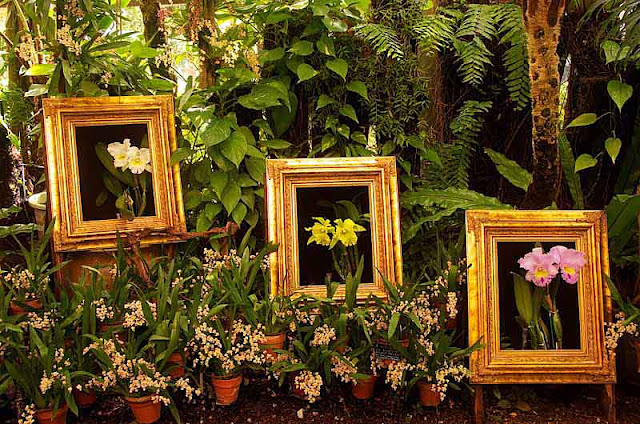 Some of the orchids had gold frames in front of them.  Great for photography ! 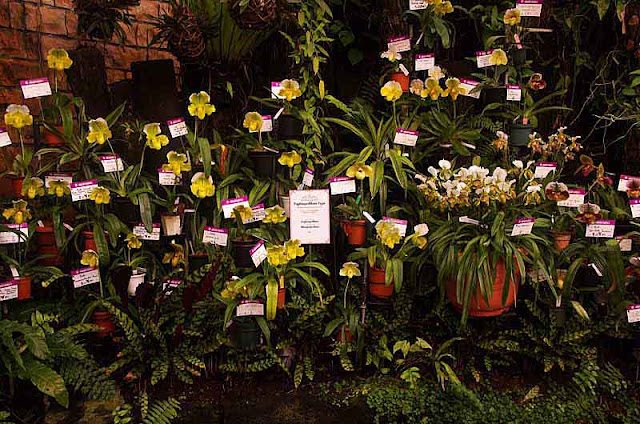 The types of different orchids must be in the thousands. 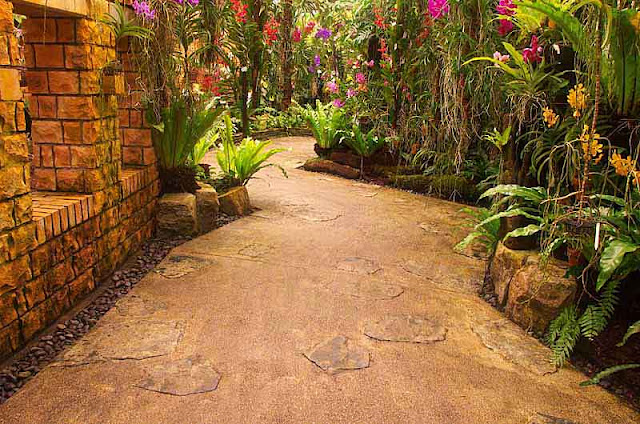 It's best to just wander around and not worry about memorizing all the flowers names. 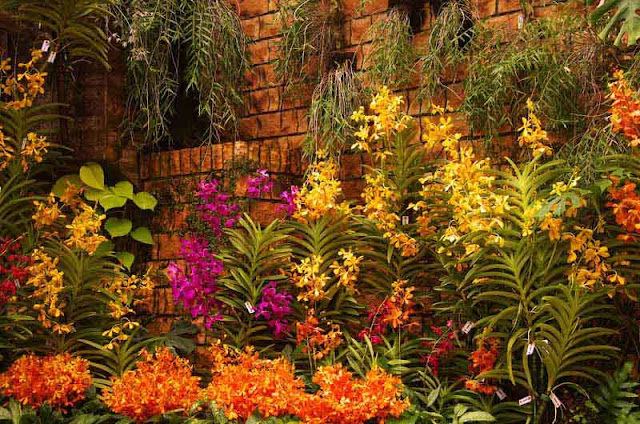 Just when I was starting to think I could look at a flower and tell it was an orchid..... 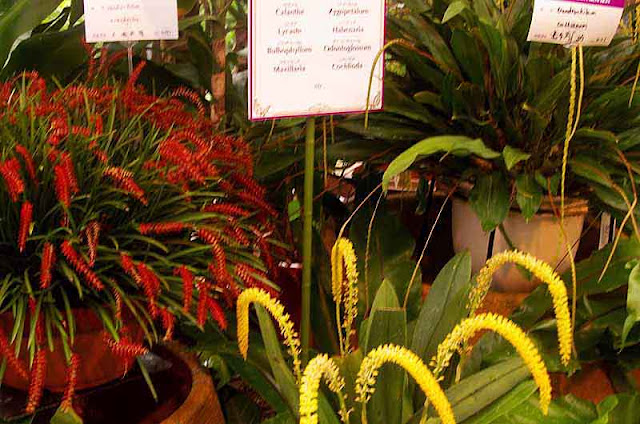 .....along comes these guys that look like some kind of fuzzy red or yellow caterpillar.
They are orchids, too ! 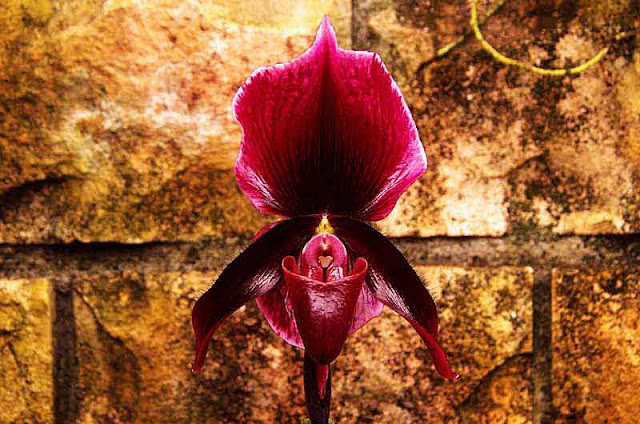 This Black Cherry Orchid was my favorite. 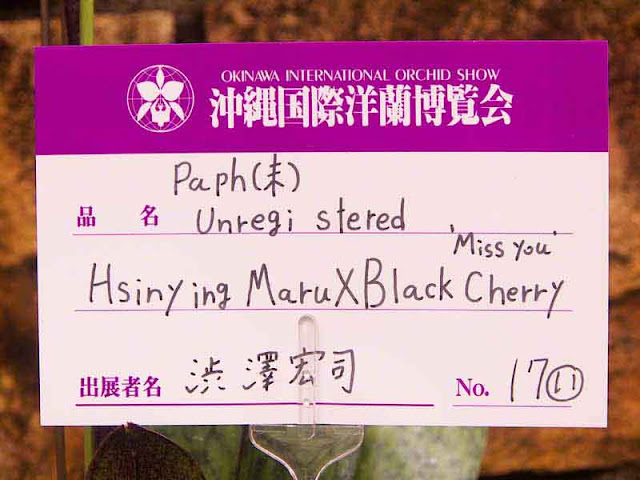 If you see the owner tell them RyukyuMike made this orchid the winner and I'll hook them up with a free picture of it.  I'm not exactly an Orchid Judge, or anything but,
I did win a beer chugging contest, once.
That should count for something. 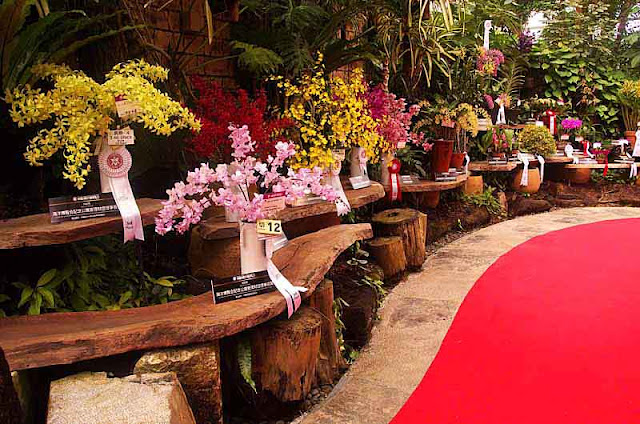 Down along the red carpet is where you see all the winners.
It' will be awhile before I get the next 200 photos developed and ready to post here.
These ten photos should give you an idea what may be seen at an orchid (蘭) show.

Wow! These gorgeous photos really got my eyes to pop open this morning. Beautiful. I agree -- the black cherry orchid is my favorite, too.

Cathy,
It's the first orchid, that color, I've ever seen. Wonder why the owner never bothered to register it ?

Hi! I think that "Unregi stered" by Hsinying Maru × Black Cherry is very good too. This orchid is very attractive. Your judgment is very good！

Some beautiful orchids and love the ones with the gold frame around them. So pretty they deserved to be framed :)

Chinchilla!
Thank you. I suppose, it may have been unregistered because Hsinying Maru knew it would take the Grand Prize, and just didn't want all the attention. That's a true winner, to me !

Japan-Australia,
That was unique, seeing gold frames placed in front of the potted plants. It creates a 3D picture !

I have contacted the orchid owner about the feelings you.
He has been willing to consent to share your photo collection. I'm glad to see your page. You have a good job!

Takayuki,
Thank You, so much !

They are all gorgeous!! I would love to go to an Orchid show. I saw a pretty one in the grocery store... it was purple with a shimmer... it just looked so cool!

Alison,
An orchid in a grocery store? I hope it wasn't being sold for consumption!