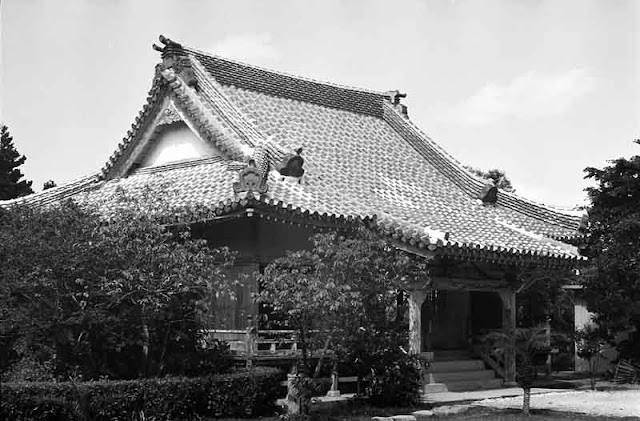 This photo of Kin Kannon Temple was taken in 1966 by photographer Donn Cuson. 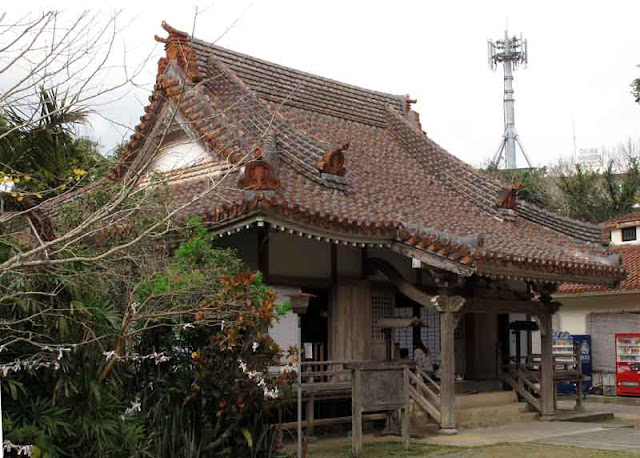 Other than Coca Cola and Pepsi vending machines, a cell phone tower and a satellite dish antenna (far left) for the Buddhist Monks to watch TV, the place hasn't changed all that much in the past 46 years.

This temple was built sometime back in the 16th Century as the result of a Buddhist missionary being rescued from a typhoon-wrecked ship by the people of Kin Village.

There are more spirits on these temple grounds than all the other spiritual places I've visited in my travels around the world !

Then Photo was taken with a Canon 7

NOTE:  It has been brought to my attention that some folks interested in following this Then and Now Series are experiencing difficulty locating the posts.


In the near future a Then and Now page will be created to make things more reader friendly.


Please, bear with me on this.


There are a few of us Ryukyu Cameramen, really excited about this project.


We are traveling all over the island of Okinawa, Japan doing whatever it takes to identify, locate and recompose those photos on the REMEMBERING OKINAWA Website.

It is a work-in-progress that requires plenty of outdoors exercise, research, patience, and time but, we are determined to document every recognizable site we can find.  It's a blast !


Shooting these photos from the same perspective as the original is our goal and that can be a real challenge, at times.

We have received some excellent support from members of local communities in identifying the THEN sites when we tell them it is to obtain a NOW photo, 50-60 years later.

It dawned on me,  just this week,  we should take photos of the process we go through in making this series.  The smiles we encounter on the faces of Okinawan people, the methods we use looking for a certain location, how we get there and some of the trying, hilarious or dangerous situations we get into to take a photo, are all part of the story.  A book could be written about it but, we are cameramen, and busy.


The good old Google Search for "Then and Now Photos Okinawa" works fine, for now.
As soon as I get ten in this series of blog posts complete,  a Then and Now Page will be created.


More Then and Now Photos