Today I Learned Some Russian in Okinawa, Japan (Photos) 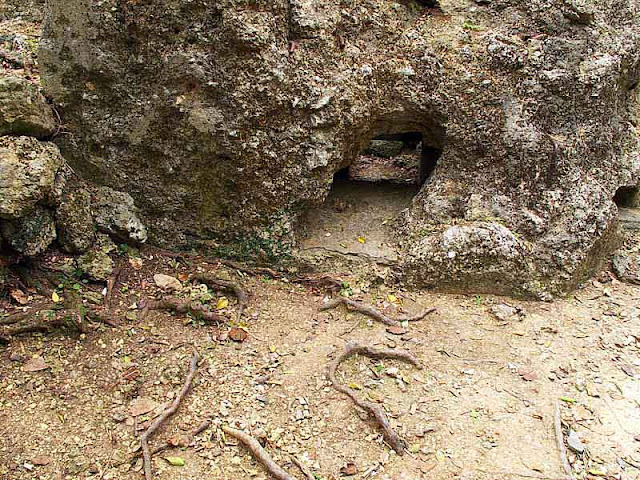 Today I was out wandering around with the Canon G12 and ran across this thing.

And, I took this photo so I wouldn't forget, I learned a Russian word.

That's Russian for a "Point" or "Hub" describing an important position in a battle.

So, what we have here is a picture of a Tochka.

It's a little concrete building that three people can hang out in and shoot their guns out the two windows if anybody comes along and tries to take it away from them.

This one is still standing but got lots of bullet damage during World War II.

And, nobody was home when I looked in there. 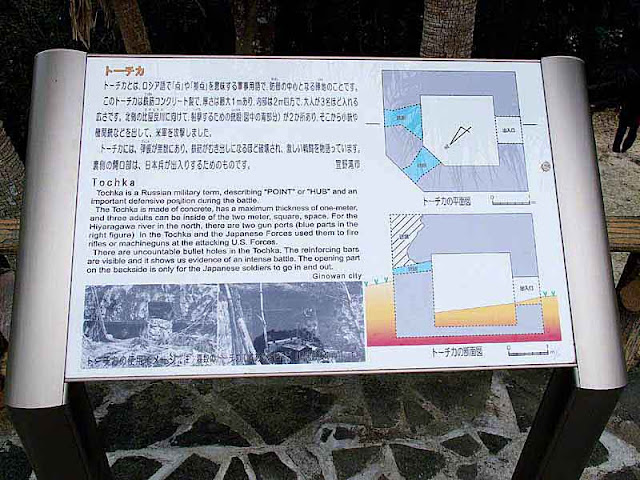 So, I figured nobody would mind if I shot this sign, too.  It helps me remember.

The location of this Tochka is Kakazu Village in Okinawa, Japan.

Back in school days, I heard about the war and I knew the US and Japan fought over this island.

Sadly, many Okinawan people were killed in the battle.

Now, I'm wondering.  Were the Russians here, too?

Now I've learned a new Russian word, too. Very interesting about this Tochka and you ask a very good question about the Russians being there.

Cathy,
This one sure got me stumped, too!