Travel Photo: Stuff You Can See in Okinawa 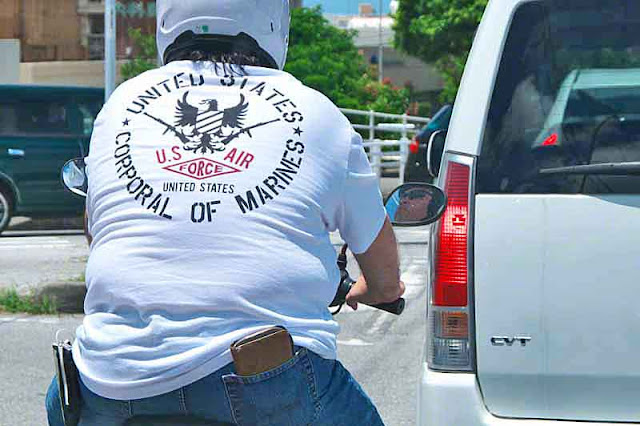 Fortunately the Light Was Red

It would have been much more difficult, to catch this rider if, we were moving.

Usually, I wouldn't bother, shooting my camera, through someone's windshield.

When I noticed this fashionable shirt, it was time to grab the camera.

He probably has no idea, what that t-shirt says because, it's printed in English.

It's cool.  Many foreigners get Chinese or Japanese tattoos on their bodies.

That's cool, too. But, I wonder if, they really know, what the words mean, when translated.

The little scooter dude, motivated me, though. I tried-out for the Marines once.

Now, I'm wondering if, the Air Force would accept me !
Posted by RyukyuMike at 8:18 PM