There Was Some Racket Down the Street

We packed up our cameras and headed for the big city.  That's normal for foul weather days.

No sooner than the car was parked, we heard the sound of Eisa drums. 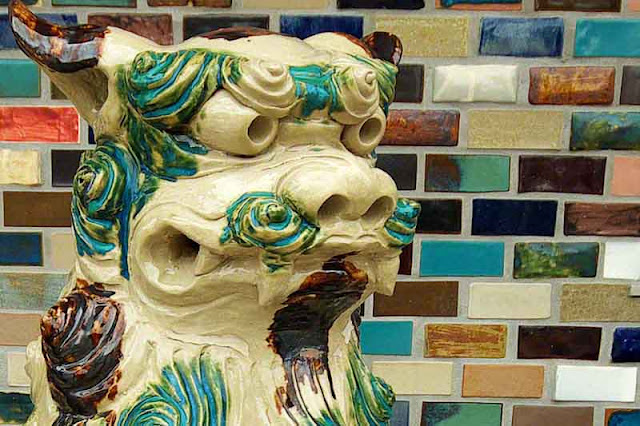 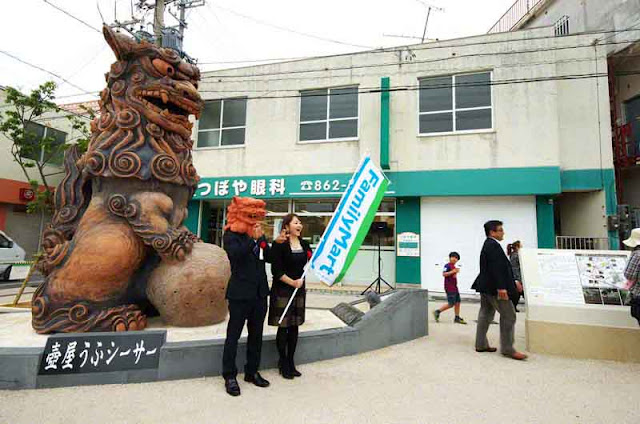 We just missed this huge statue being uncovered and all the excitement that went along with it.

But, got there in time to shoot some photos of Miss FamilyMart, I guess.

And, this dude wearing a suit, with some pottery on his head. 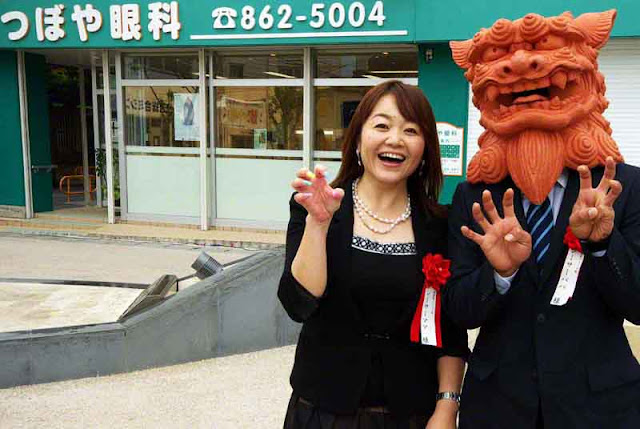 They were real nice people.  Even took the time to pose and growl for me. 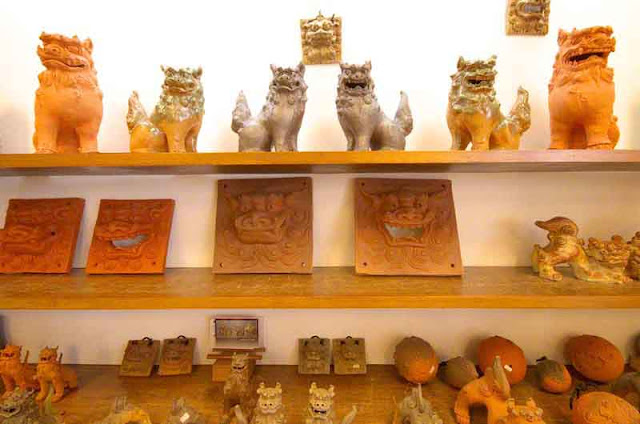 To be honest, I had no idea it was Shisa Day.  Doc informed me. 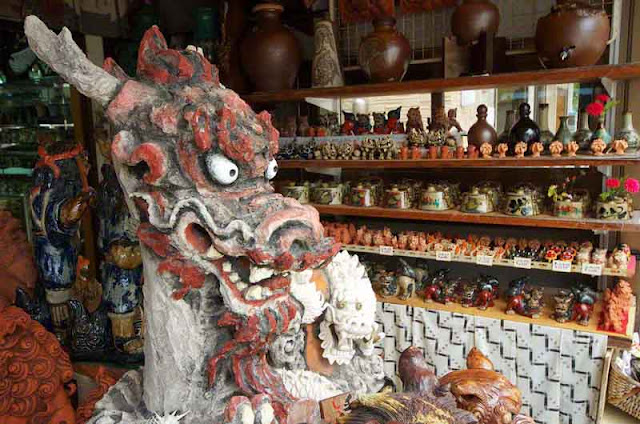 The Tsuboya Disrtict of Naha, Okinawa has tons of them.

We went there for awhile and took lots of photos but, I wanted to do something else. 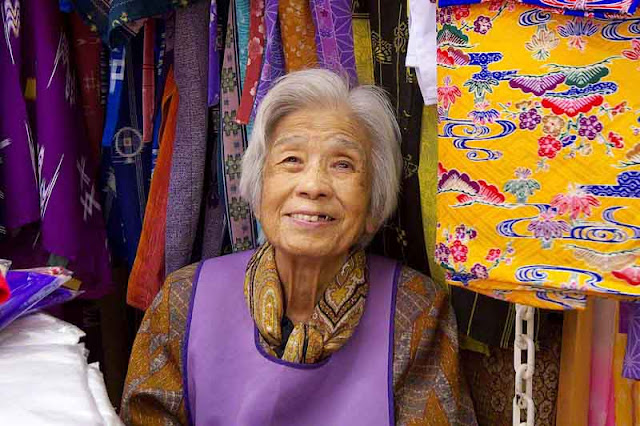 Uehara-san is the sweetest gal in the whole city and I can't go there without visiting her.

She is one incredible woman.  She breaks out in smiles every time we meet.

Years ago, the first time we met, she told me to sit down on a concrete stool, in the shade.

In the local dialect, I said, "I can't, my ass hurts from hemmorhoids."

We have been good friends, ever since.

The Traveler's Guide to Okinawan Dialect

It's been months since Doc and I have seen Uehara-san.

The last time I was with her, I bought her some green tea.  She didn't forget.

Today, she dug through her purse and pulled out a thousand yen note, to buy me coffee.

Trying to be polite, I showed her a handful of change and told her I was good to go.

She has a hard time standing-up, without walking to the coffee machine.

She wouldn't let me refuse her gift.  She insisted.

The damn stubbornest woman I ever met, walked painfully over to the machine.

All I could do, was hold her arm and escort her both ways to get the coffee.

Men, shouldn't have tear ducts.  That's what I say.

Once Uehara-san was back in her seat at the shop we all did a "Kampai."

We chatted for awhile.  When it started to rain we excused ourselves.

We explained, we had a long drive ahead of us and had better get going.

We left the sweetest gal in Naha at her store.  And she sat there smiling.

Posted by RyukyuMike at 5:05 AM

What a great article Mike! Love the shisa and I posted mine this morning. Would love to know where to find Uehara-san next trip -- is she in Heiwa-dori area? Love her smile!!! Thanks for the warm-fuzzies! Love your blog by the way --

This is a lovely story. Though we have not met, I feel the kindness in your soul and by the way you describe the people you come across in your travels, I would say they feel it too. Bless you!

Okispice,
Shucks, you didn't need to bless me. I'm blessed to meet the special people I encounter along the way. Thank you for being one of them.

Bingata744,
That sweetheart is in the area you mentioned. She may be hard to spot, tucked-away among all the kimonos. Holler at me on Facebook, if you'd like a guide. Thanks for visiting and your generous comment. I'll gp peek at your shisa, now.