Closing out the Month of April 2013: Too Many Things to Do 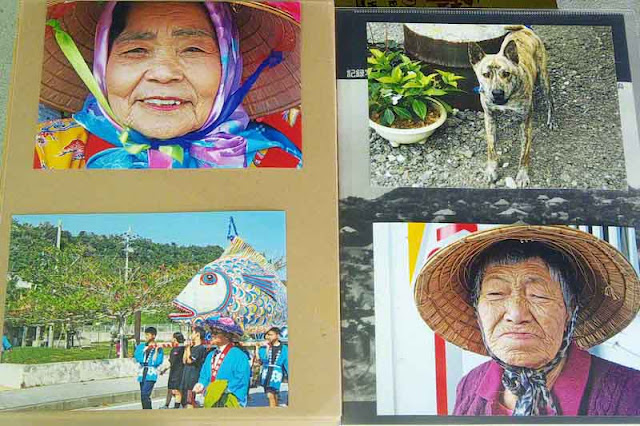 April has always been a hectic month for a cameraman in Okinawa.

This year it didn't get any easier.  It's not over, yet and, there's plenty more to do.

This morning, I ran down to the print shop early, trying to stay ahead of the game.

That's not a scrapbook, I'm making.  Just some prints I'll be delivering to people.

There's a Bit of Madness to My Method

Magazine editors and some of my best friends, don't always get it.

Sometimes, neither do I but, it seems to work.

When I hear of an event, about to take place, I research, all I can, about it.

Visit the village days, weeks or, months before and meet people.

That way, I'm not a stranger, in town, when it's time to use the cameras.

Most of the places I go, people are friendly.

So, what I like to do, is forget about all the paperwork and just shoot cameras.

Then, visit, a few weeks later, with some free photos to hand out.

Why Close Out the Month So Early ?

The next few days it's going to get real hectic around here.

There was supposed to be some sort of Pink Full Moon last night and, I missed it.

So, tonight, I'll be looking for the moon.

Sunday, we're going to another island for a ritual in a sea cave.

Monday,  will find me in the Orion Beer Brewery, shooting a camera.  No drinking.

And, while up that way, I'll see if I can catch that Ryukyu dog, again.

If I get a signed pet release on him, he may become a star !

Then, there's those adorable women from Henza Island, I have to catch-up with.

One, already signed a model release.  The other one will, too, I'm betting.

With all the things I have to do, it's best to close out April 2013 today.

Golden Week in Japan is all ready to kick-off !

Posted by RyukyuMike at 9:19 PM