Some Photos and a Short Tribute to Ernie Pyle

His tour in Okinawa Lasted 18 Days 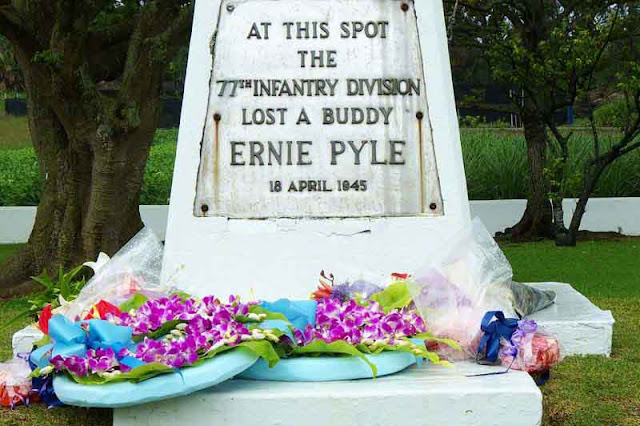 They don't call it the War of the Pacific, either.

It is simply called the Okinawa Senso.  The Okinawa War.

The photo above shows the Ernie Pyle Memorial Stone on Ie Jima.

Ernie was respected by the Army, Navy and Marines because he walked with them.

He walked the walk and, talked the talk.  He was a war correspondent.

He traveled and reported the war through Africa, Europe and the Pacific.

Ernie was awarded the Pulitzer Prize for correspondence in 1944. 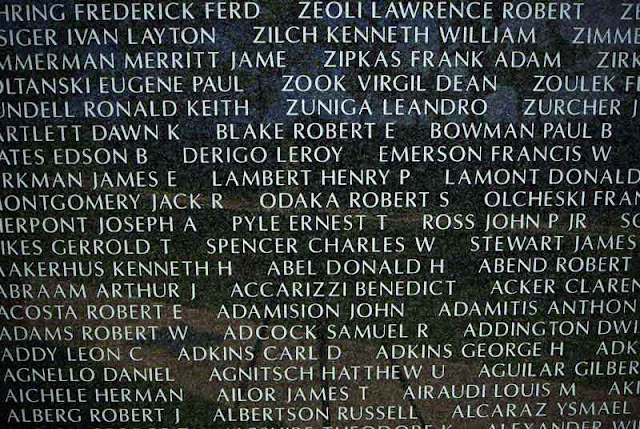 Yesterday, at Peace Memorial Park, I searched for Ernie Pyle's name on the walls.

Over 240,000 names are inscribed there, from victims of all nations.

We couldn't locate Ernie and almost gave up.

Then Doc Graff got the idea to do a computerized search.  And, it paid off. 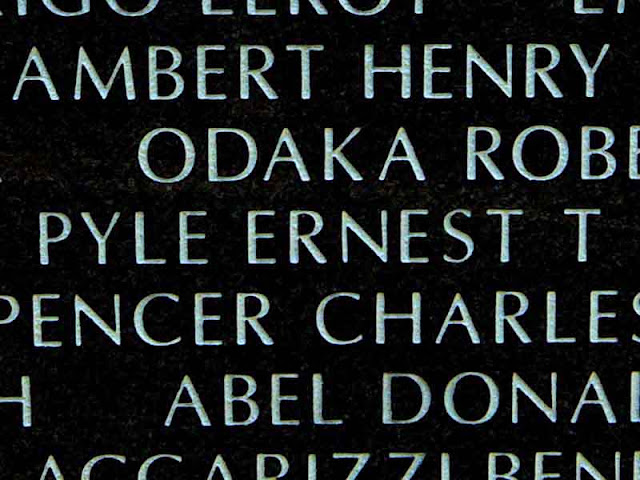 Pyle Ernest T, was engraved amongst the American civilians killed in the battle of Okinawa.

Anyone wearing a uniform and going into combat should read his writings.

The leaders of the world's countries, before sending young men to war, should read them, too.

The Indiana University School of Journalism can tell you more about Ernie Pyle than I can.

That's where I found a photo of Ernie on patrol with Marines in Okinawa.

Look at this column Ernie Pyle wrote and let it soak-in.  It's the best tribute I can give him.

You may also like: A Search for Uncle Sam