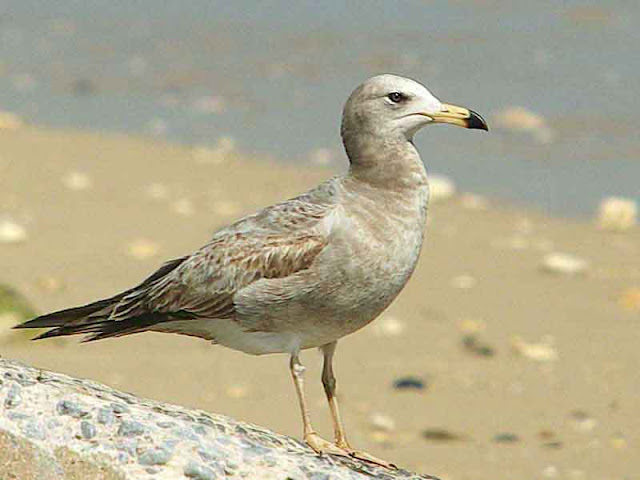 This bird is a youngster seen at Red Beach Okinawa, Japan.

The Black-tailed Gull is not a resident of these islands so, I'm guessing it's just a visitor.

More than likely, it followed a ship from somewhere up north.

We don't get many seagulls around here.

They may pass through these parts but, can't survive for long.

Something in the corals of this island kills them, I've been told.

So, this gull better find another ship to follow and go to a safer environment.

There's a place in Aomori Prefecture he'd probably like.

At Hachinohe City in mainland Japan, they built a Shinto Shrine for these birds.

And, some brave gal named Rie Hara was dodging bird poop to make this video for you !

Posted by RyukyuMike at 7:58 PM