Shrines and Temples in Okinawa Day and Night 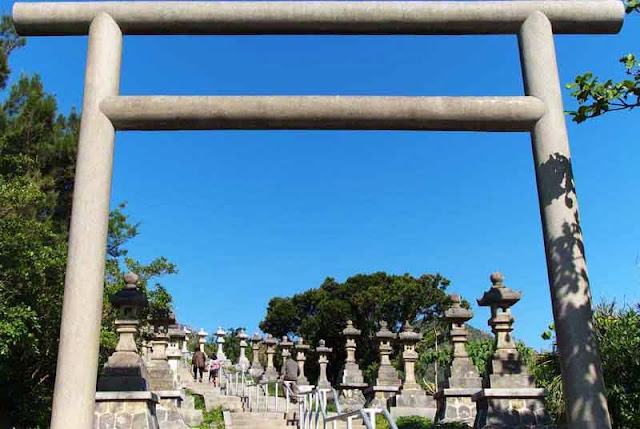 New Year's Day the sun shined down beautifully and there wasn't a cloud in the sky. Never one to complain, I looked around for some clouds to help me.

At the time of the day we were out shooting, the light was fairly challenging. 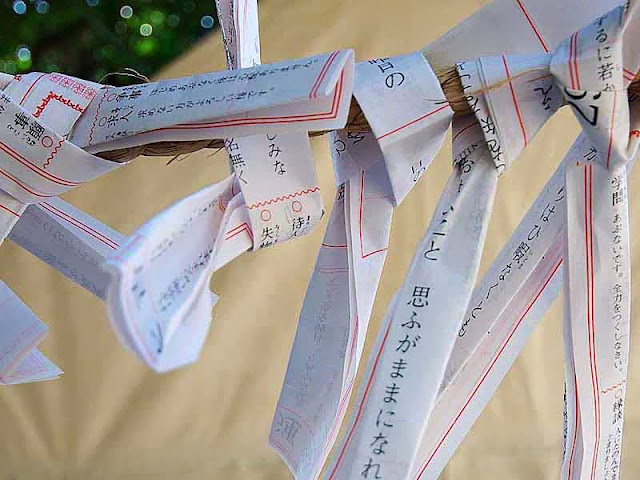 So, I sneaked-off into the shade to shoot these fortunes.

The whole first week of the new year, people swarm to the Temples and Shrines.

After a while,  deciding the sun was to bright at some of them, we came up with a plan.

The Map It Okinawa Dude and I planned to do some night shooting. 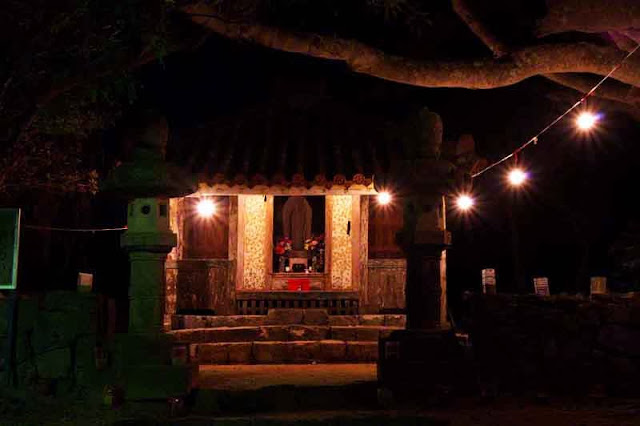 We were at this small shrine, out in the country, in the afternoon.

The shadows and light were so horrible, I threw the images away, to save my reputation !

Lucky for us, a pretty gal came along and told us the place would be open at night. 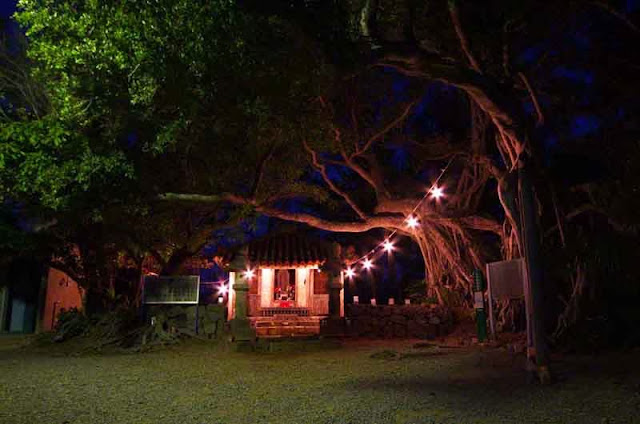 Nobody else, came along after dark, so I had plenty of time to use slow shutter speed. 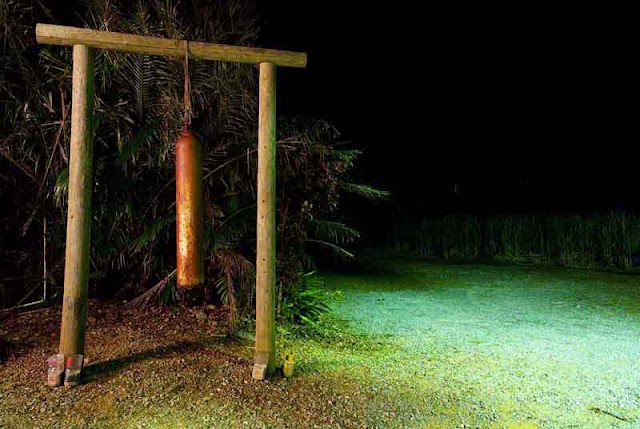 They didn't have one of those big bells, you ring with a log.

Did you know, they ring those things 108 times, for the vices of man ? 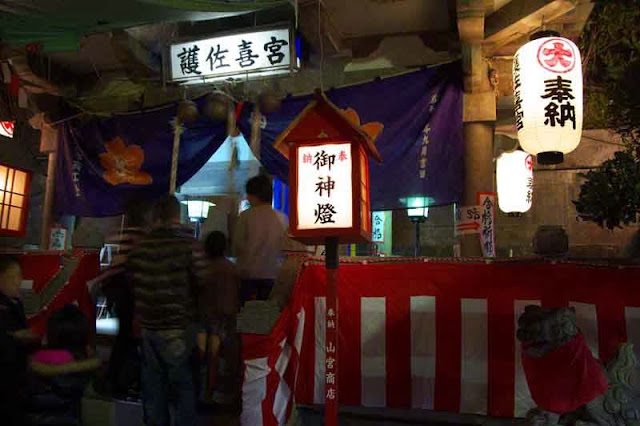 Next, we went to a real busy place in Nago City.

It's a little tricky taking photos when lots of people are moving around. 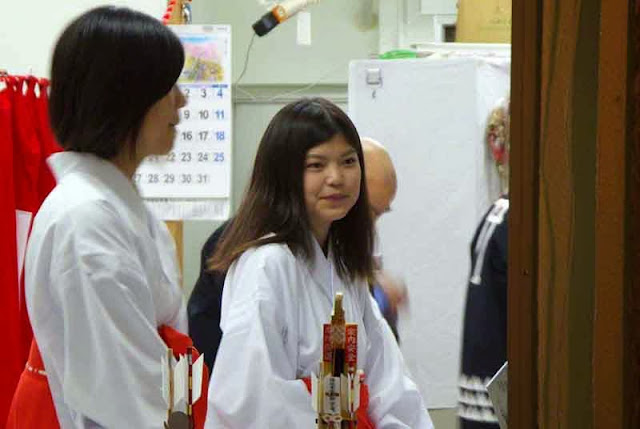 So, I took a break and bought some trinkets, for good luck. 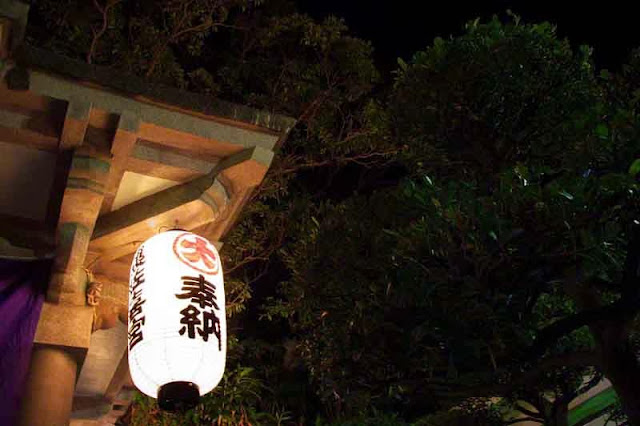 And, I got enlightened. 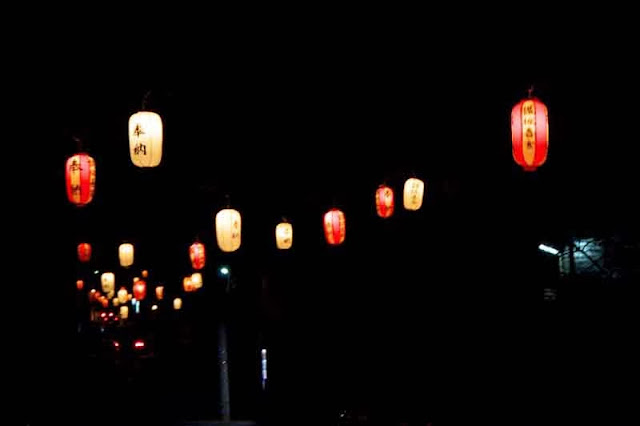 Quit shooting, where people are moving around and, aim higher !

This is the view looking down the street from (護佐喜御宮) the temple in Nago,

Posted by RyukyuMike at 4:13 PM