Travel Photo: The Striker for a Buddhist Bell 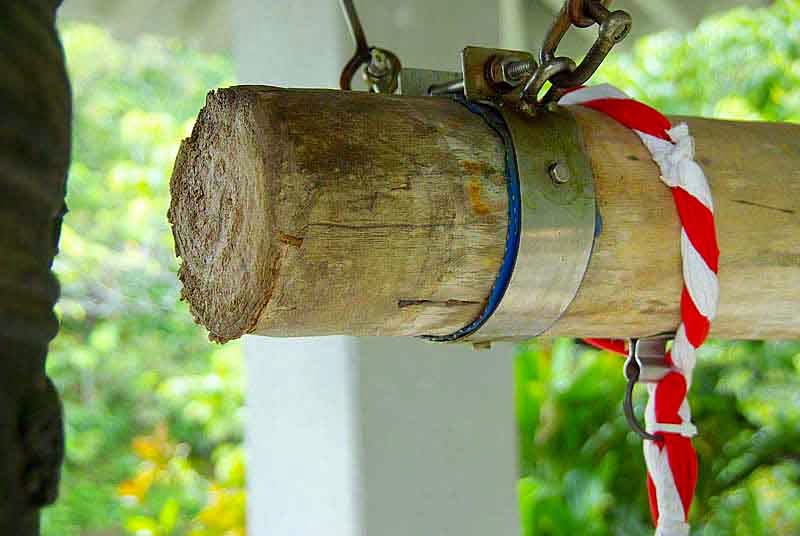 Close-up View of the Business End

This should you give an idea of what is used to ring the bell at shrines over the New Year.

Doing some research on the temples and shrines, proved interesting.

A survey done by the government of Japan discovered this in 2002:

The total population of Japan at the time:  120 million

The explanation for this discrepancy, may be found in Japanese Buddhism Today.

Or, you can take my word for it. Some people practice both religions.

Another little goodie, I found for you is this video.

Some people get classes on how to ring the bell loudly !