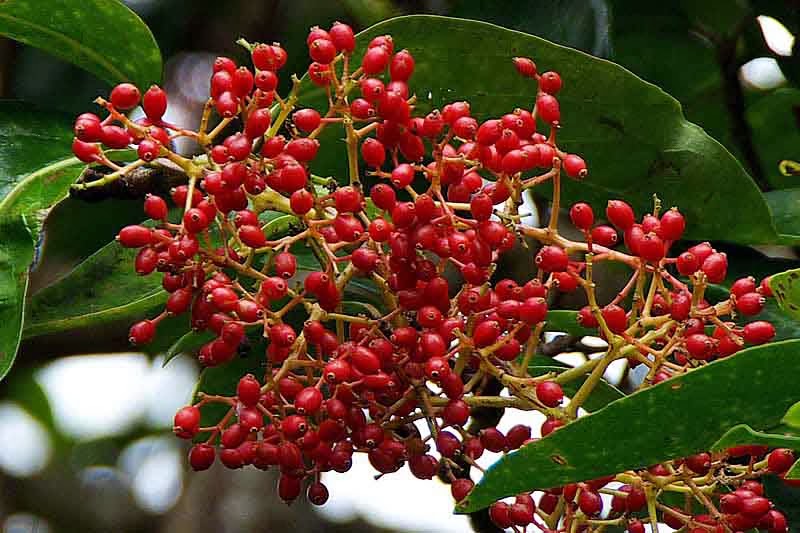 It seems there are over 150 kinds of these plants scattered around the world.

The photos, I'll post today, have been in my files since June of 2013. 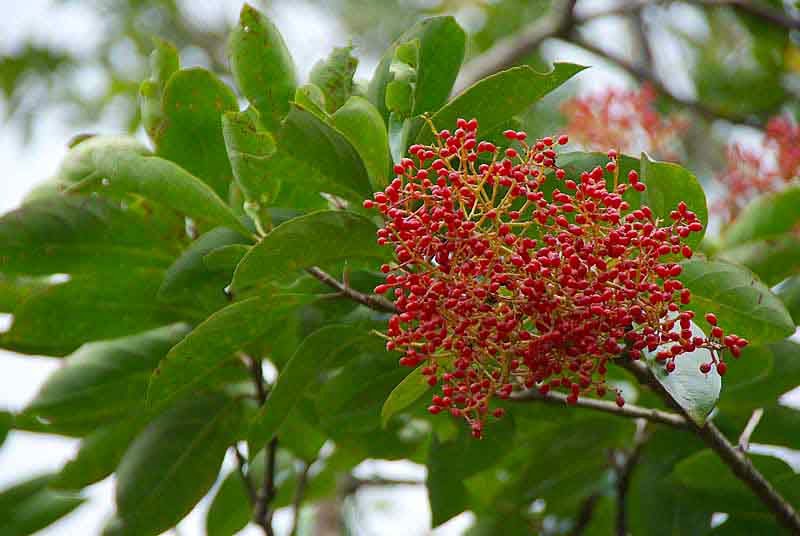 This tree was loaded with those red berries and there were no other trees like it around.

We were on some single lane back road,  high in the hills of northern Okinawa.

One of these days, I'll figure out how to turn the GPS on, for my cell-phone.

Then, I can find this place again and, see what kind of flowers, bloom in the Spring. 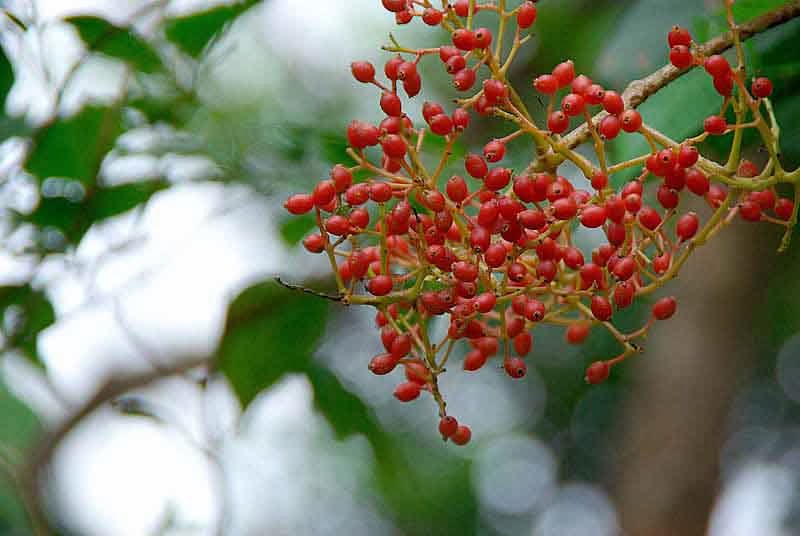 It's important, to verify, as many sources as possible, when posting this scientific stuff.

And, I like to let people know whether a plant is poisonous or, not.

Sometimes, I get readers, asking me, where they can buy seeds, when they see something they like.

So, I link to Dave's Garden.

Most of my resources say, birds eat those berries.  But, I wouldn't.  I'm not a bird.

The most entertaining site, talking about these berries, I saved for last.

This guy is probably a bit older and wiser than me.

And, he used to be a newspaper writing man so, he really knows how to use his words.

He sounds like an authority on Viburnum, to me.

And, he throws some real interesting, extra special, information on his site.

He tells about the obituary, he wrote for somebody named Eleven Chairs.

Posted by RyukyuMike at 2:18 AM