Nisshudo Cave in Kin Town is Where It's At (15 Photos) 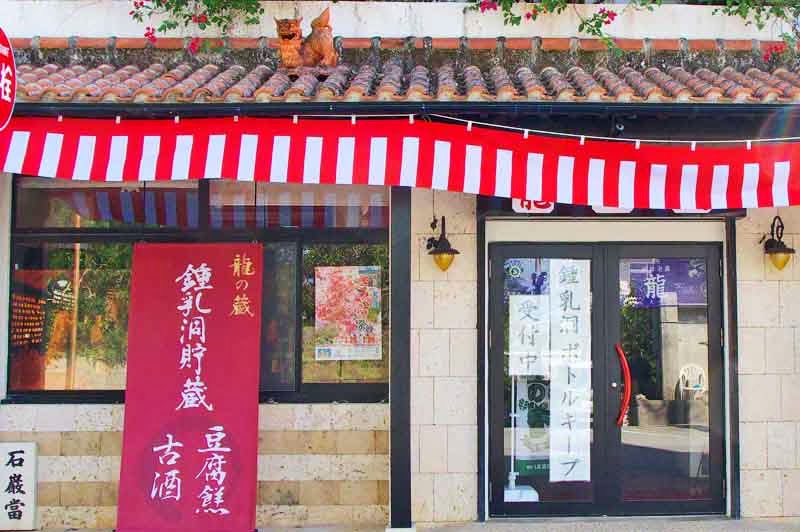 The day began here.  When I asked if I could tour the caves with a camera.

That's how I discovered I needed to make an appointment. 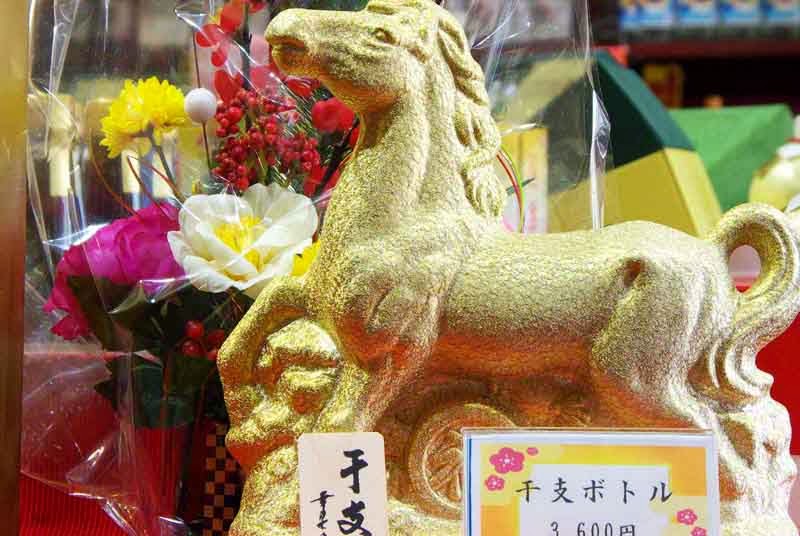 2PM was the next available tour so, I said I'd be back. 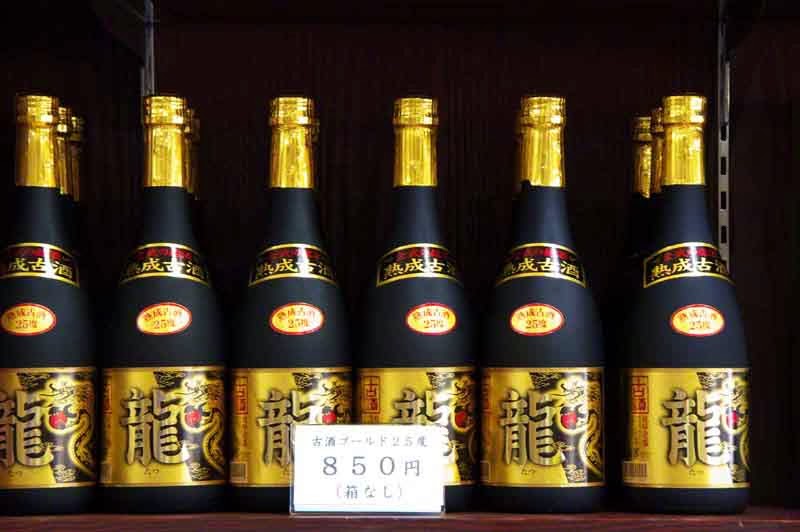 Arriving early, I shot some photos of sake bottles, to kill time.

I figured there would be a big crowd of tourists.

Taking photos in a cave, with people moving around, isn't much fun. 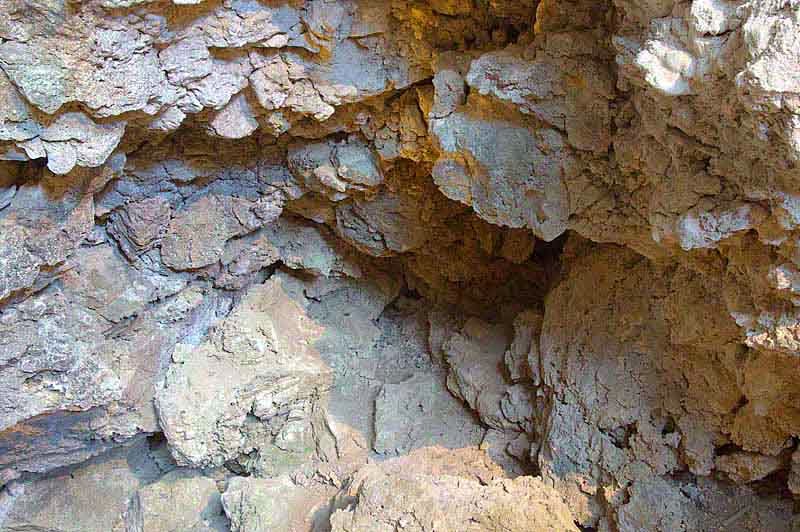 But, I got lucky. Nobody else showed up. 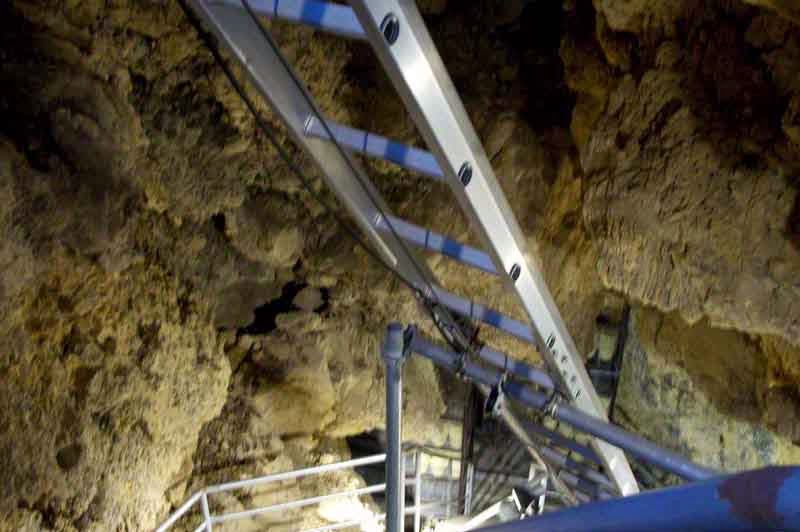 It got me thinking, if the gal who drove me would leave, I could have the whole place to myself.

She flipped on the light switch and left, saying, "Come back this way when you're done."

Maybe, that's because, I think too loud. 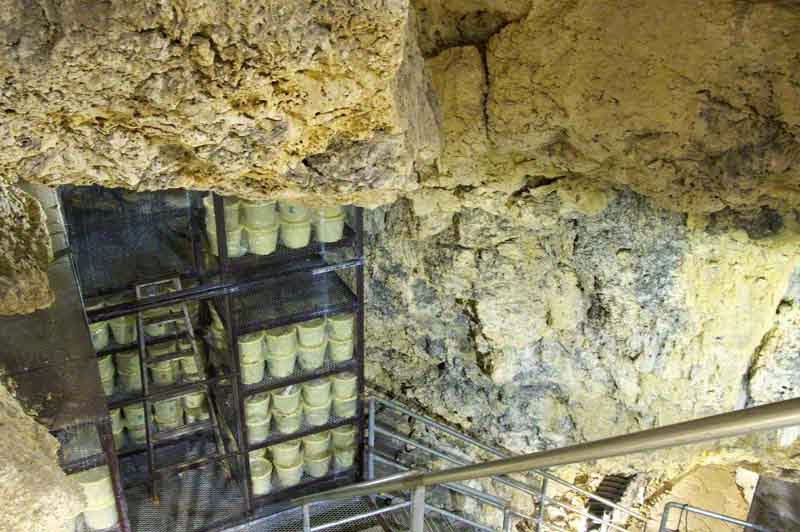 All by myself, down there I went. 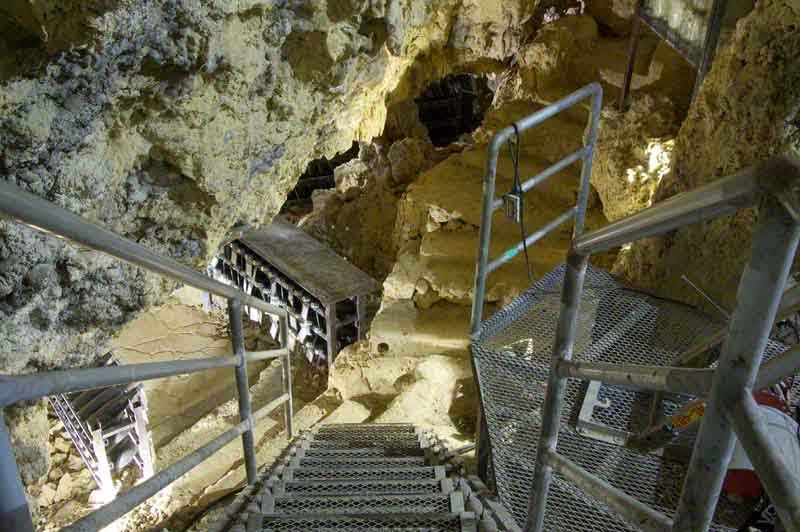 Man, I was happier than a kid turned loose in a toy store. 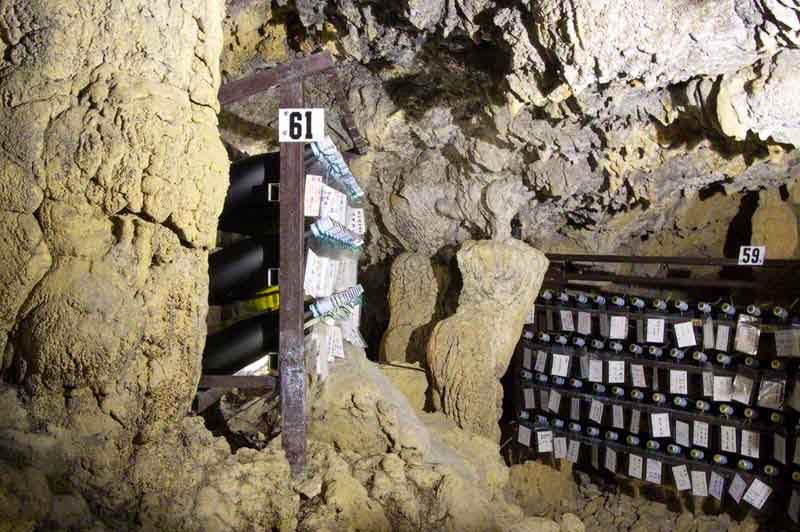 They have more sake bottles stored in there than anyplace I've ever been. 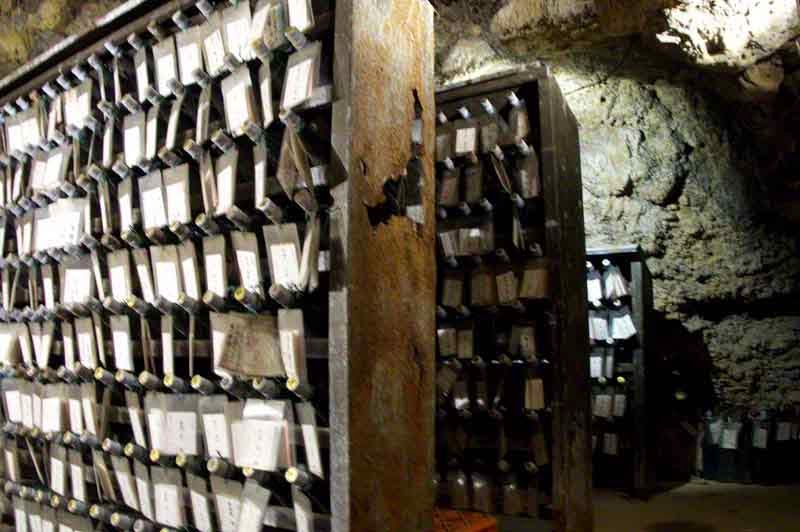 It would be a good idea to go back and ask them, how many are kept in there. 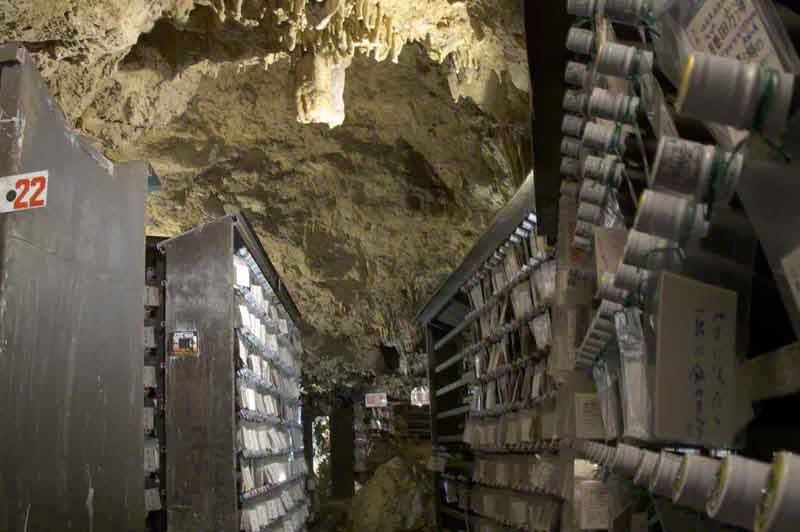 Thousands, would be my guess. 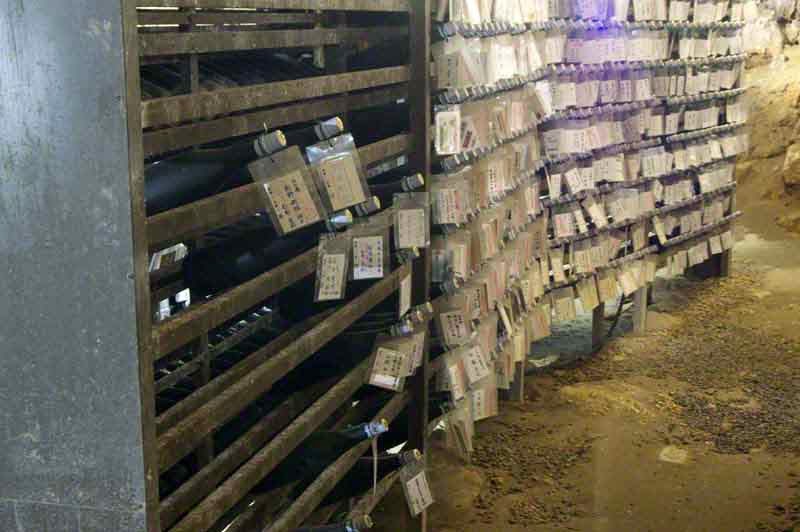 Maybe, there are tens of thousands.  I don't really know.

But, I know I fall asleep just singing 100 Bottles of Beer on the Wall.

So, you really don't want to see me count sake bottles. 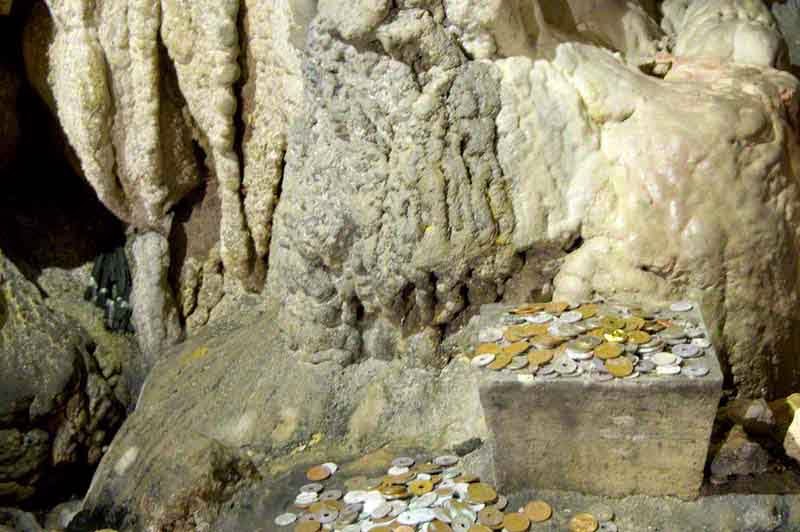 One spot in the caves, had a place where people left offerings of coins. 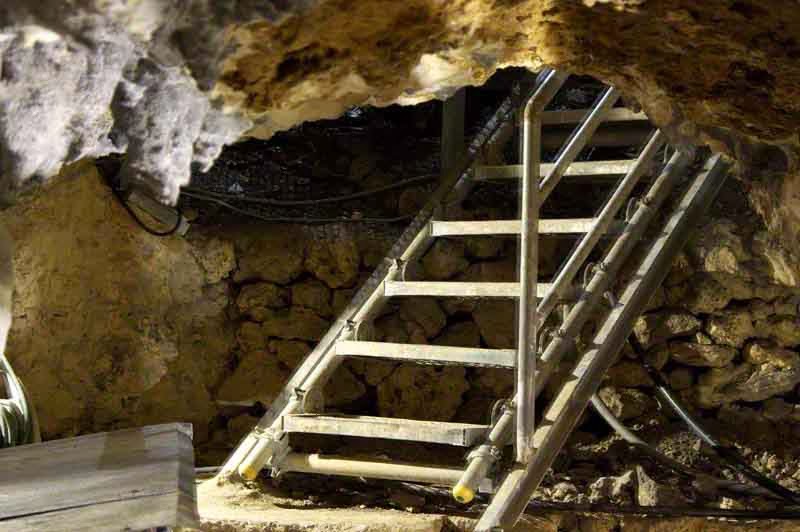 That made me remember, I needed to find a coffee machine so, back up, I went. 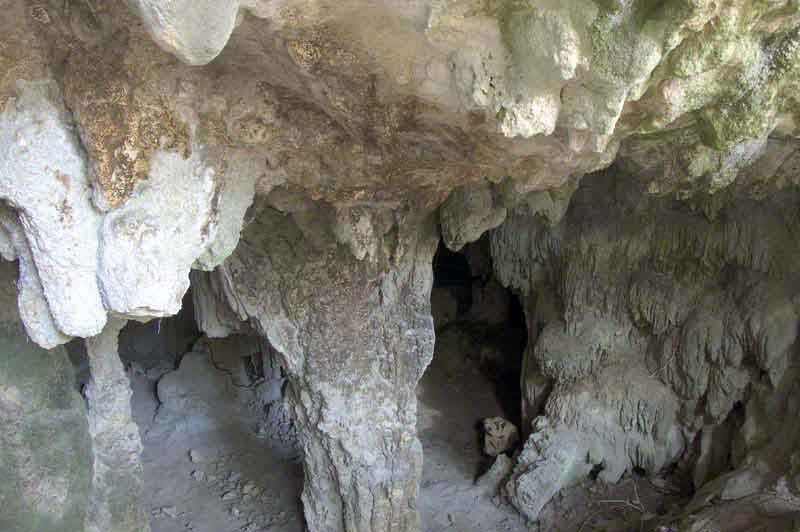 You could get lost in there, if you don't follow the arrows on the floor. 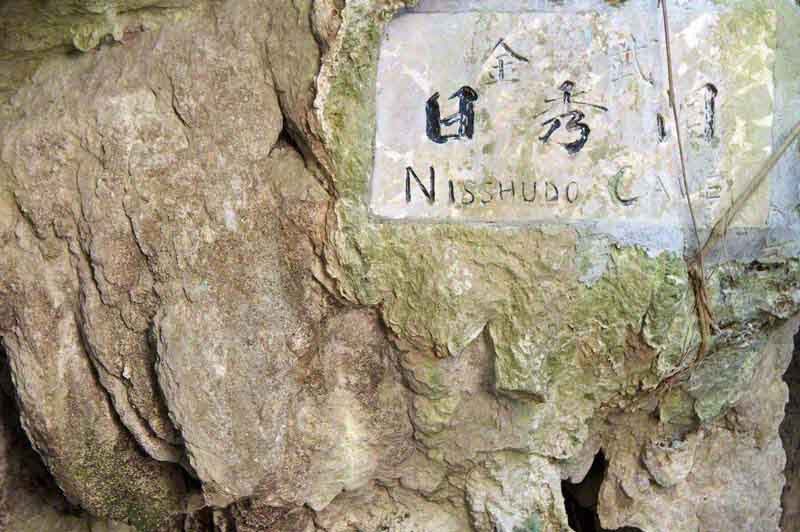 The gal who drove me there was sweeping the cave entrance when I returned.

So, I told her to take her time and shot this sign on the way back out.

This cave, I've photographed and written about before at CNN Travel and TripAdvisor.

But, today's excursion, was through a part I have never seen before.

There will be plenty coming on this gem of a cave.

I have to go back and get all the information and, shoot some more.

It's only a few minutes walk, from my office !


Going Down How I Gotter Dun.  You Can Getter Dun Too