Send the Varmints Out to Sea

It was a few years in the making but, I finally attended an Abushibare, today.

The animated GIF above was the grand finale, you could say.

The toy boats are loaded with some snails that eat local crops. 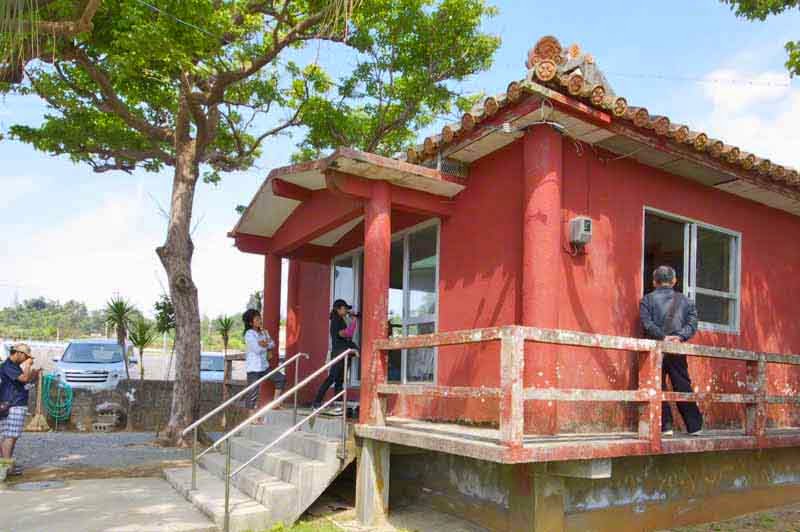 Rituals started at this red shrine called a Kamiya or House of Spirits.

It is a special building located near the Igei community center.

Years ago, a woman priestess (Noro) led the prayers at all community events.

And, the house of the Noro is right next door to this building. 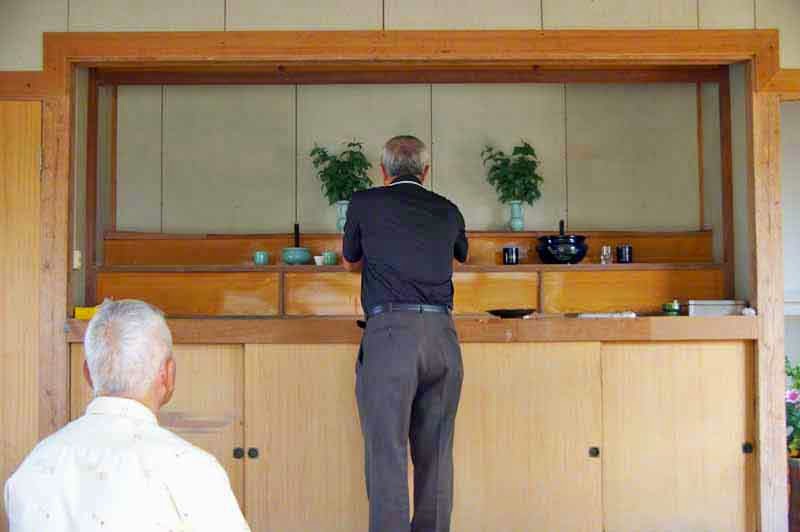 There is no longer a Noro in the village so, staff from the district office do the praying. 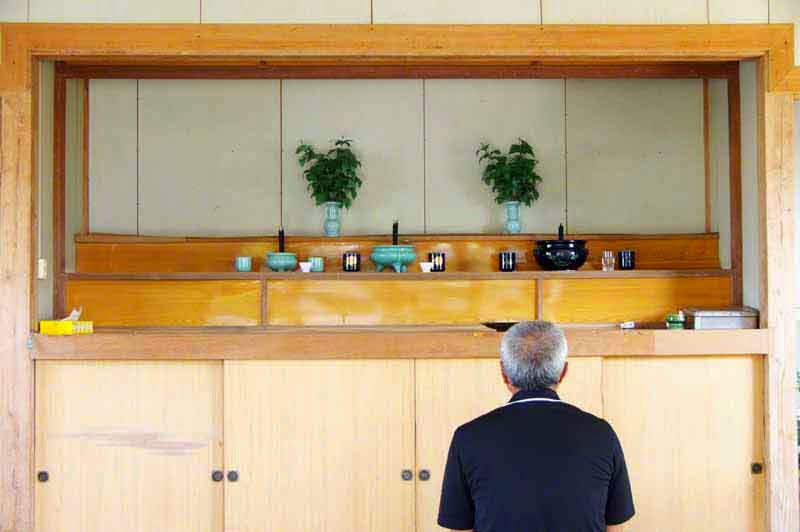 The District Chief, you could call him, leads in making offerings and prayers.

There are other people in this room praying but, I stayed outside the front door.

Having permission to photograph is one thing, being disruptive is another.

This is the kind of place, I don't want to be an annoyance at. 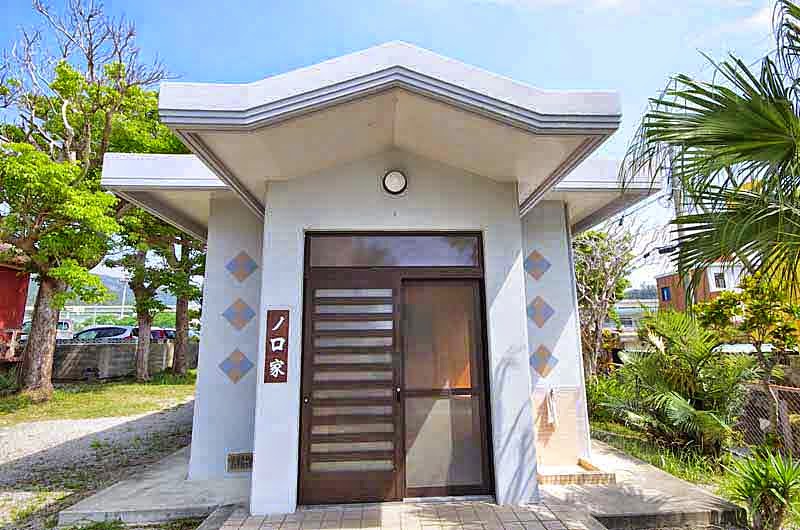 The white building is the house of the Noro.

Inside, at another altar similar prayers and offerings take place, led by a district official. 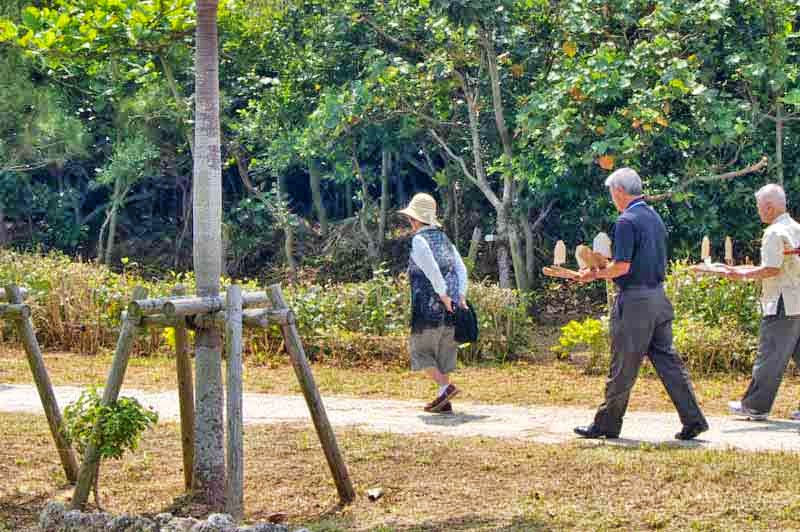 Once ceremonies at the shrine and Noro's house are complete, everyone goes to the ocean.

Look closely and, you can see men carrying small boats. 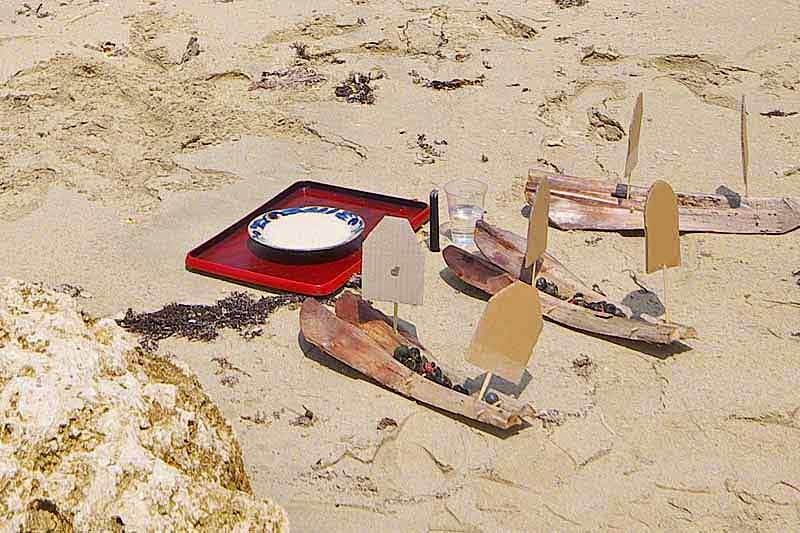 The tray contains a plate of uncooked rice.

There is an incense stick burning and a cup of awamori (sake) next to the rice.

The toy boats are loaded with Tanishi (mud snails) that eat our rice plants. 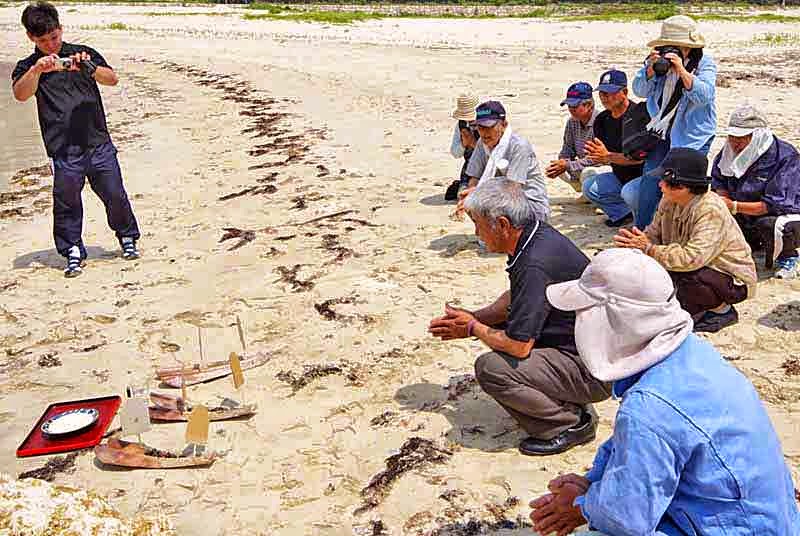 And, everybody in attendance wishes for a good harvest of crops. 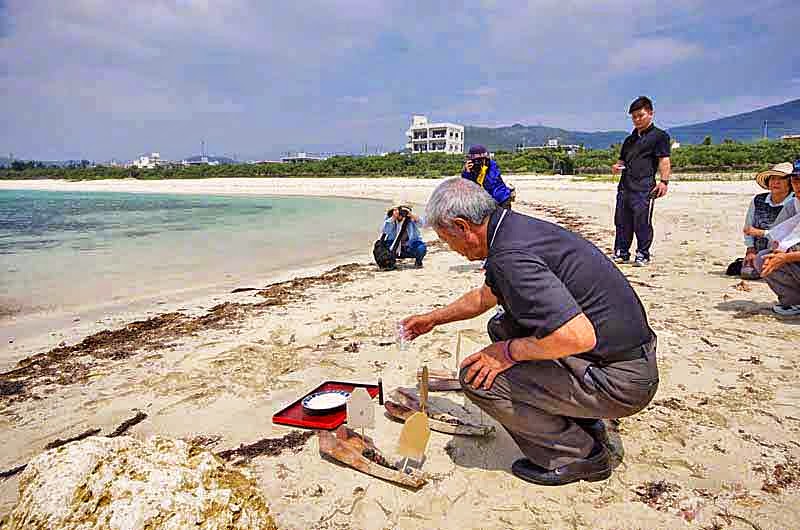 Whether he drank the alcohol or, gave some to the snails, I don't know. 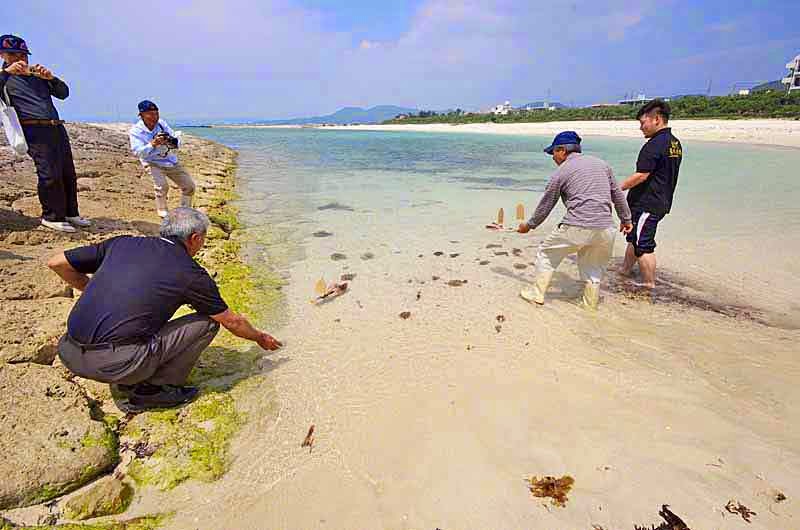 They grabbed the boats and sent them off to see the world.

Revival of an Old Ritual

Abushibare hadn't been performed in Kin for many years, maybe centuries.

The custom was revived in 2011 due to destruction of crops by the pesky snails.

Abushi, translates as, the ridges of rice paddies.

The clearing and cutting of weeds, on these ridges was believed to ward off pests and plagues.

In Igei district of Kin, the pests were snails so, they were sent out to sea.

Other villages have mice problems. They get sent away on boats, too.

For arranging my visit to this event and, help with translation, I owe special thanks to:

Visit YouTube to view a video of this event:

Posted by RyukyuMike at 3:42 AM

I always enjoy your ventures and photo essays, Mike! I learn something every time I stop by your site.
Thank you so much for doing this. It is a most valuable resource.
God bless ya! *hearty handshake*
Mick

Muza-chan, Thanks for stopping by and leaving a comment. Any rituals like Abushibare over in your part of the world?

+Steven McClary, It's my pleasure doing these sort of things. And, thank you !