It seems there's some group taking photos and adding Geo-tags to manhole covers.

With a typhoon approaching, landscape photography was out of the question, for today.

But, high winds, don't have much effect on manhole covers,  So, off I went to shoot some. 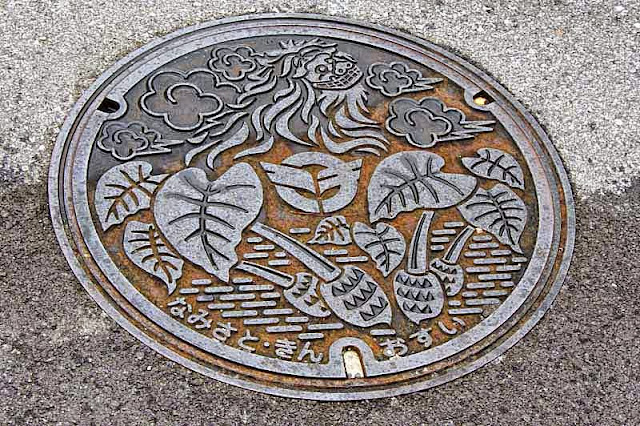 Nothing fancy, just your every day, grungy and unpainted ones.

The handheld Garmin GPS was brought along to get latitude and longitude coordinates.

A dozen locations were documented, along the northern boundaries of Kin Town.

Just a few samples will be posted here. 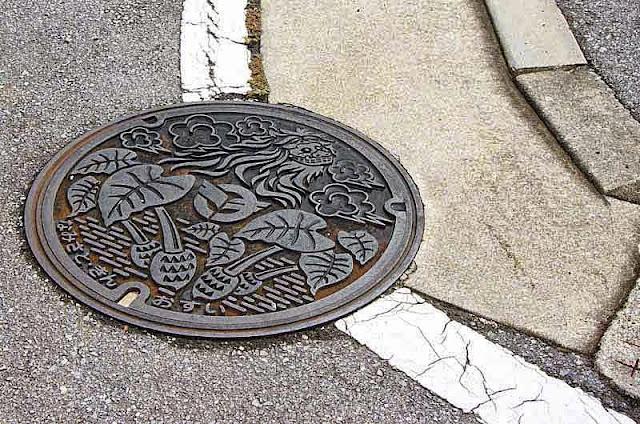 The artwork on these sewer covers is pretty impressive.

But, we don't have any problems with people stealing them to decorate their homes.

Many other places, around the globe have manhole cover thievery problems. 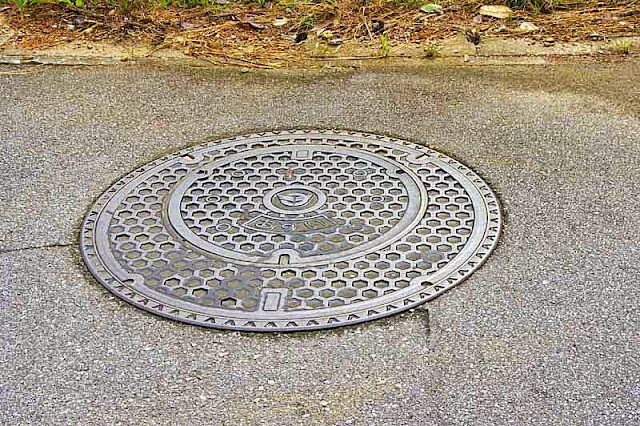 Beijing, China loses about a quarter million manhole covers in one year.

The scrap-metal industry and, thieves, gobble them up.

It got so bad, they invented smart manhole covers to help catch the rustlers.

They began embedding GPS chips in them.

And, when a manhole cover is moved, it notifies the authorities.

Bogota, Colombia was having 10,000 manhole covers, lifted each year.

They started placing satellite tracking devices in them, too and are catching the crooks.

Engineers in Taipei developed a new type of manhole cover, made of cement.

The metal covers, were slippery and causing vehicle accidents on highways.

So, they started replacing the manhole covers and burying them underground.

This Could Become a Trend

Suppose countries around the globe, decide to bury the manhole covers.

Maybe, that's why somebody came up with the idea of Geo-tagging photos of them.

The search ended with Finley + Muse.

These guys may be on to something if, they're doing it world-wide.

This could be the beginning of The Society for the Preservation of Manhole Covers.

Posted by RyukyuMike at 5:00 PM

Muza-chan, C'mon, these aren't the beauties. I'm saving them for later !