Found While Researching a Folk Story

It's fun checking the background for local legends and folklore.

Sometimes, you come across landmarks or historical evidence behind the stories. 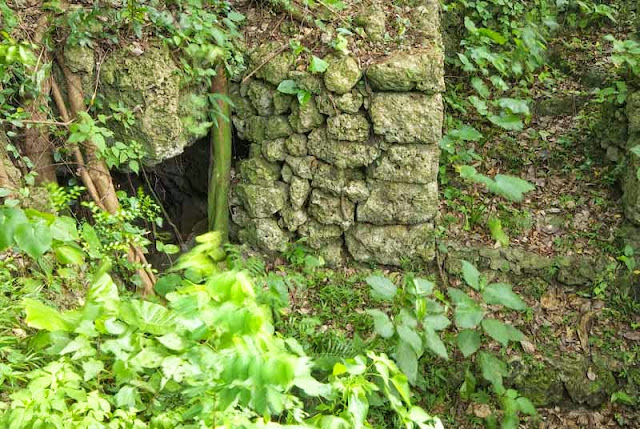 Armed with a print copy and some internet references, I went looking for this cave.

An online map listed it as Dondon Gama, located in London Park. 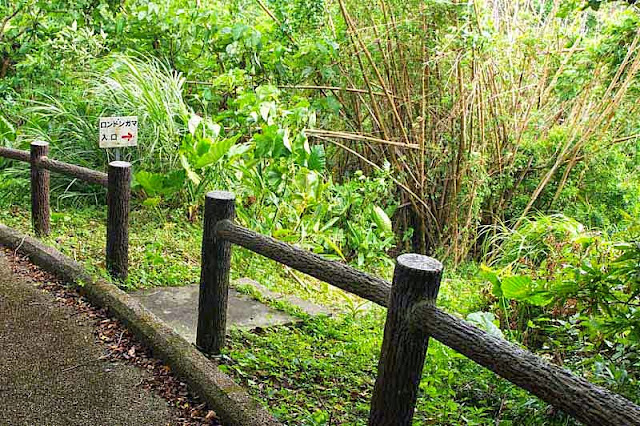 At the park, two teachers were watching a group of children playing.

Asked if, they knew the location of Dondon Gama, they checked on an iPhone.

And, they pointed up the hill, across the road from the playground.

A sign mentioned, London Gama and, pointed the direction to the entrance. 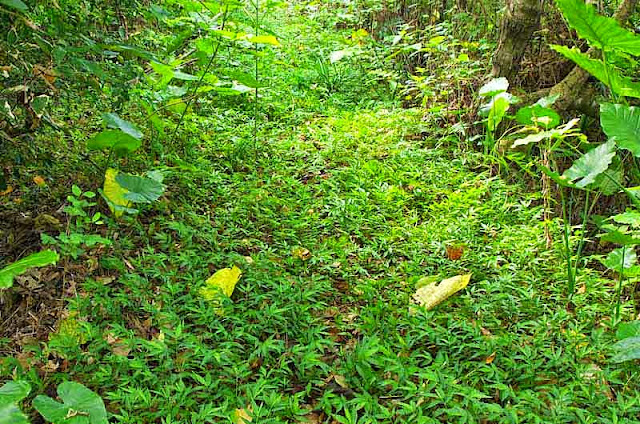 There was barely a trail visible and it was a little bit rough going.

This is the time of year, you don't want to accidentally, wake a sleeping snake up. 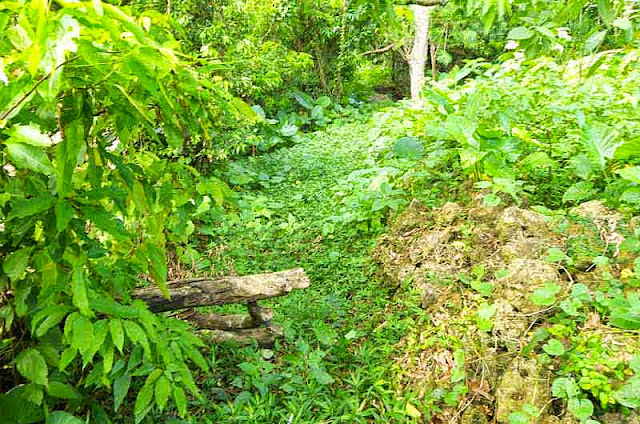 Besides watching where you step, it's a good idea to look up, too.

Every now and then, spiders (as big as your hand) will have webs, stretched across the trail. 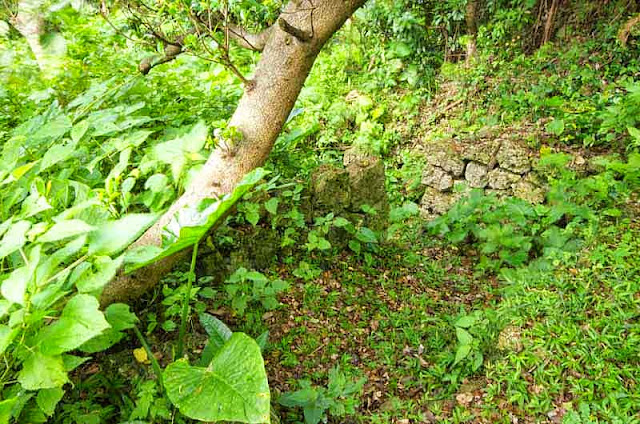 The entrance to the cave is mostly overgrown with weeds and vines.

Just beyond the stones stacked in this scene, is the cave. 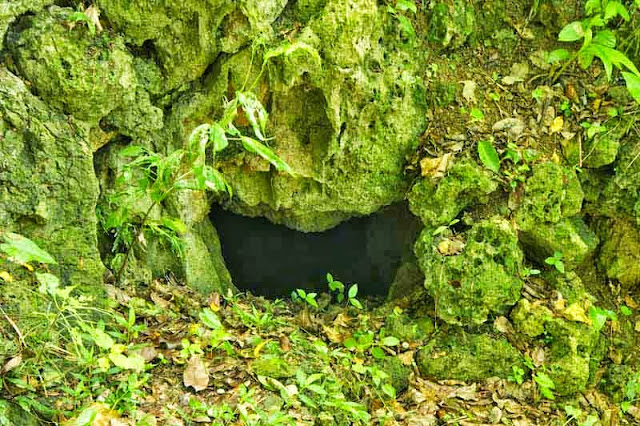 Of the three entrances, only two are large enough for an adult to fit through.

The largest one may be seen in the Umiyakara and Dondon Gama folktale.

There were signs of rituals performed (incense and sake cups) within the cave.

Staying outside and taking photos, was enough adventure, for me so, I did not enter. 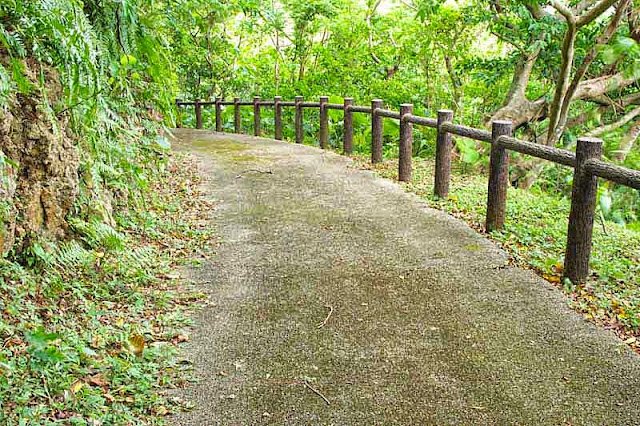 On a hot day in August, it feels good to get back into civilization.

Fifteen minutes walking down the hill to the Itoman Library, was what took place from here.

It turned out to be a good idea because, they had air-conditioning and free drinking water.

Plus, a librarian confirmed we, discovered the cave named, Dondon Gama !

Posted by RyukyuMike at 1:28 AM