Things to Do on a Moon Shoot

The Moon Isn't the Only Thing Out There

As long as the skies stay clear and, rain doesn't fall, I'm out there for three nights.

If you're lucky, the moon can be photographed under ideal conditions at least once or, twice.

It's a good idea to start a few hours before sunset and scout out several positions. 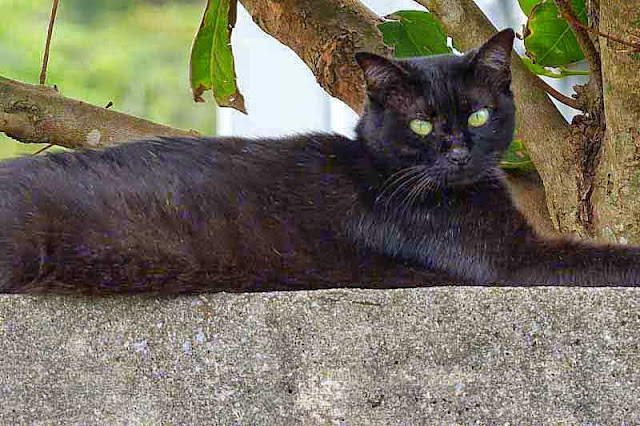 As I was heading towards a ridge-line, overlooking the east coast, I spotted this cat.

You never know, when a photo of a black cat, might come in handy.

So, I shot the thing and, did some patching-up with Adobe Elements.

The rascal was missing lots of fur, like it had been in a cat fight or, something.

This one , reminded me of the cat in a folklore story. It just stared at me.

And, coincidentally it was on a wall outside a cemetery. 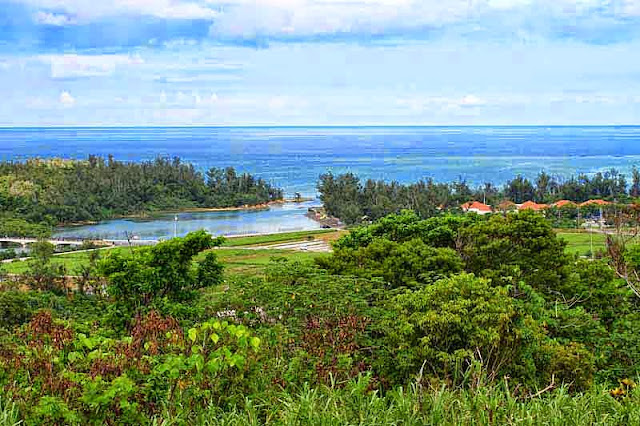 The cat sort of  gave me the creeps so, I walked around the cemetery instead of through it.

That's how, I came upon this scene and, decided to wait for moonrise, somewhere nearby.

This was my third night, in a row, chasing the full moon.

The Okukubi River, flows into the sea in the center of this image.

It would be nice, if the moon appeared somewhere near the center of the frame, too. 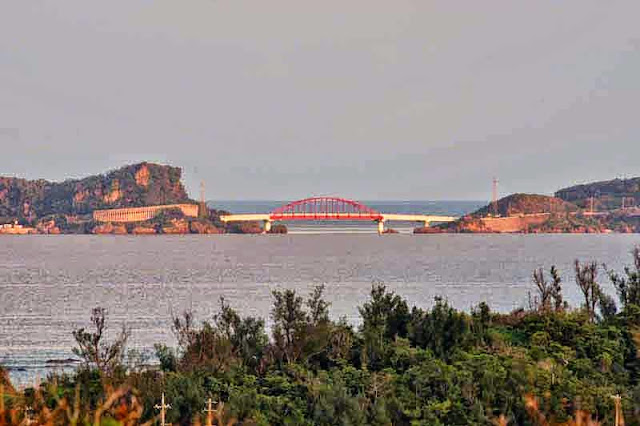 The sky turned awful colors, a few times and, it even rained for a little while.

To keep myself occupied, I shot the red bridge, way out in the distance.

Earlier in the day we crossed that bridge, connecting Miyagi and Ikei Islands. 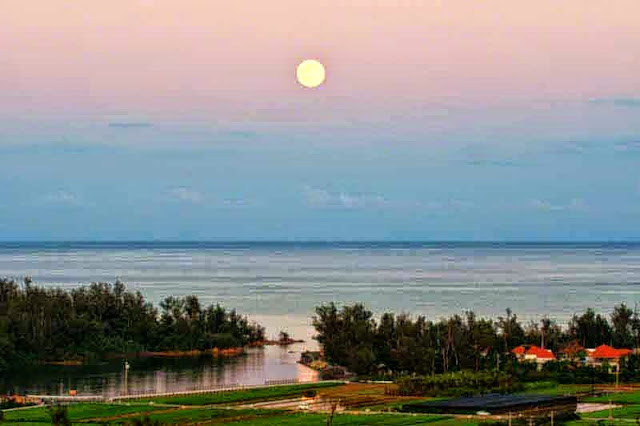 When the moon, finally rose above the clouded horizon, I had to run about 10 meters.

That way it came close to being centered on the mouth of the river.

A few quick clicks of the shutter, using the timer and a tripod and, I was out of there. 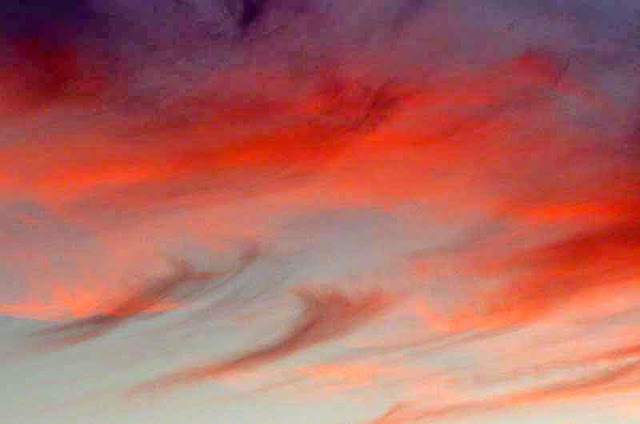 On the way back into town, I noticed these clouds being hit by the setting sun.

In a hurry, I put everything back in shooting mode to nab this shot.

You never know, when somebody might need an image of red clouds.

For Anyone Who Read All of the Above

Something, I thought would be nice to pass along, even if it ain't about photography.

There are really only 3 kinds of people in this world.

There are those who understand math and, those who don't.
Posted by RyukyuMike at 3:00 PM

I really enjoyed the photos and it was even nicer because I could relate to the river and bridge that you mentioned. It's joyful to see albeit a bit painful because I know Okinawa will not always be this serene and pastoral. Thanks Mike

Kim, Thank you. It is nice to here from someone who reads my blog posts and, can relate to them.