Today I Went to the Ladybug Channel (Photos) Ladybug Lore 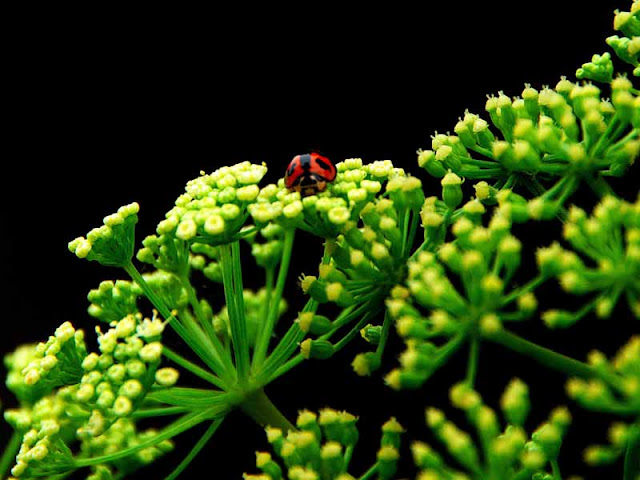 Sunday, while up in the pile of rocks and woods called the Okinawa Quasi-National Park, I shot a few Ladybug photos. 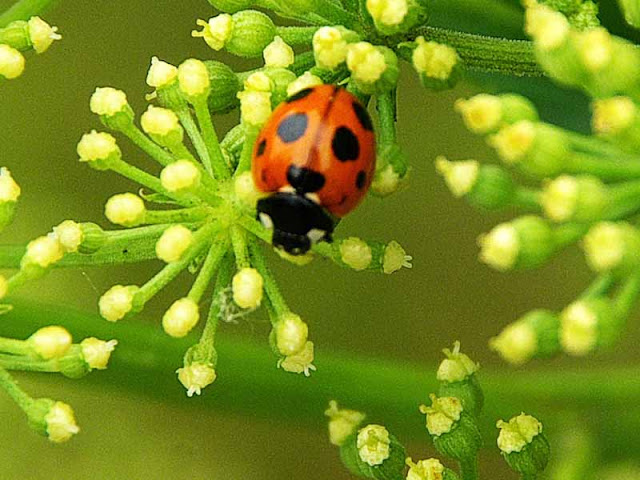 So, today I decided to do a little research on the critters. "Ladybug, ladybug, where you been" (Author Unknown) kept popping into my head. It's probably something my mother just made up when we were kids driving her crazy. 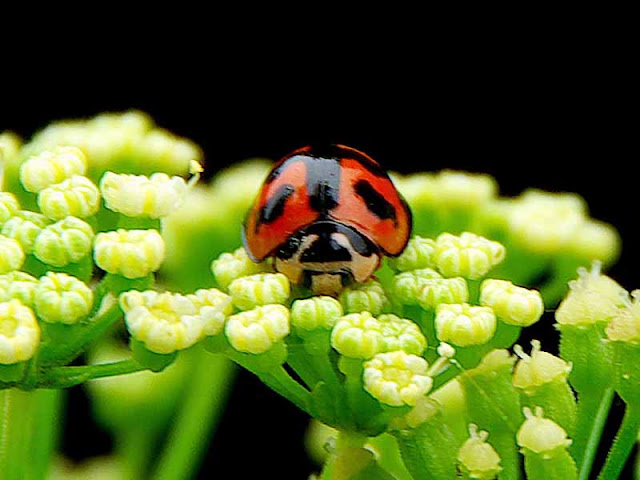 The most information-packed site I came up with, gave me these scientific names: Coleoptera and Coccinellidae.

After I learned that North America has about 400 different kinds of Ladybugs and there's close to 5,000 breeds of the species around the world, I decided, just plain old "Ladybug" is good enough for me.

Being a recovering farmer, I always knew Ladybugs were good for gardens. Some people who are too lazy to catch their own actually buy the things.  Did you know that ?

Here'a a few things I learned while looking at the Ladybug Channel:

If you eat them, they don't taste good.

They hibernate in the winter.

When the weather warms up and they wake up they spend a few days eating and doing frenzied mating.

The females must believe in multi-tasking. They can be breeding and eating at the same time.

If a man and woman in Norway see a Ladybug at the same time they will have romance.

Victorians in England thought if a Ladybug landed on your head you'd get a new hat.

Most cultures believe a Ladybug brings good luck and if you kill one, bad luck.

Some Asians believe Ladybugs understand what people are saying.

Some folks believe the spots on a Ladybug's wings mean a good harvest if they have less than seven, famine, if more.

A Ladybug crawling across a girl's hand in Belgium means she'll be married within a year.

In Brussels someone holding a Ladybug will count the black dots to figure out how many children they'll have.

Dentists used to crush Ladybugs and stuff them in your tooth to fix a toothache back in the 1800's.

The Ladybug Channel isn't video or anything like that.  It's just text you read but, you could spend an hour there, easily.  And there's no commercials to interrupt you.  Check it out sometime.

Visit my Website for THE PHOTO OF THE DAY

Posted by RyukyuMike at 5:53 PM

I am not a bug lover, but ladybugs are the exception. These are beautiful photos. Love all the interesting facts.

LadyE,
Thank you. I hope you meet a ladybug that brings you good luck someday and share it with me!