Dragonboats from Thursday's Festival in Naha Okinawa, Japan are keeping me busy this week.
Here are a dozen photos that will have to speak for themselves.  Holler if you recognize anyone. 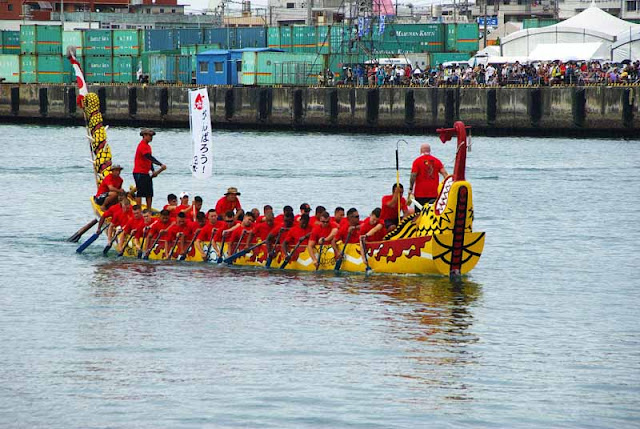 Judging by their hairstyles, I'd say these may be US Marines. 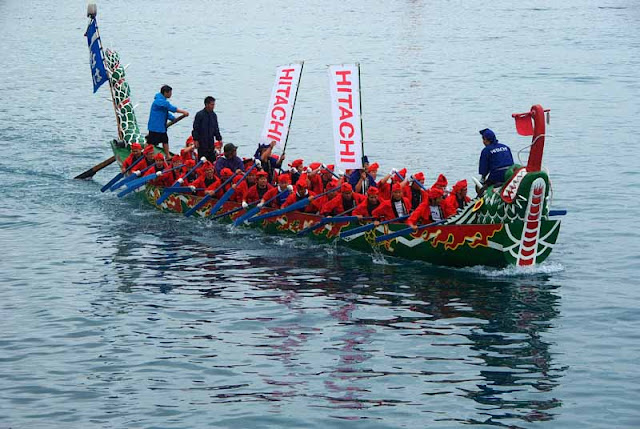 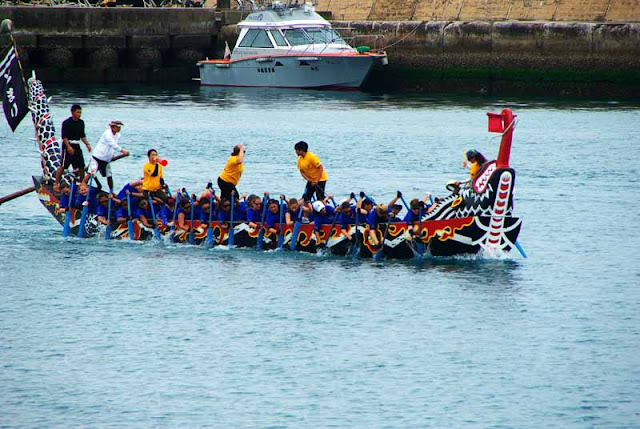 Not sure, here.  Maybe the blue shirts are US Air Force. 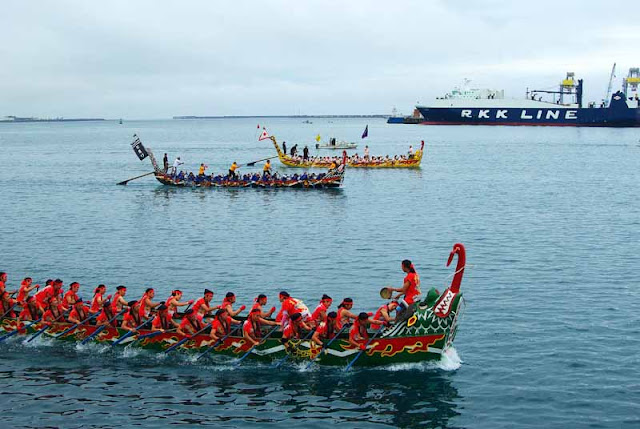 Here are the three Dragonbaots, yellow, black and green racing across the harbor. 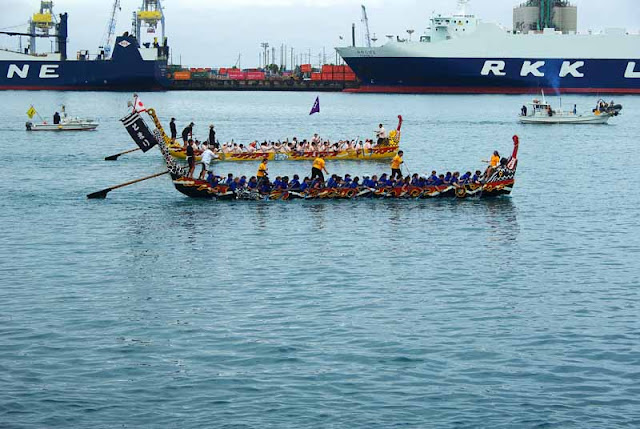 For a cameraman it doesn't matter who wins or looses.  All that matters is the light. 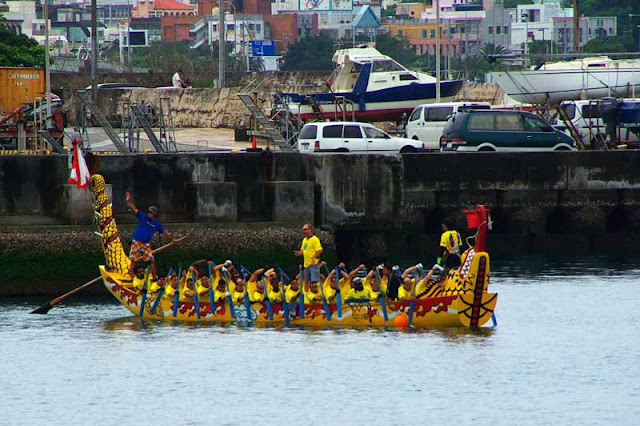 Now these guys, I'm fairly certain are US Navy dudes. 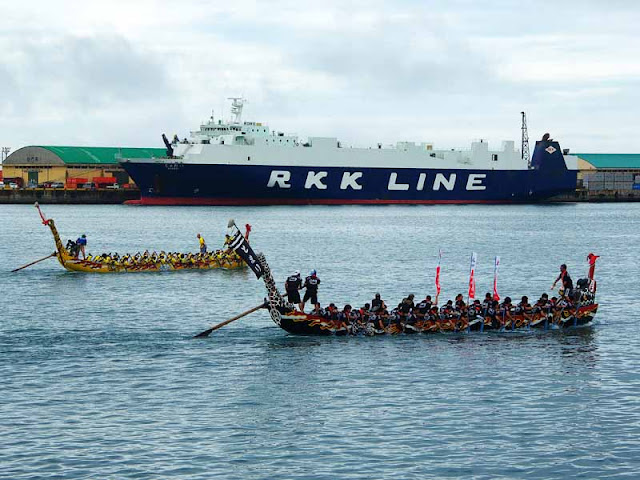 It sure would be nice if all boats were people powered and folks would stop polluting the ocean. 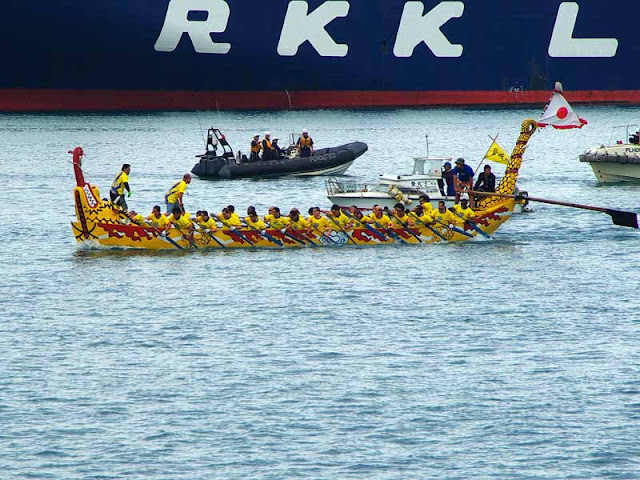 Those safety boats should stay out of my picture frames.  What'd they think?  A sailor can't swim! 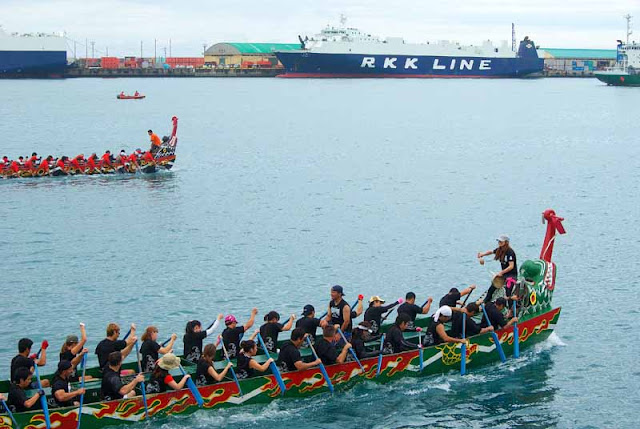 Next time I do the Naha Dragonboat Festival, I'm thinking I'll bring along an innertube and hop-in. 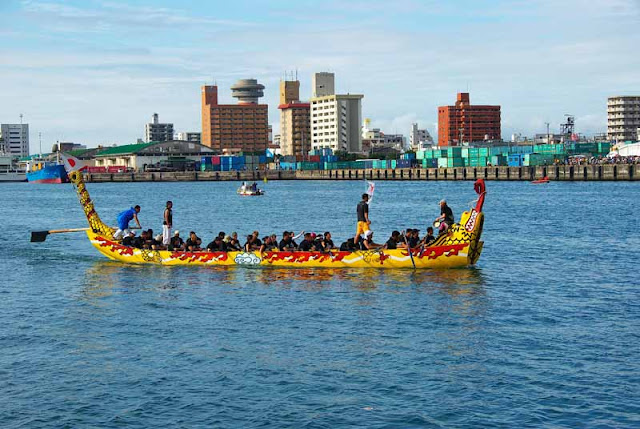 Down low is where you can catch the best scenes. 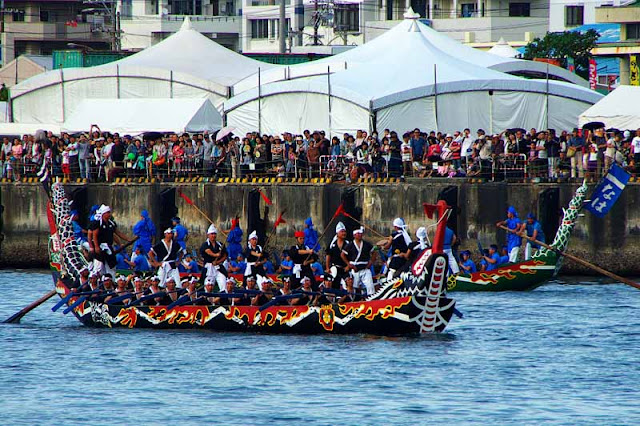 The very last race is a big event.  These guys holler-out chants to the gods of the seas. 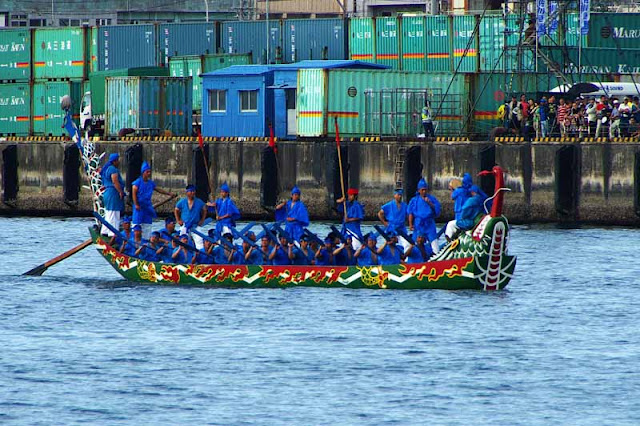 There's really no such thing as a winner or looser.  It's making the sea gods happy that really counts.

If you are US Navy, Army, Airforce or Marine and were in the Naha Dragonboat Races, I salute you.


If they put "Dragonboat" in the subject, I'll take it out of my junk mail.

Do you know how much money those guys make?

They made enough, while you were paddling,  to order a photo for everyone of you and give it to you FREE for being a great Ambassador representing the USA in Japan.

At this point, I'm halfway through developing the photos from the May 5, 2011 Dragonboat Festival.

I decided to create a new photo gallery, just for DRAGONBOATS ON MY WEBSITE and, as time permits, will continue adding photos of all the Dragonboat Races on the island of Okinawa.

Nice! Thanks for sharing. Awesome US represent there by the teams!

iDelish,
Thank you! I really appreciate you stopping by and know you must love our men and women in uniform doing great things around the world for the USA.

Get shots,and yup that would be us in the yellow shirt..GO NAVY..check out the dude with the fro at the back of the boat...that's me...Thanks for the suport...

Nice shots! Yup ,that would be us(NAVY TEAM) in yellow shirt,and I proud of the fact that I get to participate in such event let alone representing the US Navy although I'm not in the service...GO Navy!!

Sionefili,
Thank you! Let all your shipmates know where they can see their photos and I hope to see them in better weather next time around.
YEAH NAVY !

LadyE,
Thank you and I hope you enjoyed my rainy day photos.