I just saw this word recently.  It's in a brochure from the Dai Sekirinzan mountains in northern Okinawa, Japan.

When I read that,  I thought "Karst. Hah!  They spelled something wrong and I gottum good"!
It sounds like something you'd hear on the Redneck Channel.  "Hey, Bubba.  What'd that karst ya"? 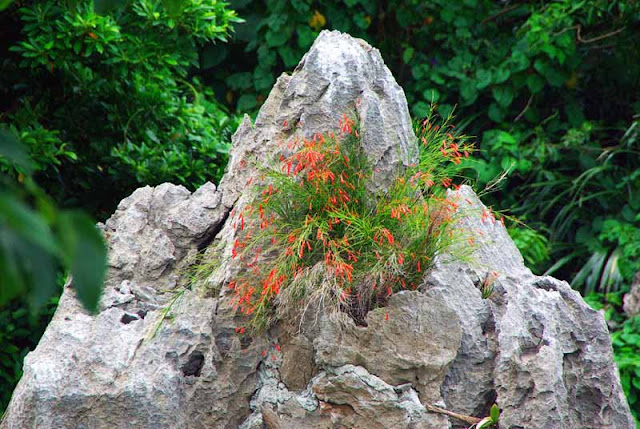 Well, I took plenty of pictures of these rocks and could hardly wait to get the research done. 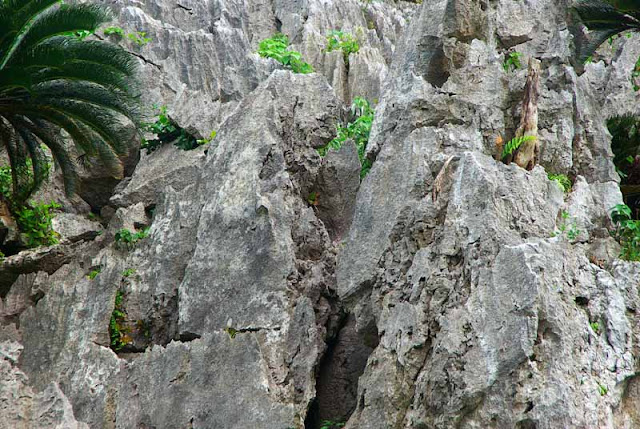 The mountains in the Okinawa Quasi-National Park are full of these limestone-looking, jagged rocks. 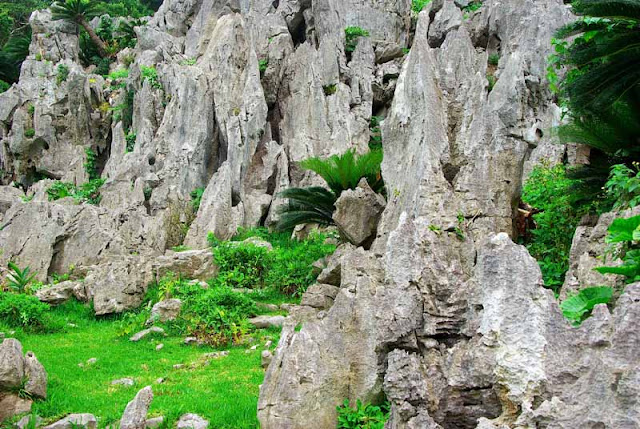 Some of them have flowers and ferns growing out of them and nice green grass grows around others. 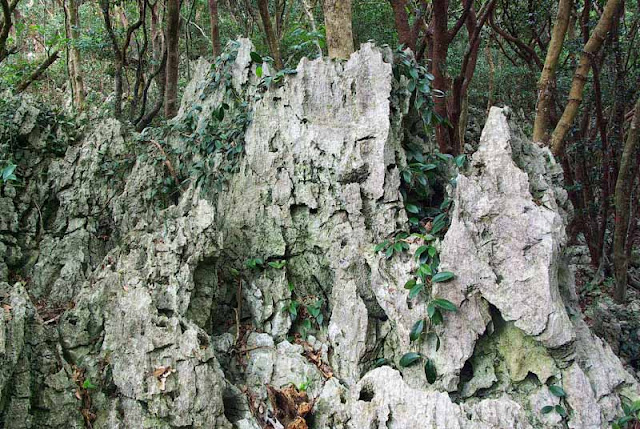 When you get back in the forest where there isn't so much sunshine, not much grows on them. 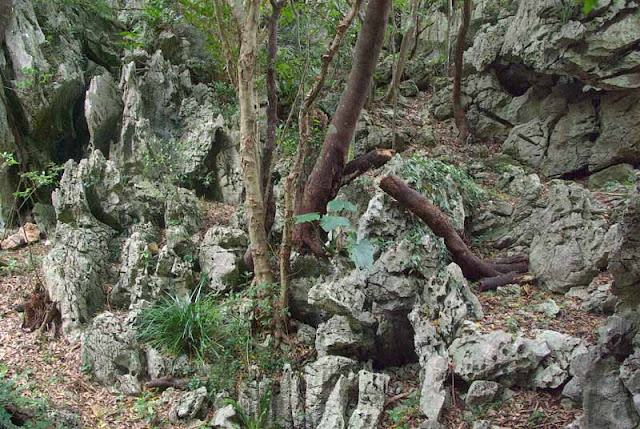 In some spots, trees grow between the rocks and stay there until they get blown over or fall over dead.

It's some rugged country.  Some of those rocks are sharp as a knife so, I wouldn't recommend walking around there barefoot or in flip-flops, because I can testify, it'll mangle your feet.

Well, I did my research for you.  Karst is a word that came from GERMANY.  No wonder I never heard of it.

If you want to learn more about it, all the scientific descriptions are in WIKIPEDIA.

You can study-up on rock science to see if there's any karst where you live.

That way you'll know where not to go in flip-flops.  Rednecks would say "It won't karst you anything at all"!

Great photo essay, Mike! You know there are lots of karst formations in Asia........beautiful stuff.

One of these days I might surprise you and pay you a visit on your beautiful island :)

Thanks for posting to Travel Photo Thursday....

LadyE,
That'd be great if you came to visit. I have this bottle of Canadian Whiskey. Don't know what to do with it. Everybody around here drinks beer or sake!

Cool! Some of the photos almost make the region look like a mini version of the Italy's Dolomites.

Great photos. I love the contrast of the grey rocks with the green ferns.

Expat in Germany,
Thank you. It was really a cloudy day when I took those shots so, cropped the shy out. The colors really stand out when you use slow shutter speeds and I like the contrast, too. Really, want to get back up there and catch some blue skies in the background, someday.

Evan,
Italy is a place I've never been to, yet. Maybe they have karst, too. Think I might grab a pizza for lunch, now!

Very cool photos! And in addition to enjoying your sense of humor -- I learned something.

Cathy,
Thank you. I learned something, too. Boots are better than flipflops, sometimes!

Well we learnt something new here Mike. Thanks for the geology lesson. Great!
BTW good to be back on deck here!.

Cool photos! The first one looks like a volcano for a school science project!

Strux,
Thanks. They really are some impressive rocks. Glad I learned the name of them!

Jim,
Good to see you back. Some gal, down your way was asking me what a redneck is. Don't you have them in your parts? I told her I'm a redneck !