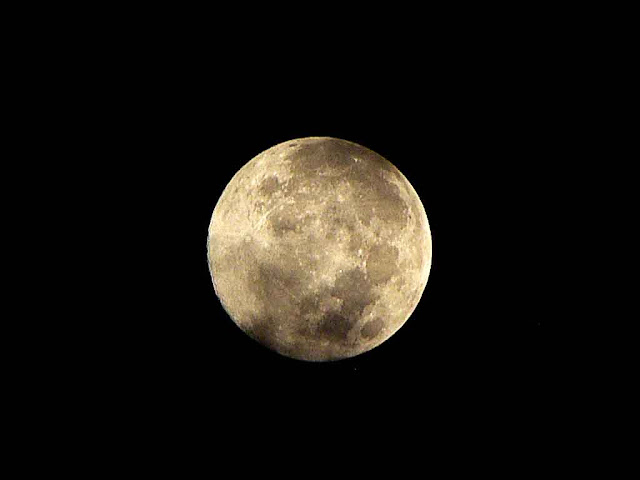 After a couple of days and nights chasing the so-called Blue Moon, here's what we got.
This photo was taken in Kin Village Okinawa, Japan.
The science community might want to argue about this one with me.
As I was walking home after a day of hard work and bar-hopping, it peeked through the clouds.
'twas the night of August 31st when I cracked my first beer.
So, this photo was in my Aug 31, 2012 photo folder.
But, the camera says it was 3:03AM on the 1st of September when the shot was taken.
That's Japan Standard Time because (ahem-ahum) that's where I live.
One of my astronomy buddies will have to tell us if this qualifies as the blue moon.
It sure don't look blue, to me.
There's too many definitions of a blue moon running around on the internet, if you ask me.
ABC News is supposed to always tell the truth.
So, you can go see what they had to say, if you're interested.
If I'd have really thought I saw the moon turn blue that night here's what I'd have done:
Toss the camera in the house and run back to the bar for a few more beers !
Visit my website for today's Feature Photo