Talking to Sundials Gets You Nowhere: I Have Proof 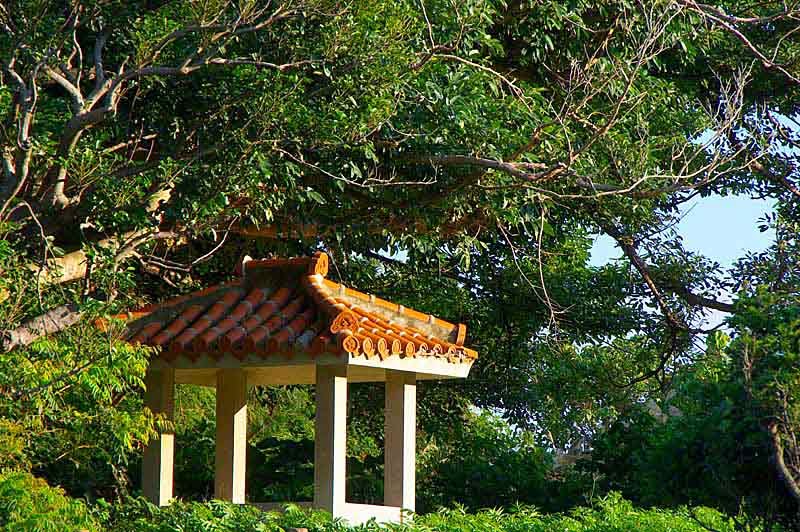 A trip to the outer islands inspired me to write this down as a reminder.

The day ended alright but, it took some doings to achieve our goal. 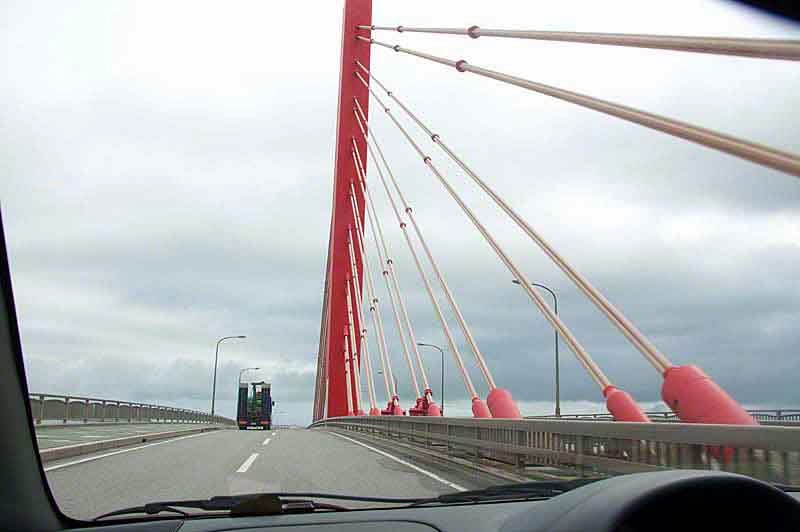 In the morning, the sky was looking pretty nasty, heading by car, over the causeway.

That put me in good spirits because we were looking for a mysterious cave.

For a photographer, caves and waterfalls are easier to shoot on cloudy days. 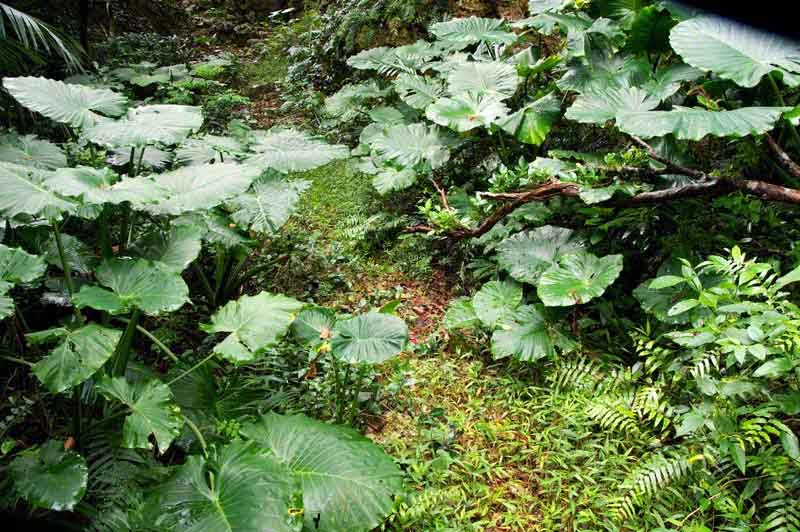 Walking through jungle trails, where the sun doesn't shine, you can get nice photos, too.

Twice, over the past year, we've been here, searching for a particular cave.

This was the trail, leading to the cave, according to the map we acquired. 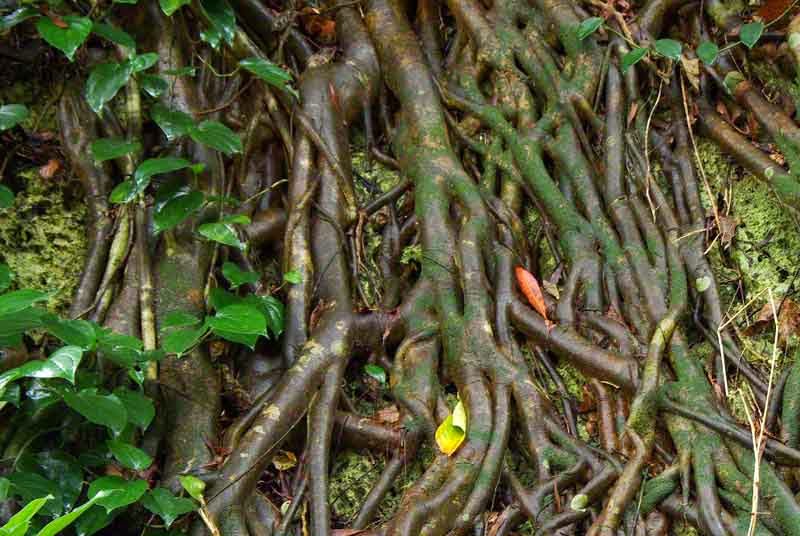 The Map It Okinawa dude, goes one way and I go another.

If one of us strikes gold (finds the cave), we can reach each other by cell-phone.

We cover a lot of territory and may not be in contact for hours. 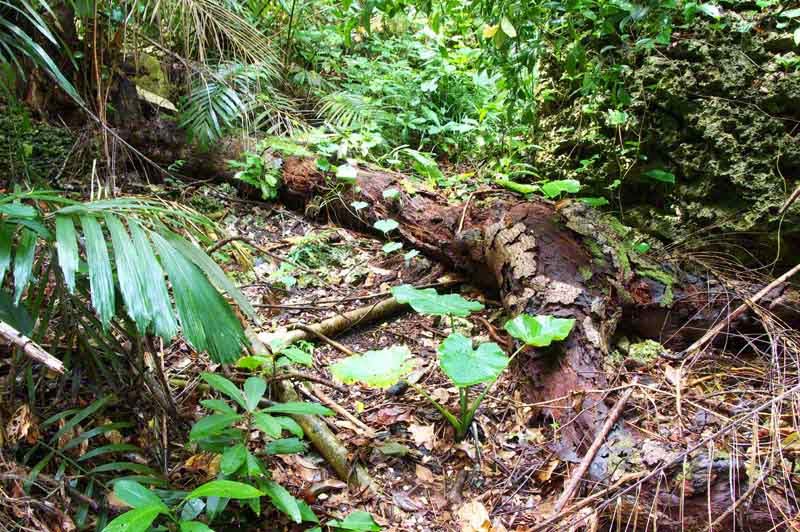 Most of the day was spent along that trail, taking photos and, I had a great time.

But the cave we were looking for never materialized. 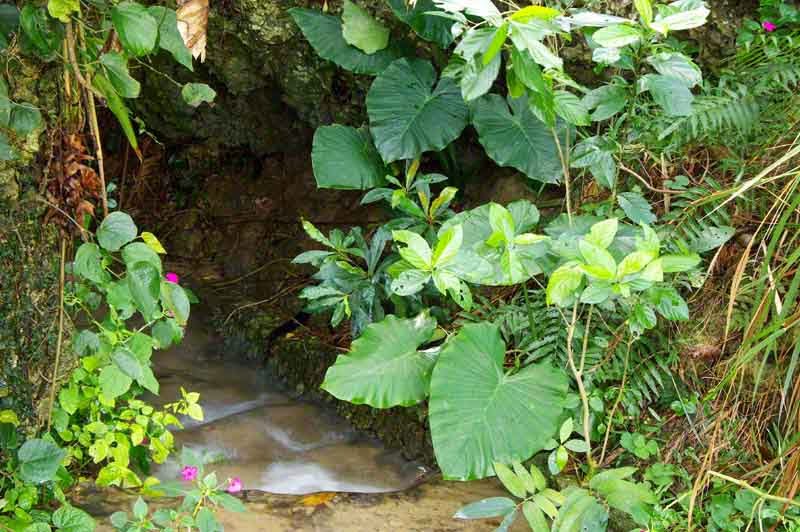 Out of the jungles, I came and spotted this spring.

There was a village below me and I needed some coffee and food.

When Map It Okinawa showed up, he said he'd take the trail back to his car and meet in the village. 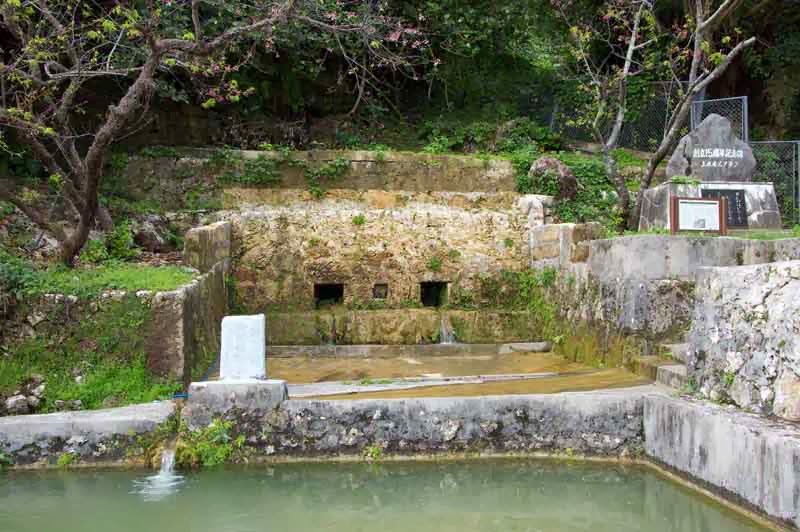 Near this spring, I found a store and bought coffee and banana muffins.

After resting and nourishing myself, I went back down to the store to mingle with the locals.

Making friends, is easy for me.

I tell them I don't speak Japanese but, Okinawan dialect is OK.

They get laughing and jabbering but, don't know, I can't hear too well.

Sometimes, in our travels, we come across what you might call, street people.

Getting directions, is one thing but, getting a dissertation about their life history, is another.

It's not nice to say 'village idiot' but, there are some out there.

There were a couple of encounters with folks like that, during this trip.

If you could get them to stand in the open, on a sunny day, they would make great sundials.

Talking to them won't help very much.

So, now you know, whenever I call someone a sundial, I'm just trying to be polite !

Some of the good people at the Mom and Pop store, I chatted with were extremely helpful.

The map we had been using for the past year, was misprinted. If you can believe that.

What did they do hire Sundial for a Mapmaker? 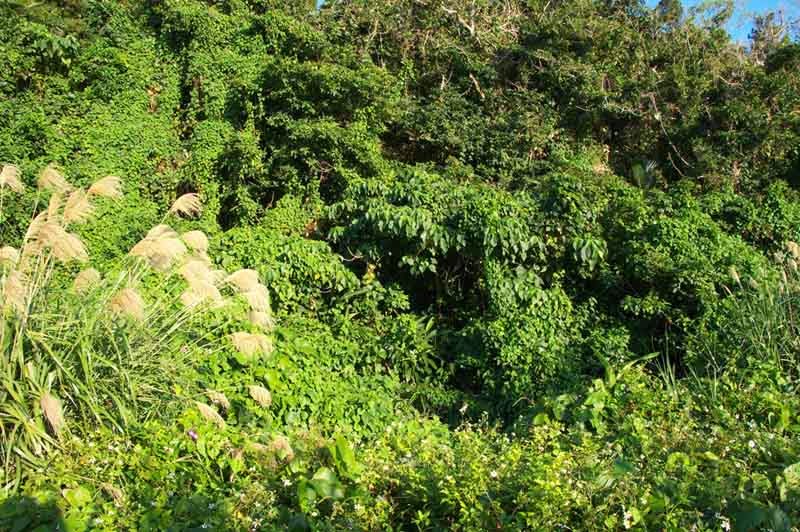 The mystery cave, is in there.

It was 4:30PM by the time we reached it, with the help of a kindly farmer.

He cautioned us not to attempt going in there because of habu snakes in the area.

We weren't equipped or dressed properly for that late of a cave expedition.

But, one day we'll go back and getterdun properly.

That's because, we ain't exactly a couple of sundials, if you know what I mean. 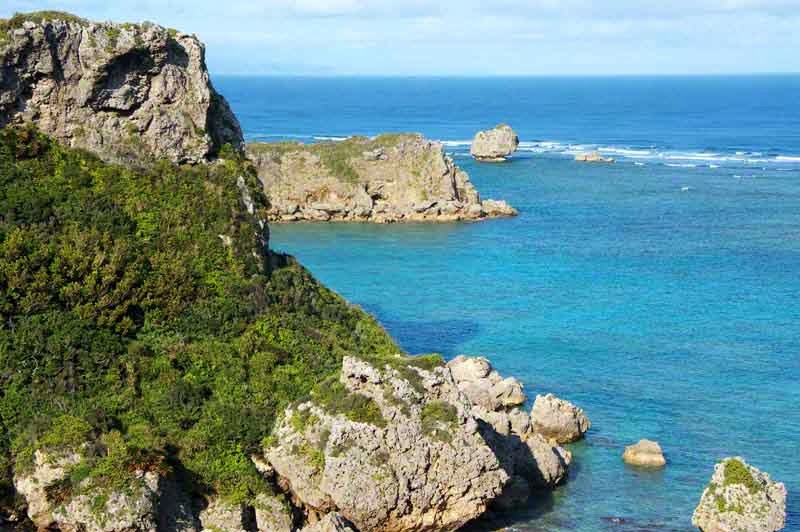 The day ended on the sunny side so, I shot this scene.

It was a little after 5PM when we got back to the village office to thank them for their assistance.

The little tiled roof, on the building, in the first photo tells me, the sun was low in the sky.

It would also, make a great sundial but, you would never catch me talking to it.