Assassin Flies and More at the Kin Dam

This Will Become Popular with Nature Lovers

When you go up to Kin Dam, don't forget to bring a camera.

We just went to check the road, at the top, to see where it goes and got some surprises.

Looking up in the sky, I was trying to catch three ospreys, flying overhead.

Well, I heard the Map It Okinawa dude say, "Look at this." 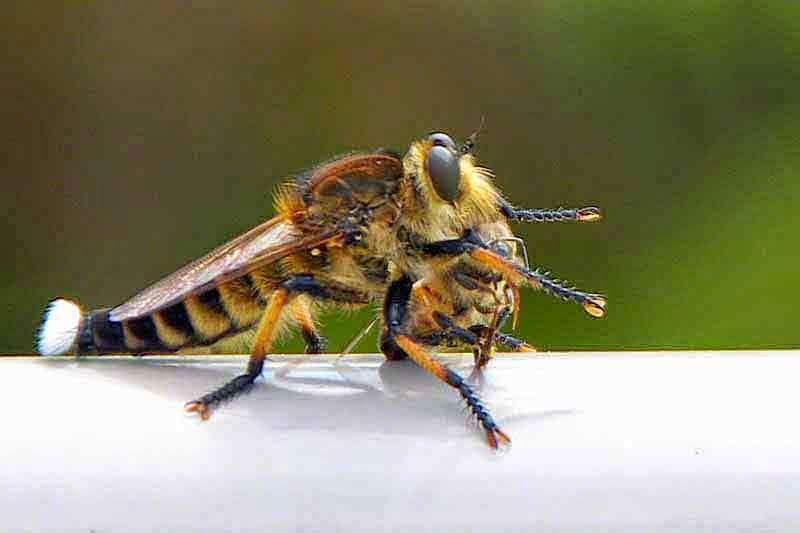 There was an Assassin Fly, with a bee, on the fence.

Also known as Robber Flies, these insects, are some mean critters.

They catch their prey in flight.

Then, they stab the victim and inject poison, paralyzing them so they can suck their insides out.

He got a little nervous, with me clicking away on the camera.

So, he hopped down on the concrete, on the other side of the fence.

When the rascal had enough to eat, off it went.

Just a few seconds later, these ants came along.

And, they took what was left of the bee, home for dinner.

Can you believe, people, sit around in their houses, watching reality TV shows ?

The real stuff, ain't on TV.

It's outdoors in nature !

Posted by RyukyuMike at 6:29 AM