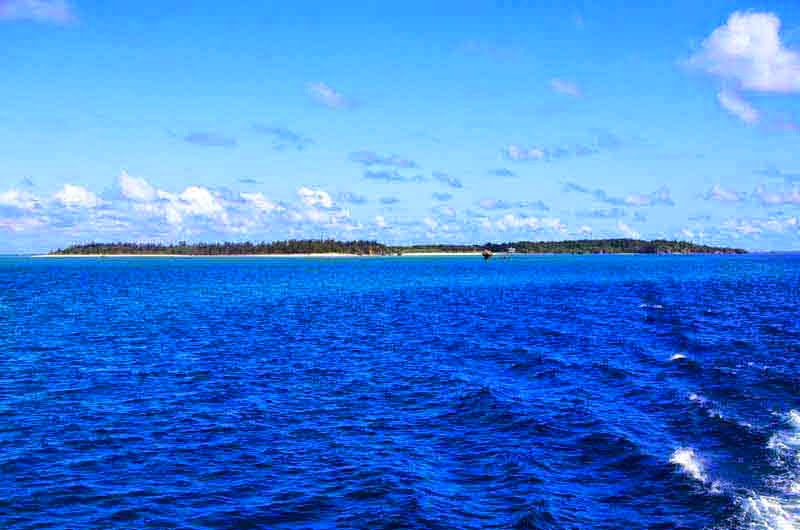 When the Light is Right

It's nice to take home some wide angle shots from places my travel takes me.

It's tricky, trying to compose and shoot photos from a seagoing platform.

Some of the things, you have to deal with are the pitch and roll of the ship.

And, there may be salt water spray, hitting your camera lens. 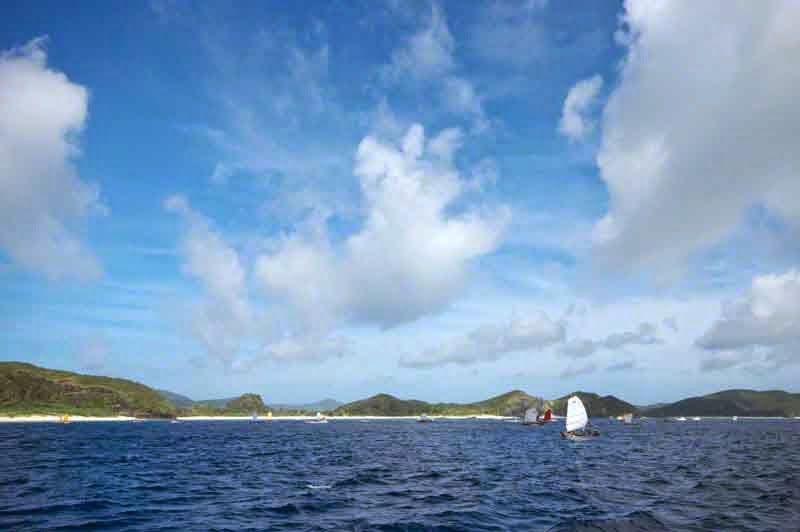 There's a technique, I'm working on, to perfect this type of photography.

It consists of mostly, pitching and rolling in the opposite ditection of the ship. 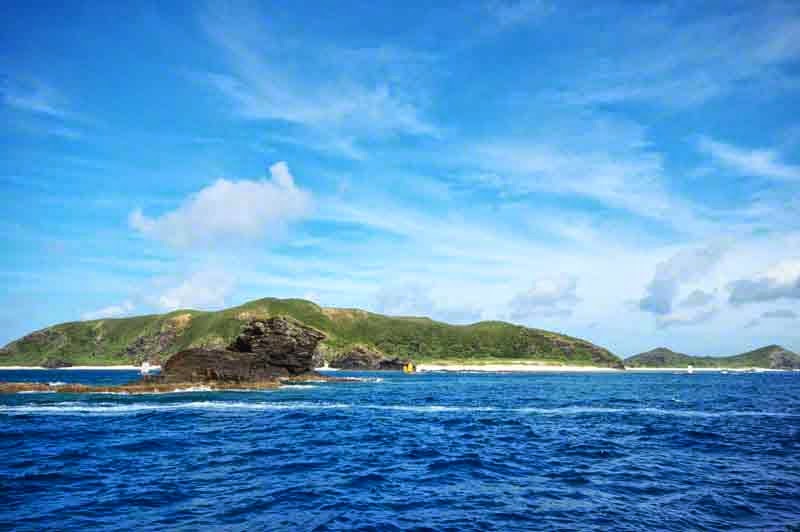 These images were all taken with Pentax cameras.

They are extremely water resistant and can take a beating but, salt water can ruin them. 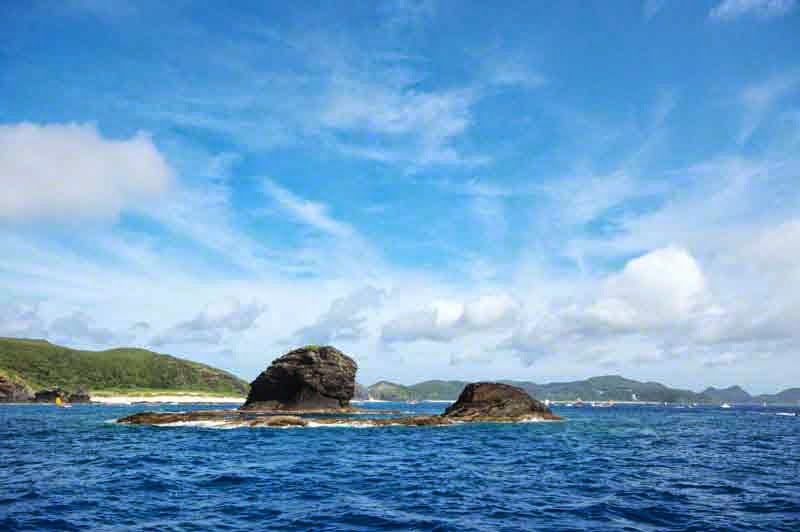 So, I make sure, I have some fresh water nearby, to rinse salt water spray off.

And, I have plenty of lens tissue on standby. 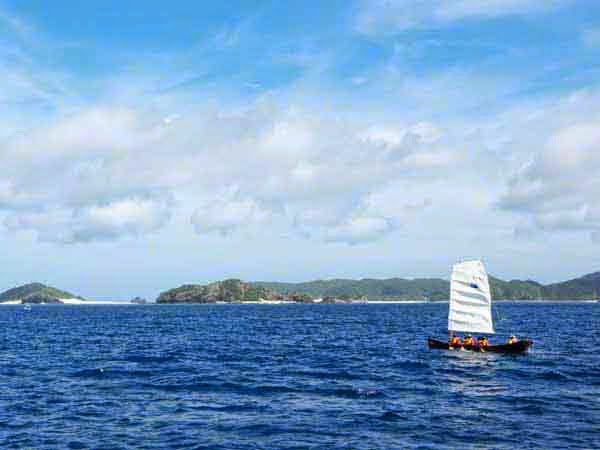 The Umimaru, was the sailing sabani team, I went on this mission to photograph.

It would have been a shame to miss this shot because of a fouled-up lens. 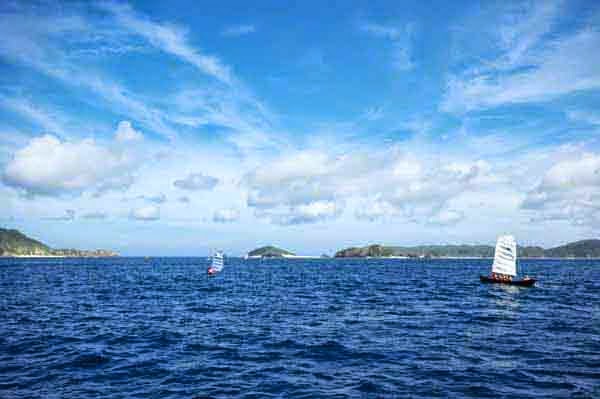 The more distance between my boat and theirs, the bluer the skies became. 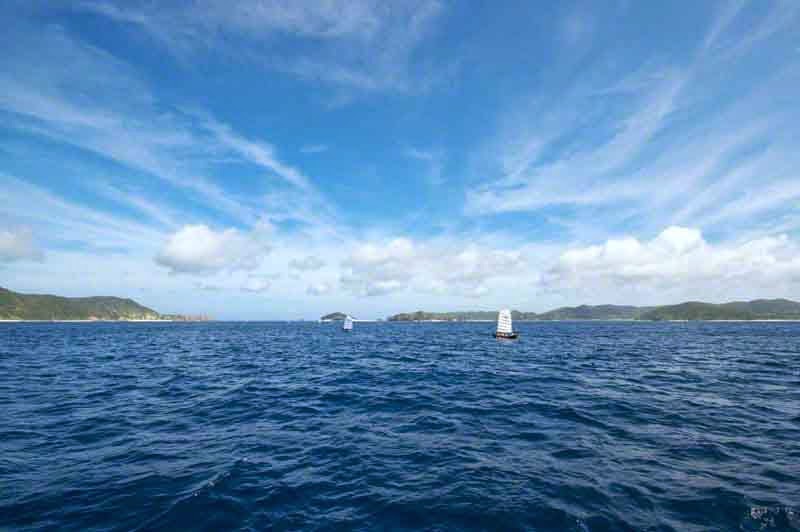 Even though, I was softly cussing the boat, I was on, I was enjoying the scenery. 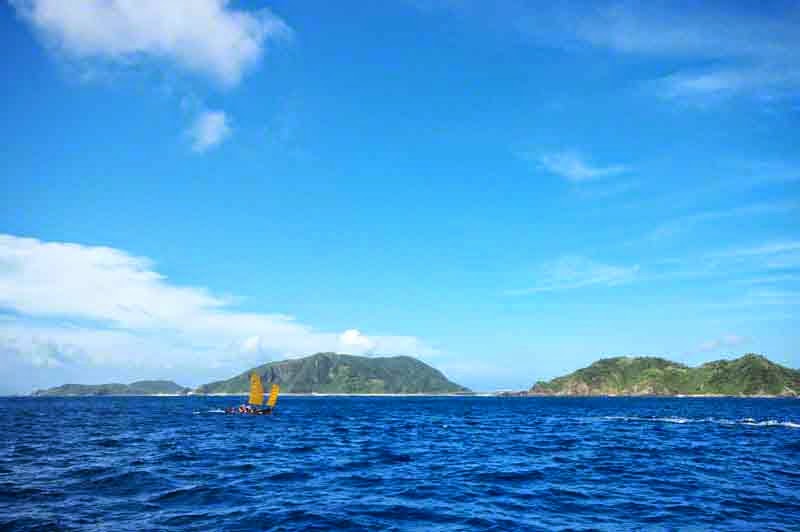 If another sabani, sailed into the right light, I shot them, too. 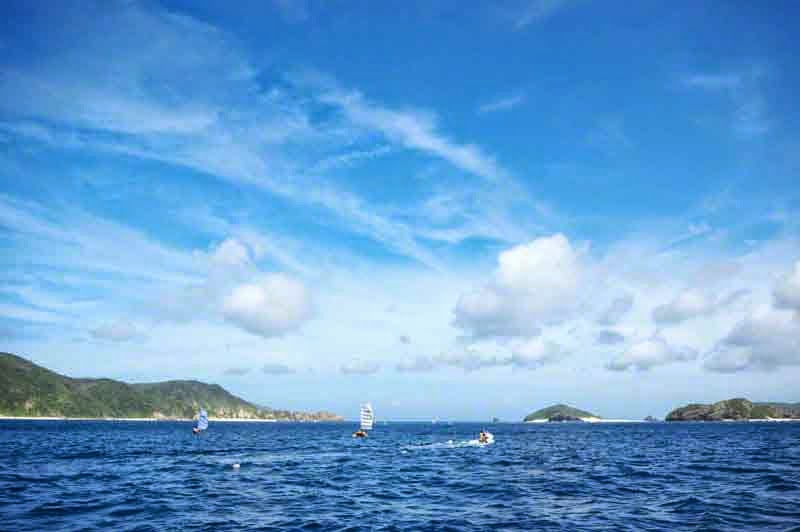 Blue skies, over the islands, are just irresistible, to me. 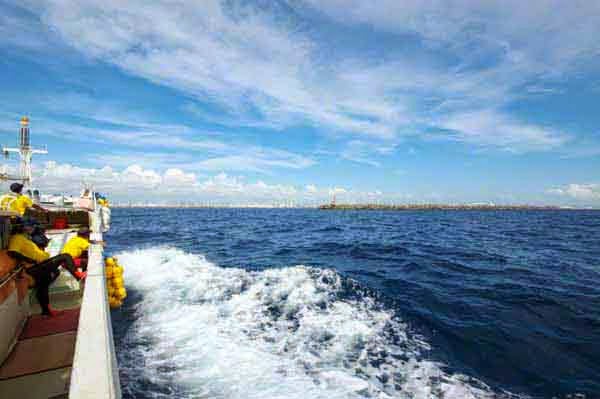 One last wide angle photo was taken as we entered Naha, Okinawa.

Then, I put the cameras away.

Part of the Technique Involves Safety

A cameraman could easily become a man overboard, when shooting at sea.

One of these days, I'll put together an article, showing how to do this type of photography.

It would be nice, to have some photos, demonstrating the methods used.

We will have to get a model photographer so, you don't have to look at me.

There's one, I know, who might be crazy enough but, she was riding a different boat.

Next time I see her, I'll ask if she wants in on the deal.

Posted by RyukyuMike at 5:21 AM