Surviving the Great Gajan Attack of 2014

It all started around 6PM on today's date.

The door to the office was open and, an open window across the room gave a nice breeze.

There's no sense, turning the air conditioning on, while temperatures are still tolerable. 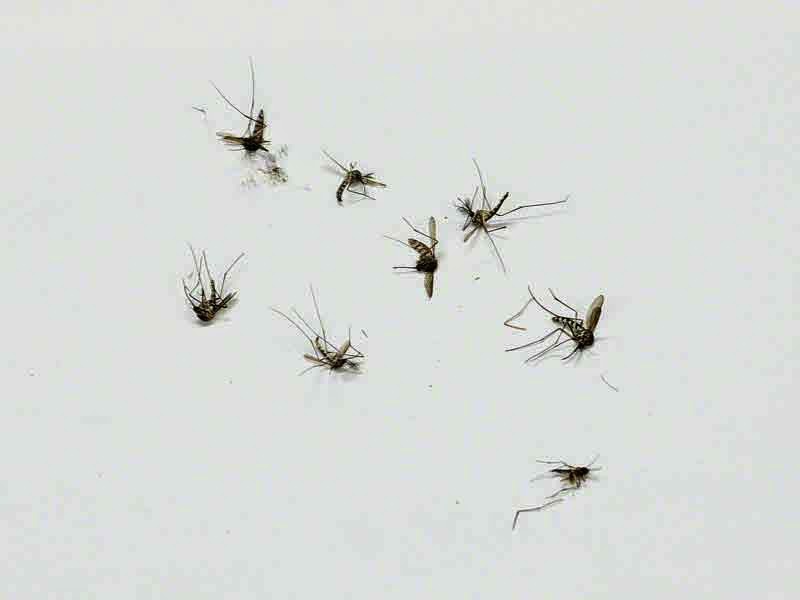 A squadron of these suicidal rascals bombarded me.

Excuse the messy display.  It could have been much worse. You won't see the bloody parts.

There Were at Least a Dozen of Them

Once, I realized what was going down, I closed the window and door.

The first three, were easy pickings. I snatch them out of mid air and toss them on the floor.

Fly swatters, don't work.  These guys will outmaneuver them somehow.

You have to be quick. Grab one and throw it, real hard, on the floor.

Sometimes, it's hard to tell, if you caught one or, not.

Just toss, on the floor.  If you got one, it will be writhing in pain or, stunned stupid.

If you missed, don't worry.  They'll be back again and again.

The ones that bite you, they are bitches.  I'm told male gajan, don't bite.

Standing up, it's easy to spot them buzzing around and, they can be snatched out of the air.

Collecting the casualties, on the grey floor, isn't so simple.

Finding them is impossible, without reading glasses so, I put the things on.

Then, while, I'm picking up the stunned and wounded, the rest of them attack from the rear.

But, that's what started to happen.

The little backstabbers, know right where to get you.

They somehow, figured out, an old guy can't reach the middle of his back.

So, that's where they land.  And, start sucking the blood out of you.

Those Bastards Had to Be Taken Care of Quickly

Get up off the floor.  Throw the reading glasses on the desk. Fight back !

Kill them all and, worry about casualties later or, you will become one.

Jumping up, I kept looking around, to see if any more would try a frontal attack.

The only way to get the ones on my back was, crush them against the wall.

So, I was bouncing against my white-painted walls.

And, swinging, snatching and chucking the others, buzzing around in front of me.

All Is Well Now

There isn't a single mosquito, alive in this office.  I am the only survivor.

Some bloodstains got on the walls and, the back is a little sore.

A few of the dirty dozen that lived, tried to escape, while I set up a camera.

So, there's a little blood on my flip-flop.  I used it to finish them off.

The Yin and Yang of It

Those gajan tried to ruin my day and, they were partly successful at it.

They just didn't know who they were messing with.

They did provide me with some blog material, though. They gave me an idea. 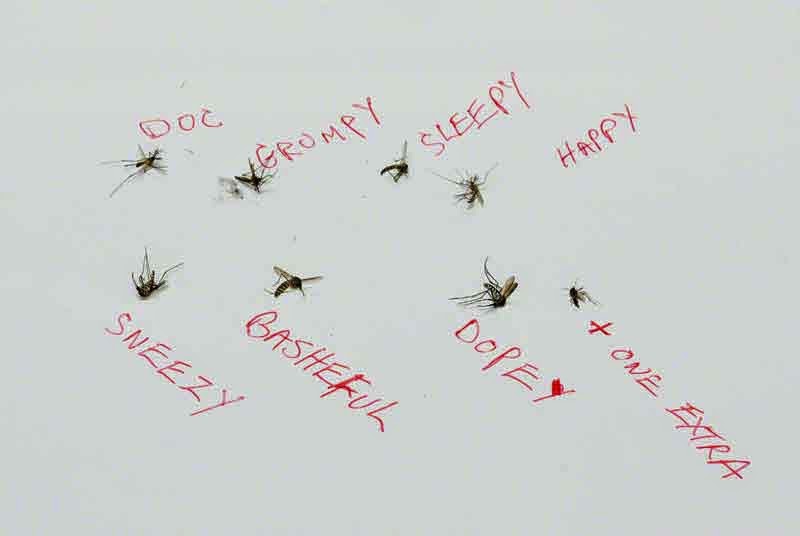 When I searched Snow White and the Dozen Dwarfs, I learned something.

There was only seven of them.  Guess, I forgot.

Anyway, I threw the bloody ones away but, still had one leftover.

It's all over, now. Peace has been declared in my office.

Time to grab a beer.

Posted by RyukyuMike at 5:24 AM