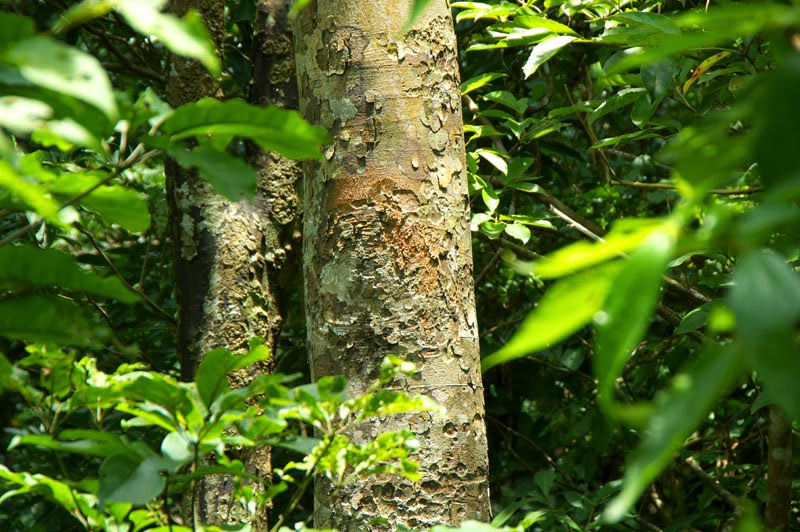 Think About It Next Time You Eat a Sticky Bun

Centered, in the photo above, is a cinnamon tree.

The reddish colored stuff, you see, is the tasty spice, flavoring your snack.

You have been eating, the bark of a tree. 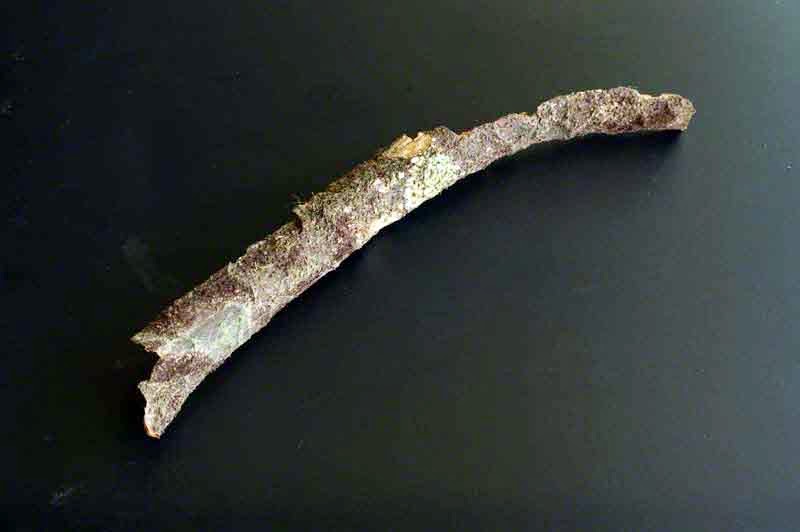 There's a big chunk of the stuff, sitting on my desk.

It's a long story and, it's been awhile, since I've done one like that so, here ya go. 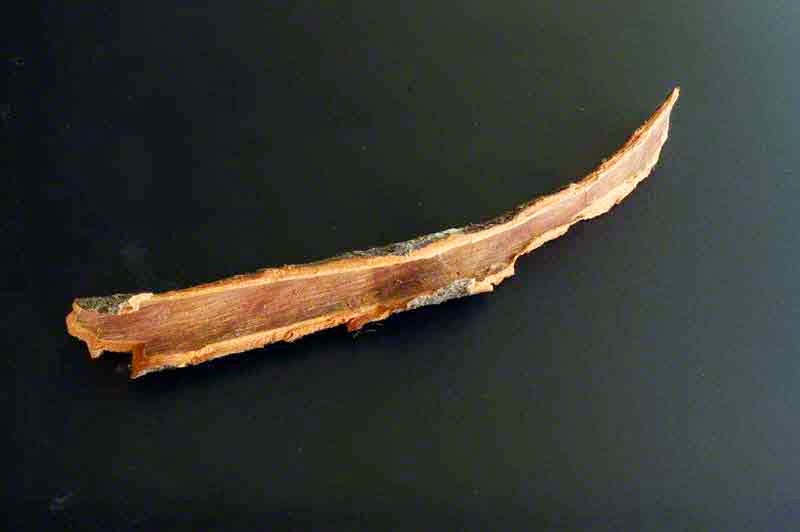 Late in April of this year, I visited the Village of Oku, in northern Okinawa.

There is only one Mom and Pop-type store in town.

When I told the gal at he counter, I was hungry, she pointed across the street.

There are restaurants and soba houses over there.

That, I knew. But I told her, I didn't want to do the touristy thing.

She didn't have any bento box lunches or sandwiches.

So, I wound up buying a can of tuna and some Ritz Crackers.

Then, I sat outside at a picnic table and started munching away.

Along Came a Pickup Truck

These two guys got out and started carrying a log into the store.

They were surprised when I greeted them in local dialect.

Maybe, they thought, I looked like I was starving and felt sorry for me.

They stopped and one of them ripped a chunk of the log off and gave it to me.

Then, off they went to deliver the log to the store.

The bark, has been on my desk, since that day in April because, I get busy.

This would be great blog material.

But, I had to go and get a photo of a cinnamon tree.  I had no idea what one looks like. 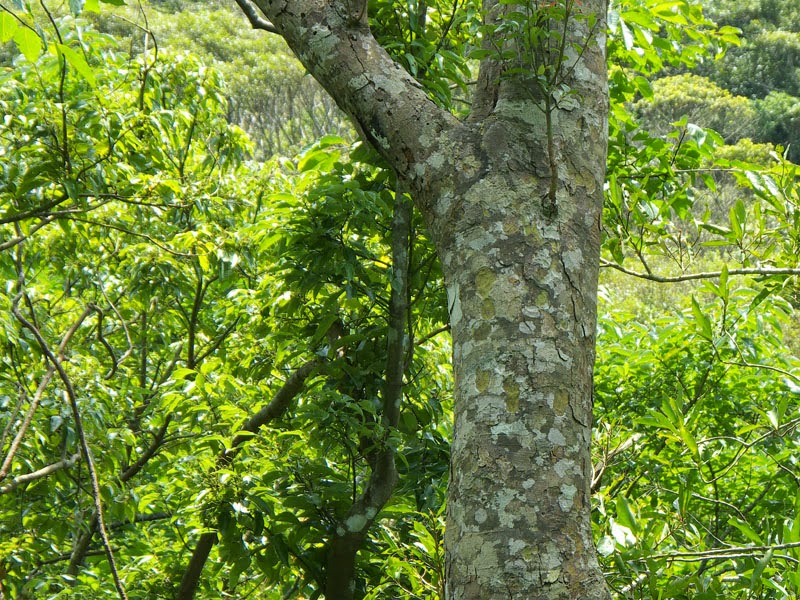 Suddenly It's June and Along Came Mr. Miyagi

He gladly showed us cinnamon trees, growing along the mountain roads.

To get there, we drove to ear-popping elevations.

It was like West Virginia, before they invented two way traffic. 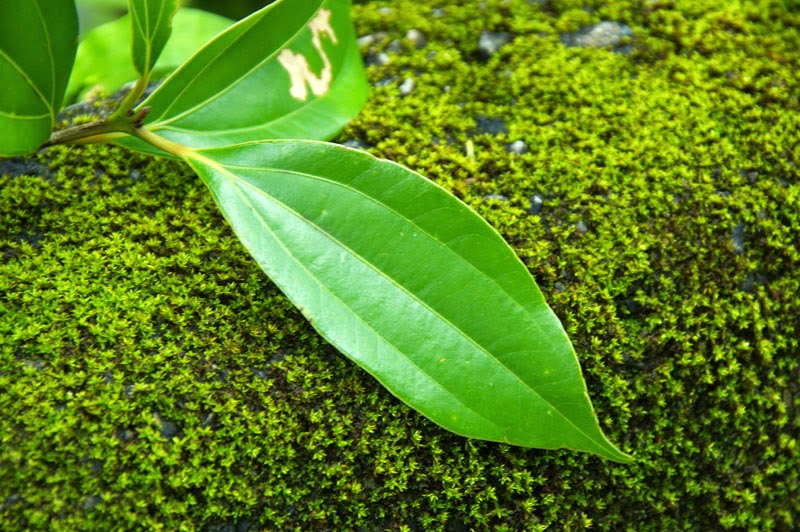 We stopped along the single lane road a few times to look at the trees.

So, I took the opportunity to get some detailed shots of the leaves. 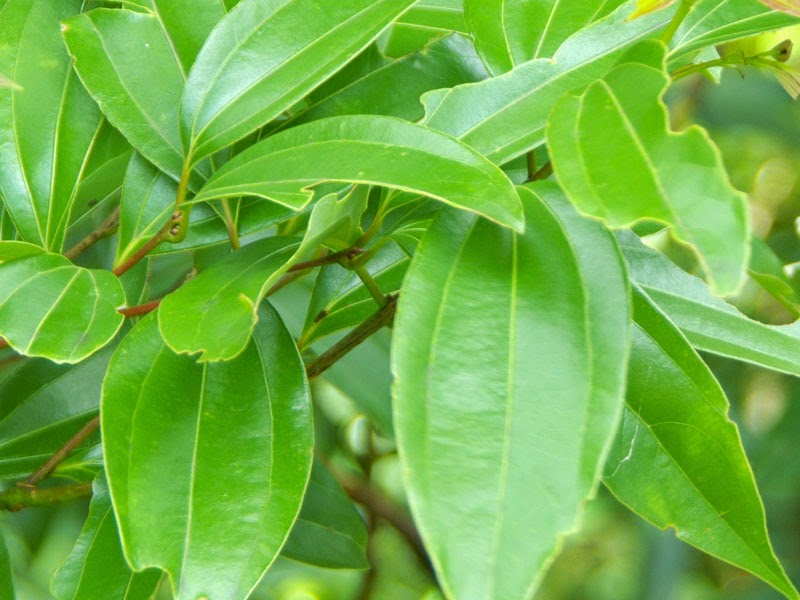 The shape and patterns of the leaves help with identification.

The trees, we had seen, so far, may have been about ten meters tall.

Miyagi-san, wanted to show us the big ones, deeper in the jungle. So, off we went, up the creek without a paddle.

They should make river trekking an Olympic event. I'd bet on him. 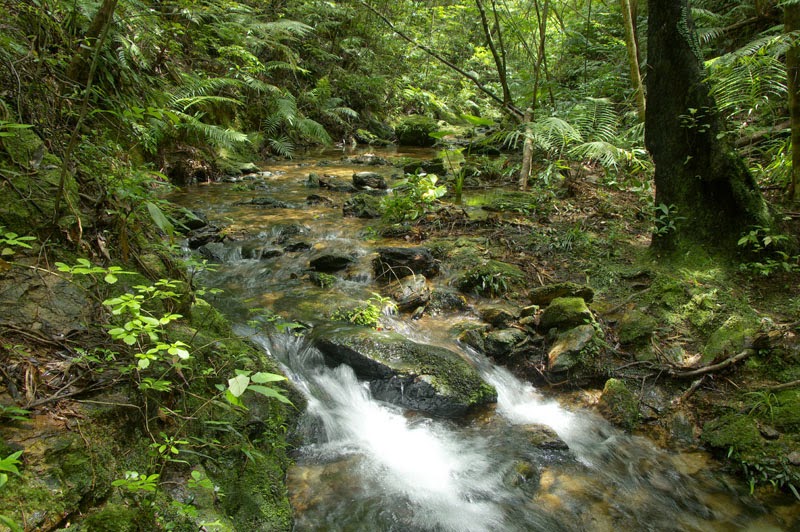 In 15 minutes, he was about an hour ahead of me.

He came back down and found me, undecided, at a fork in the stream. 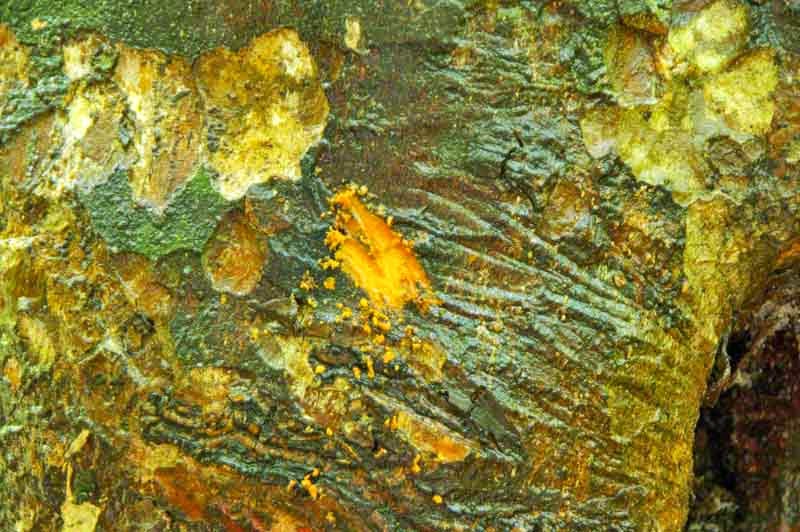 When we got to this tree, he marked it with a knife.

It was growing right alongside the stream-bed.

The jungle was too thick, to see the treetop. So, I just shot this close-up.

I'd say, it was a couple of meters in diameter and 20 or more meters tall.

Farther upstream there are even bigger cinnamon trees, to see.

Mr. Miyagi was enthusiastic about showing me all of them.

Hey.  I might be an old goat but, I ain't exactly a mountain goat !

So, I told him, we better see what happened to Doc.

What if he took the left turn in the stream, instead of the right one ?

Later, back at the car, Doc said he was trying to reach me via cell-phone.

There is no reception in those hills.  It's God's country. Or maybe, hell.

Cinnamon Has Been in Use for Centuries

In days of old, it was more valuable than silver or, gold.

Somebody on Top Tropicals (dot) Com wrote a great story about the history of cinnamon.

There's no sense, repeating it here.

But, I did enjoy the part about the Pope, favoring Spain and Portugal.

They burned heretics but, England and France, didn't. LMAO !

Chinese Cinnamon, which we may have here, is also called Bastard Cinnamon.

We should tell the Pope and, see if he can get people, to stop the damn cussing.


Cinnamomum Zeylanicum, is what is considered the best for flavoring.

The above link discusses the differences between Real Cinnamon and others.

It might be a good idea, to find out what type cinnamon you have been eating.

Some sources, say there could be medical warnings associated with using Chinese Cinnamon.

The Greeks and Romans, had a myth about cinnamon.

They said, it came from birds, storing it in their nests and, Arabs stealing it from them.

Alexander the Great, helped bust that myth when he found some cinnamon trees.

It's best, if you make the decision, yourself.

Should you be eating cinnamon, in those sticky buns ?

Maybe, you'd rather have yourself (like an Egyptian) embalmed with the stuff !