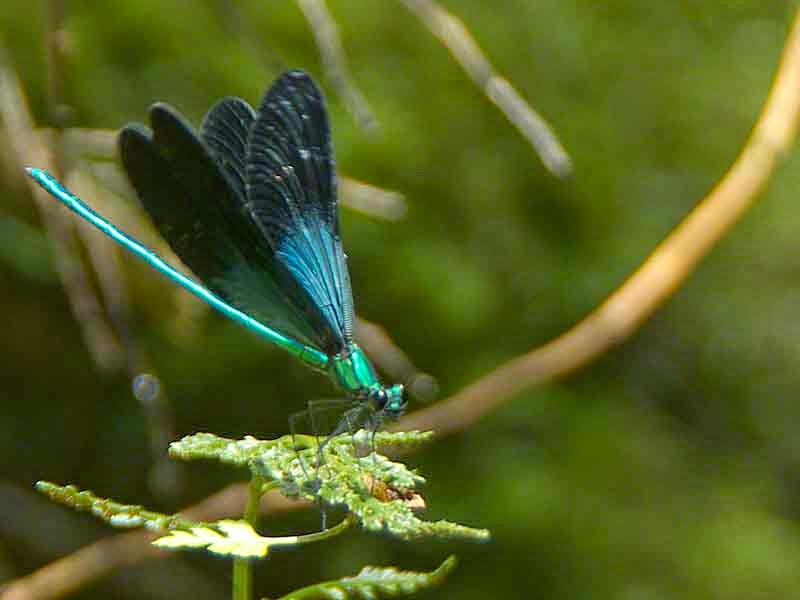 Today found us in the northern hills of Okinawa, searching for cinnamon trees.

A kind gentleman, named Mr. Miyagi, showed us where to find them.

We hiked up a stream-bed with him leading the way.

He is easily, 6 years, my senior but, trekked up the hills twice as fast as me.

Now, I was wearing the usual, yellow flip-flops, which weren't built for this hike.

Mr. Miyagi disappeared around the bend.

When I arrived at a fork in the stream, I had no idea which way to go.

As I climbed out of the stream, my left flip-flop got whisked away in the water.

Groan. I was about a mile up the rocky creek.

Hopping back downstream, didn't sound like a good idea.

Luckily, the flip-flop got wedged in some rocks and, I was able to catch it with my tripod legs.

Mr. Miyagi, came back and showed me which way to continue the hike.

Showing him some of the damselflies, I shot, was a good idea.

He probably, figured, that's what was taking me so long.

He asked if I'd give him a photo.

As many photos of these damselflies, as he likes, I'll give him.

He, pulled cinnamon trees out by the roots and, gave them to Doc and I to take home.

The wives will be thrilled.

More about cinnamon trees will be published at a later date.

Mr. Miyagi is one of those people you don't get to meet everyday.

If you ever run across a Mr. Miyagi who pulls on rubber boots to walk in the woods, beware.

There just might be a three mile hike upstream coming your way.

Ya gotta love it !

Posted by RyukyuMike at 4:13 AM