12 Photos From a Wide Angle Sunday Night in Kin Town 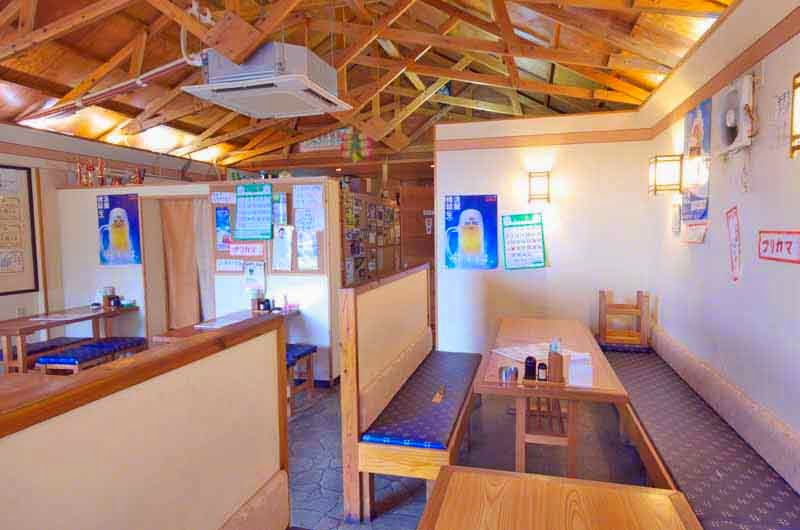 Choosing a Favorite Won't Be Easy

This is something which has been procrastinating, for a long time.

There ought to be an English language Restaurant and Bar Guide for Kin Town.

Probably, every town in the Ryukyu Island Chain could use one.

Somebody needs to out there and getterdun.

So, I grabbed a camera and 10-20mm lens and did some walking last night.

The first place I visited was Izakaya Jin Jin.

I went before 6PM so, I could shoot the place before crowds started arriving.

That way you don't have to worry about people moving around, blurring the scenes. 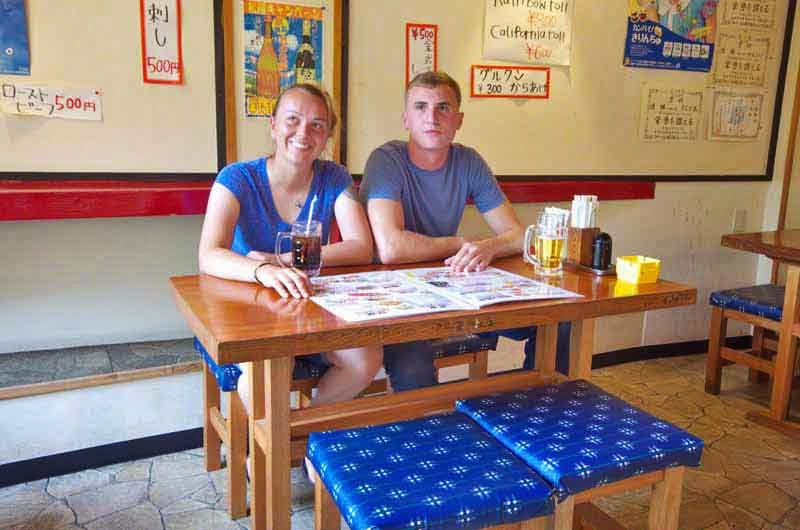 This couple, Adam and Veronika, were dining at one of the tables.

I wouldn't shoot, that part of the room without their consent.

Asked if they would sign a model release, they agreed.

I got them to switch tables.

That put them in better light and, I asked them to watch the TV for the shot.

When people watch TV they don't wiggle so much.

My kids taught me that a long time ago.

If you happen to have kids with the wiggles, buy them a TV.  It works !

They were a friendly couple. I thanked them and went on my way. 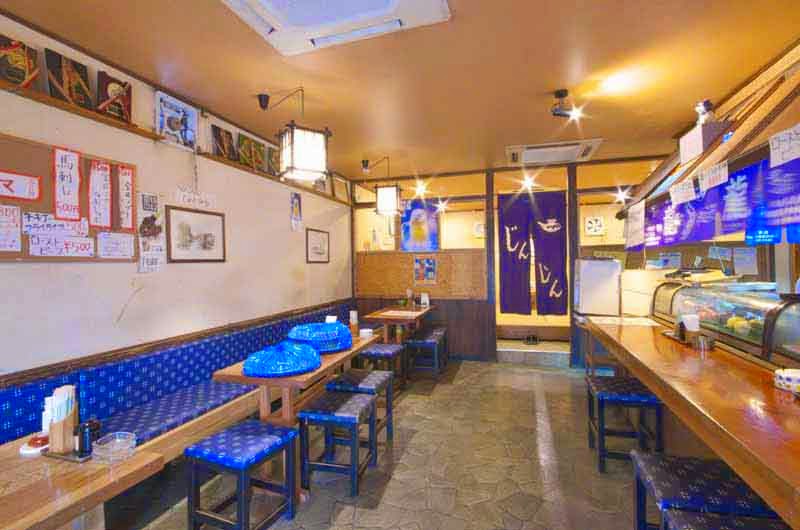 On the way out, I shot this image, from Jin Jin's front door.

Once the evening crowd starts arriving, a photo like this would be impossible.

My shutter-speed was 6 seconds.

This is a place, I've been meaning to visit with a camera for months.

The last time they saw me in that restaurant, I was Santa Claus.

The owner showed me a photo, he snapped with his iPhone. 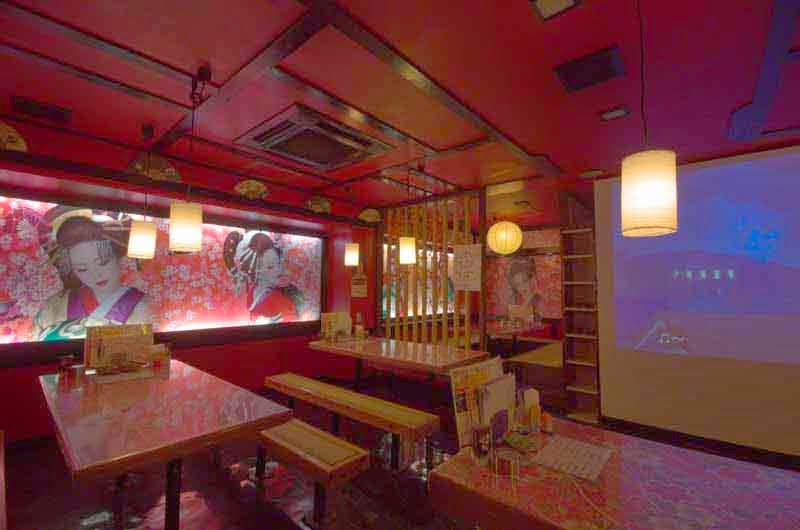 Feast your eyes on the Restaurant Ohana.

Luckily, I was the first customer to come through the front door.

The designer of this place should get an Architect of the Year Award.

It's peaceful and quiet. Nominate them for the Nobel ! 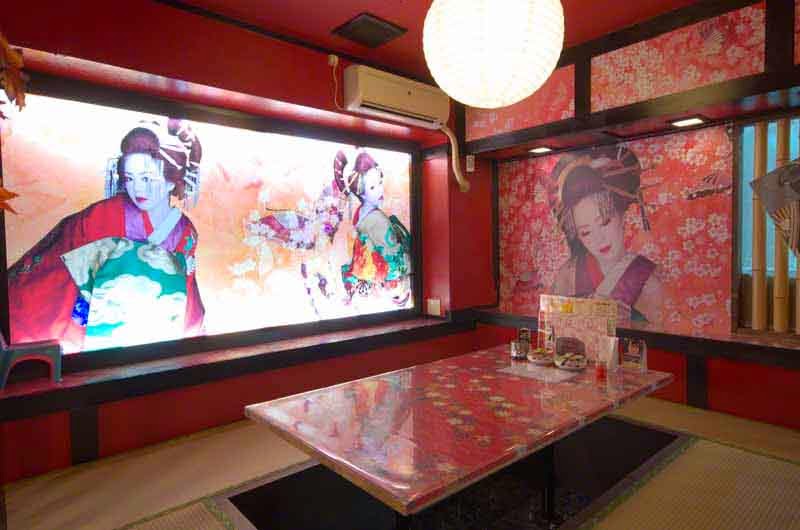 If you don't like to sit at those wooden benches, go in here.

Your fanny goes on the tatami mats and you can stretch your legs out under the table. 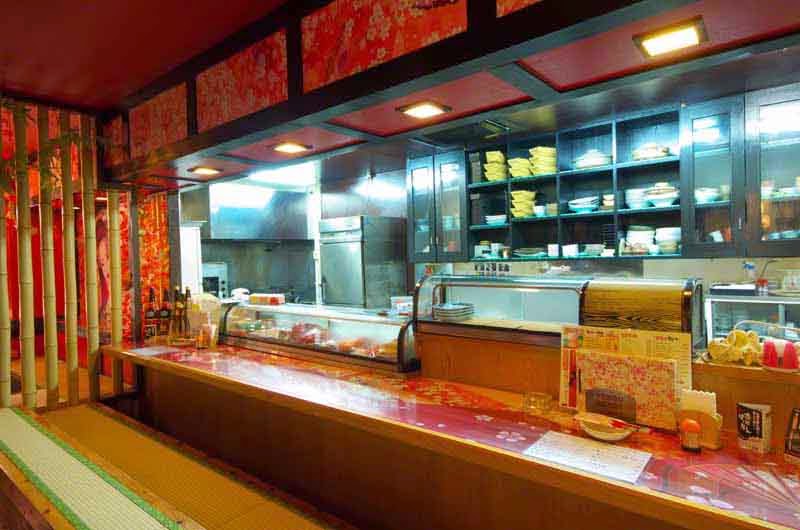 The sushi bar is where you'd most likely find me.

That's because, I think, food and beer, come to you quicker, over there.

It's fun to watch the chef, whack fish with his knife, too.

Customarily, it's always a good idea, to joke with the sushi chef and, buy him drinks.

If a big barroom brawl ever breaks out, it's good to have a friend with a sharp weapon nearby.

At least, that's the way I figure. 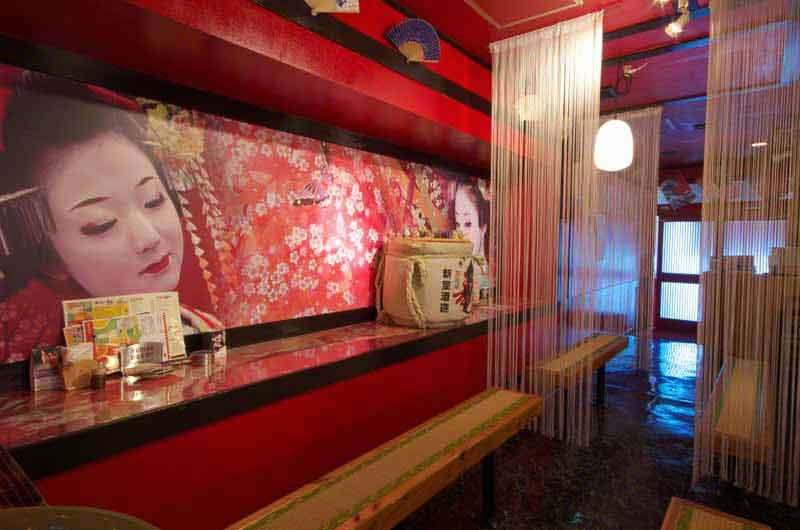 Leaving the sushi bar, this is the view leading back to the entrance.

This is really a high class establishment.  Almost sacred, to me.

So, I usually only go there for special occasions, with friends. 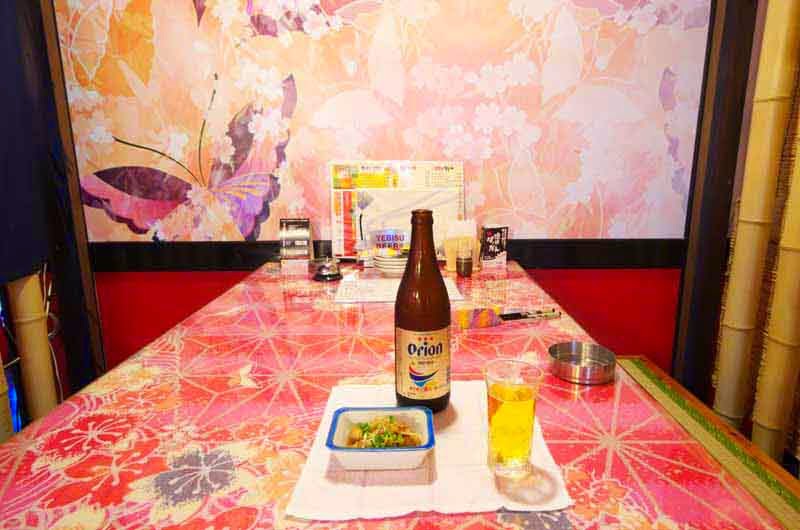 All by myself, I figured, what the heck, get a beer.

And, I sat down awhile soaking up the air conditioning and some smokes. 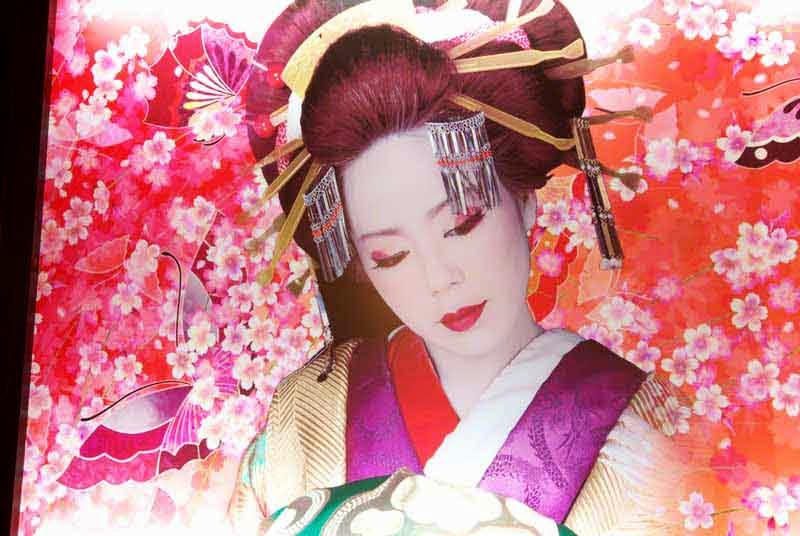 One more look at the geisha girls, seemed like a good idea.

We really don't have many people, running around town, dressed like that. 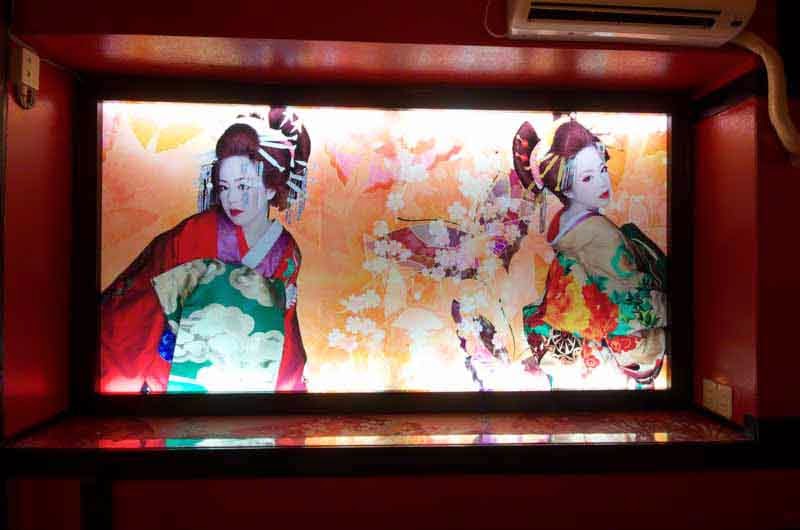 So, I nabbed a few more photos of them before leaving. 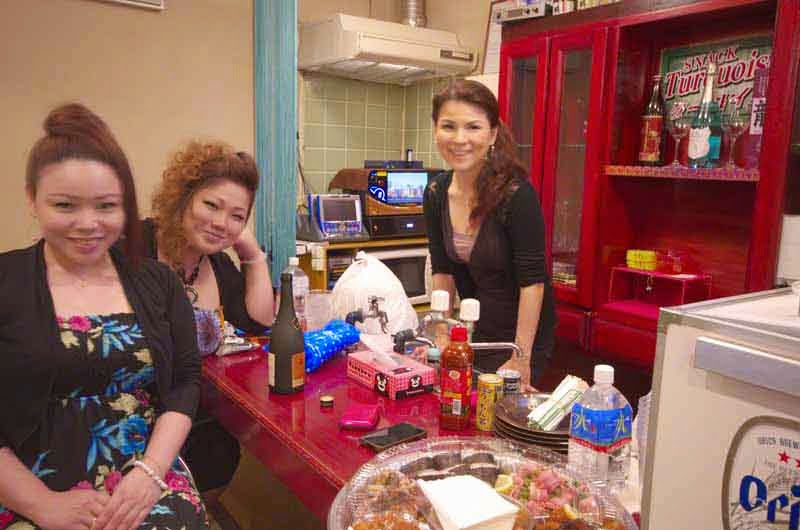 Some real live beauties, were expecting me, in another part of town.

They had the Grand Opening of Snack Turquoise, Saturday night and I missed it.

For less than the cost of a case of beer, you could party all night long.

What I'm talking about is food, spirits and karaoke. 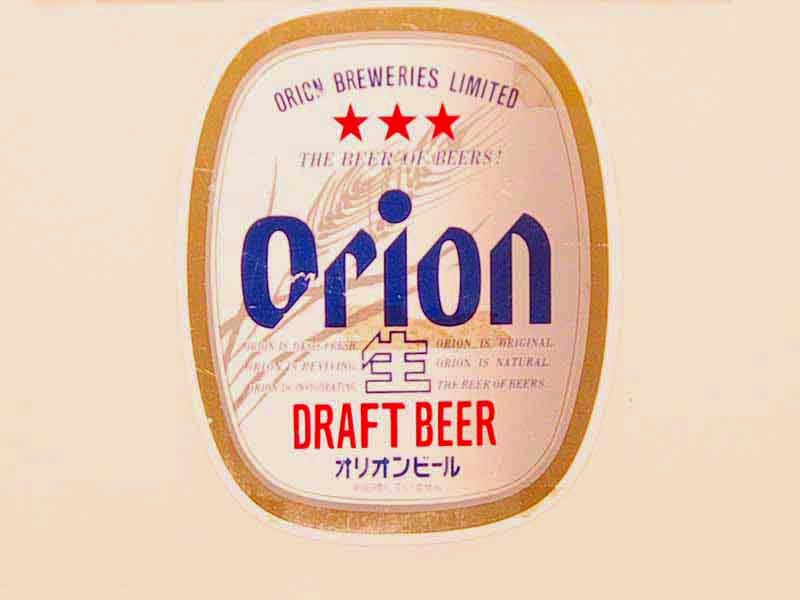 It wouldn't take a degree in Psychology to figure out what I did.

A photographer shouldn't be drinking while working.

So, I quit and had a grand old time, singing songs and drinking Orion Beer.

Beer makes me happy but, I was worried about my camera.

There was one more spot, I had to visit.

No photos were taken there. That will happen on another excursion.

By 1AM, the tripod, camera and watashi, had rolled down the hill, to the house.

And, everybody was done for the evening.

There Are All Kinds of Bars and Restaurants in Okinawa

Devising a way to rate or, rank them, might take me awhile.

One of the sites, I submit to asked some questions:

What is your favorite restaurant?  I answered: Undecided

What is your favorite drinking establishment ?   My Answer: Still working on that one

Atmosphere and a friendly staff, rate fairly high on my list of expectations.

Certain times of the year, heat or, air-conditioning, become a priority.

Toilet facilities, there are every kind you could imagine.

Some places have co-ed toilets.  Others, make you feel like you're in Las Vegas.

So, I have to figure out what readers like to know before visiting a restaurant or bar.