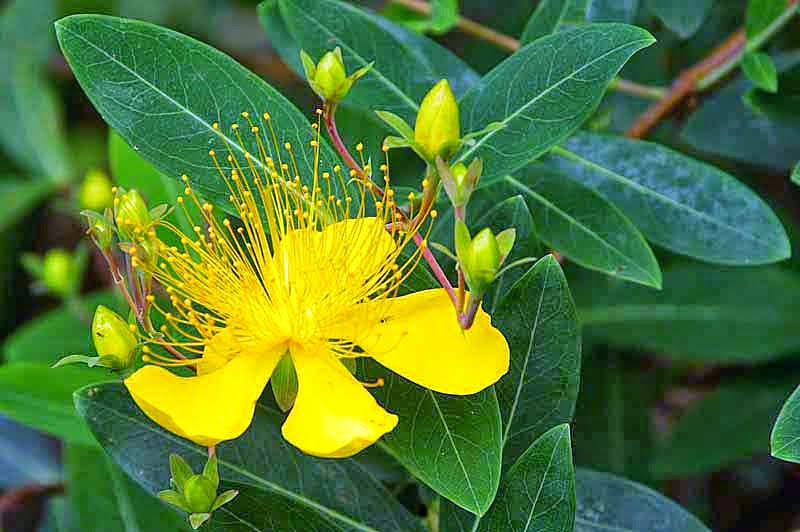 These bright yellow flowers on plants with dark green leaves bloom here in May.

Over the past two years, they caught my attention, when I went to see the Ajisai flowers.

The flower had me stumped and was sitting in a pending file. 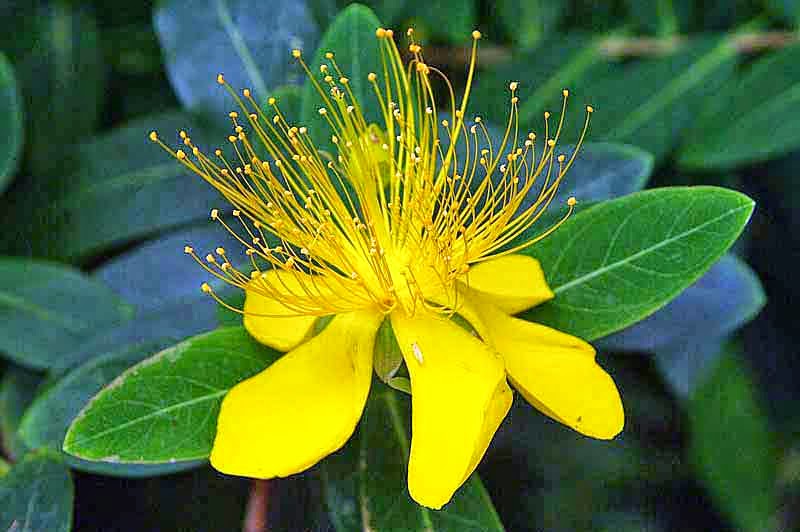 Now We Know It's St. John's Wort for Sure

This year, the flowers were under some horrible light so, I didn't shoot them.

But, I spotted a label on one of the plants.

The gal who likes to flip peace signs at my camera, helped.

She, pulled the label out from under some bushes so, I could shoot a photo of it.

Then, I used my magic translation and search engine stuff to get a scientific name.

We Have an Interesting Herb Here

Yearly sales, around the globe used to total $10 million.

They jumped to over $550 million when its antidepressant qualities became known.

The National Institutes of Health seems concerned about safe use of St. John's Wort.

University of Maryland says it might be used to treat mild or, moderate depression.

Over at WebMD:  Some scientific evidence, the herb could be used for mild depression.

The Biggest Skeptic of All

A doctor, who wrote for Quackwatch makes taking this herb, sound scary.

He skillfully, uses another doctor's name, I think, for racist stuff.

Like, a scientific study, conducted outside English speaking countries, could be false.

The dude and many doctors, around the world, got me thinking.

Posted by RyukyuMike at 5:02 AM