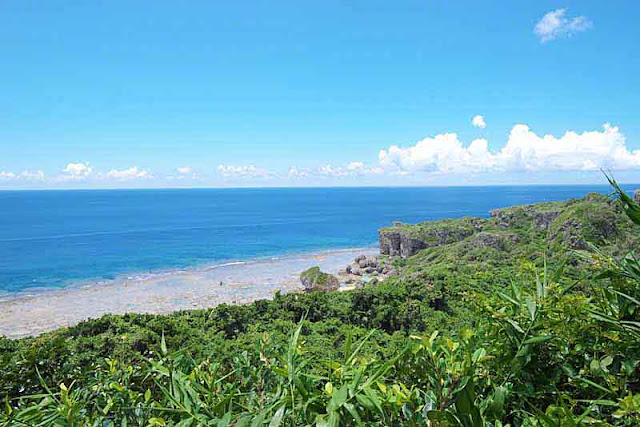 Friday morning the mission was, to get some photos of the cliffs along the beach in Itoman.

Leaving the office in Kin at 9AM, we arrived here, around noon.

It was sunny and blazing hot so, Doc and I took our time climbing the hills of Mabuni.

Two cameras, were hauled along with me and, I took a grand total of six photos.

After running some errands, I was back in the office, enjoying some air-conditioning.

The cameras were downloaded, images processed and, I began my research.

It's nice to find a historical link, to help explain, what took place at a site like this.

The link, explaining the cave on yesterday's blog, got thousands of views.

And, it saved me from telling everyone, all the gruesome details of what occurred here.

That allowed me, to get out of here early last night and get refreshed, for the evening. 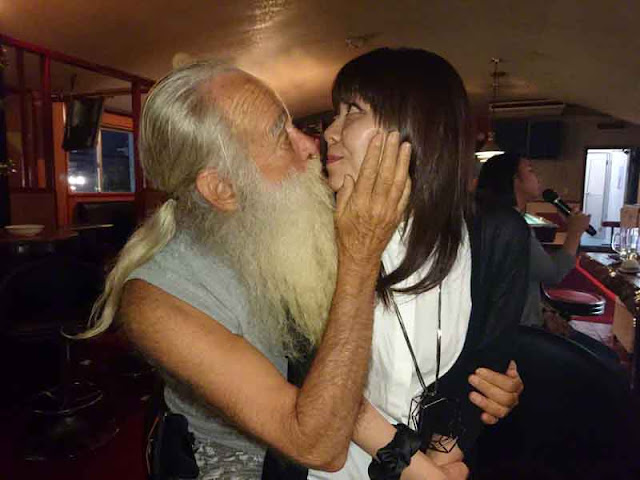 It's Called Nominication in Japan

Take the Japanese word for drinking (nomi) and, communication.

Put them together, go drinking and communicating. That's nominication.

It's usually done by workers of the same company. Or, it could be family and friends.

Me, I just call it researching and, I'll research with almost anybody.

On the circular route, I take after a day in the hot sun, there's a few bars along the way.

One of them closed at midnight so, I went upstairs to another establishment.

I was sitting at the counter, nominicating with a guy who works at the body shop, downstairs.

All of a sudden, the door flew open and, in came a bunch of  young ladies.

And, one of them was Aki, a favorite performer of mine.

We did some serious nominicating, singing and dancing until the wee hours of the morning.

For example, the photo above was taken at 5:13AM. 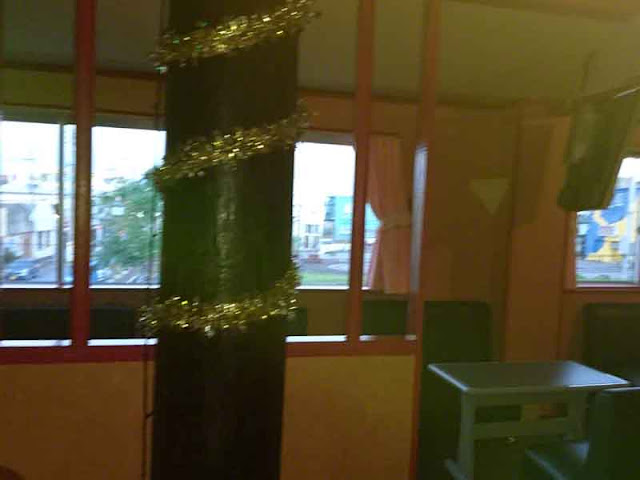 The next all of a sudden thing that happened was, daylight arrived.

This photo was taken at 5:45AM and, I didn't want the wife worrying about me.

So, I ordered one more beer and drank it deliberately. I got home around six.

The good lady, asked me if, I needed any breakfast and, I said, "Nah, I'm not hungry."

It was time for me to get a good 8 hours of sleep, to prepare for Saturday night.

See, I plan on going out to do more research during the cool hours of evening, again !
Posted by RyukyuMike at 9:53 PM