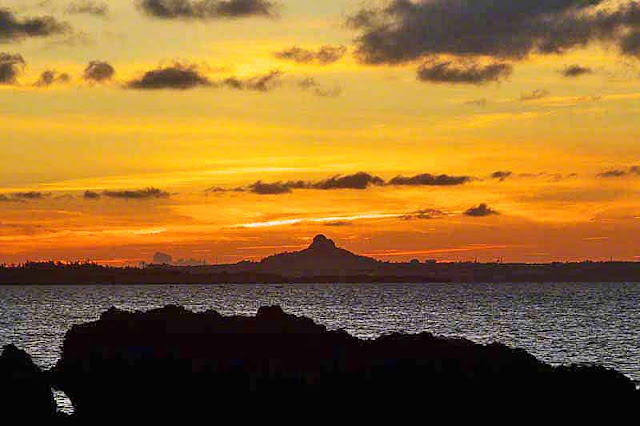 To the West of Okinawa Island

During the 18th Century, a prince from Iejima arrived in Hentona Village, Okinawa.


He met a beautiful girl with long black hair and, they fell in love.


One day, he informed her that, he had to travel north, to Japan, on official business.


He promised, he would return, to the love of his life, Handu-gwa but, never did.


After a long wait, she became anxious and decided to travel by boat, to Iejima.


She spoke with the captain about, going to find out what happened to her prince.


Captain Tamaki, warned her, not to visit the residence of the royal family.


She ignored his advice and, went anyway.


She would discover, her charming prince, had a wife and a child.


In despair, Handu-gwa climbed the only hill on the island, where she committed suicide.


She hung herself from a tree, using her long hair to strangle herself. 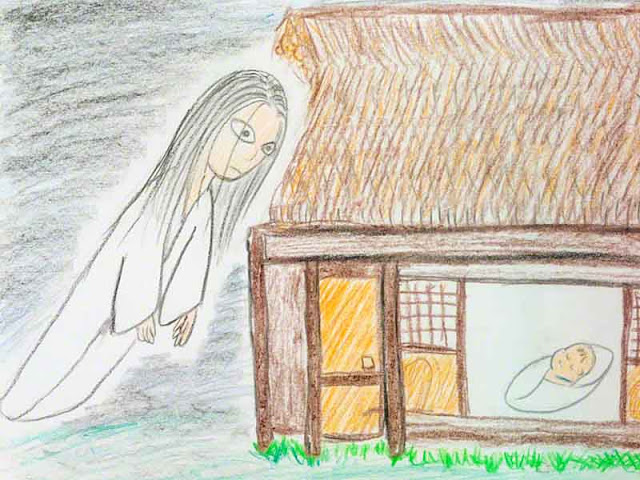 Her Spirit Would Return

The lord of Iejima and prince would soon die early deaths, from undetermined causes.

The royal family lost their fame and fortunes.


At times, the ghost of Handu-gwa, would appear outside the homes of the prince's descendants.


When she showed, on the occasion of childbirth, the babies would be stillborn.


There would be black marks of strangulation on the child's neck.

Posted by RyukyuMike at 8:58 PM