12 Photos From the Awase Tsunahiki (Tug-O-War) in Okinawa

It Should Be Called the Event of the Decade

They only hold this Tug-O-War once every 10 years.

Looking for some (online) references, in English, I came up empty handed.

So, I went early, to mingle with the locals and see what I could learn. 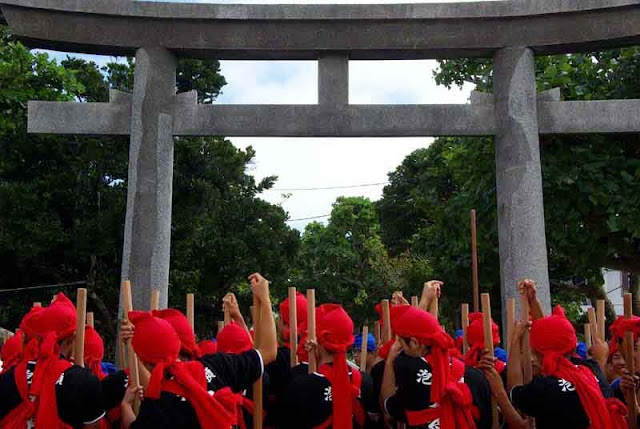 It was a good thing.

The team members go to a shrine and, pray, the morning of the Tsunahiki. 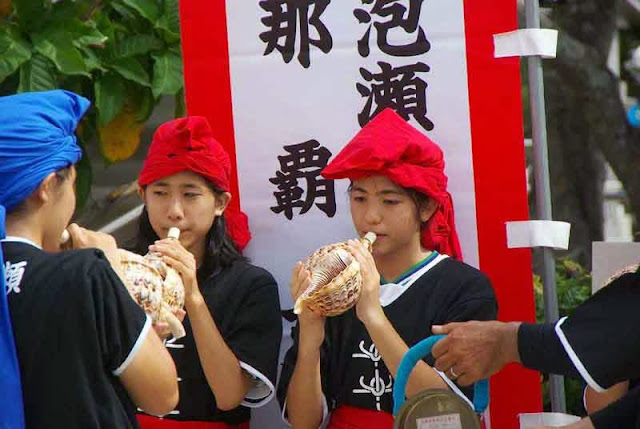 Before noon, these youngsters, started blowing conch shells, like they were horns. 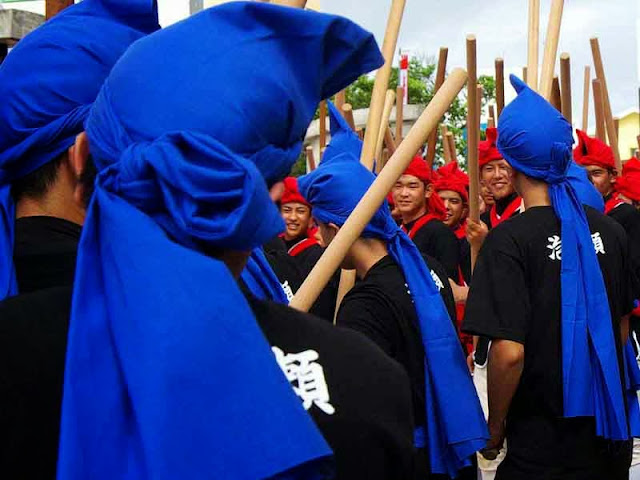 They're still on the temple grounds when a friendly (sort of ) stick fight breaks out.

The guys in blue are from the east end of town.

Red headbands are those from the west. 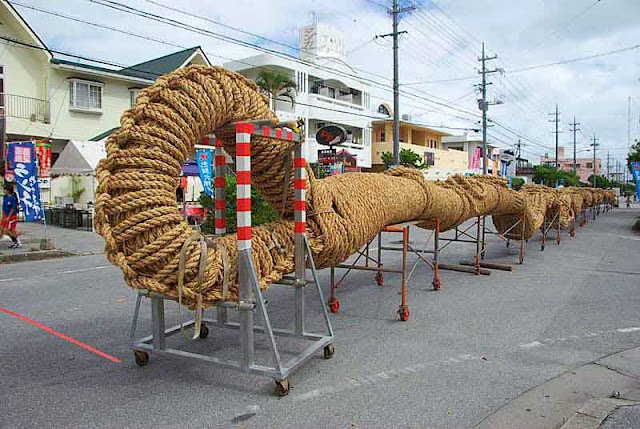 
While the challengers from the east and west took a lunch break, I went here.

Looking towards the east, this is half of the monster-rope they'll be tugging. 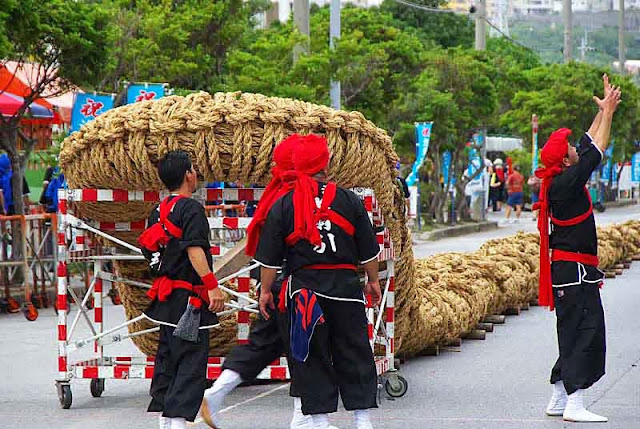 And, I shot an image of the west end, too. 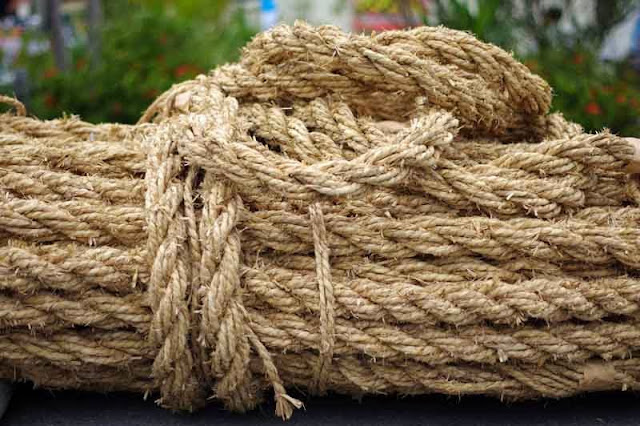 Sitting on the ground, I composed this shot, before the street got too crowded. 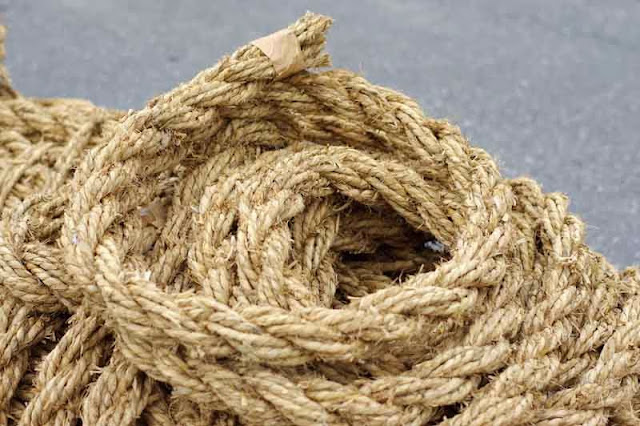 People are always asking me, how you get your hands to pull such a big rope. 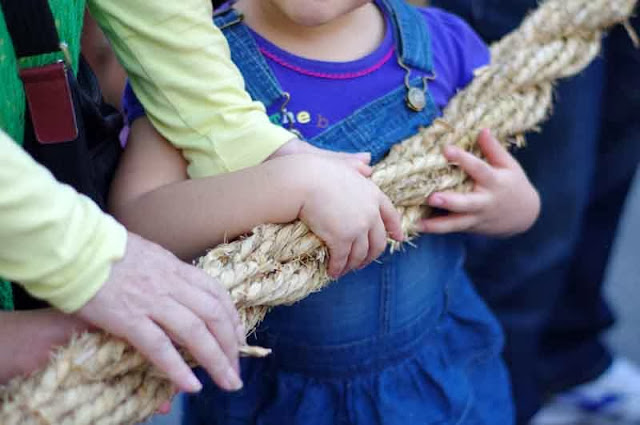 The ropes made for little hands, are attached to the big-monster rope.

So, even mothers and daughters can join the party. 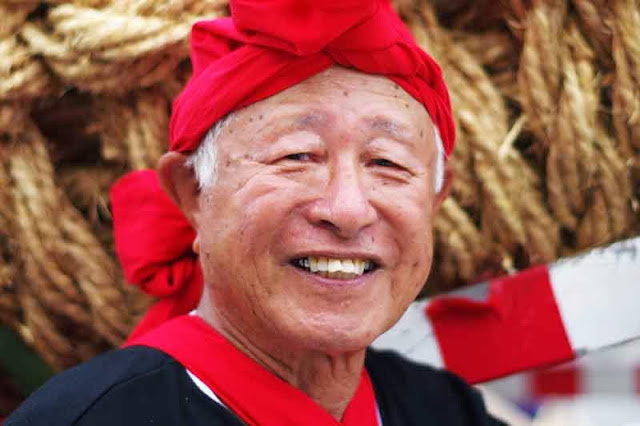 Seniors are welcome, too ! 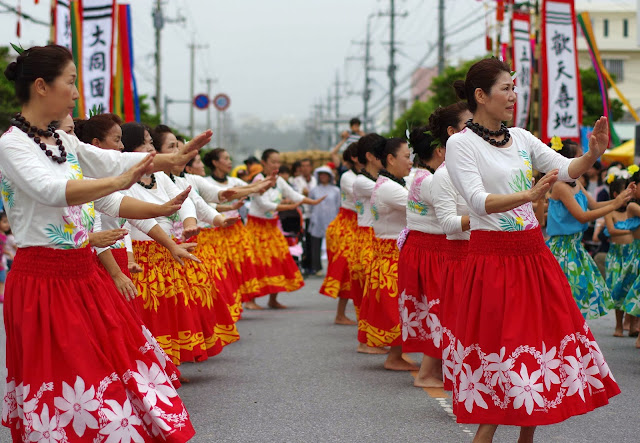 There was a Hula Dance Group that performed (even though it rained) before the tug. 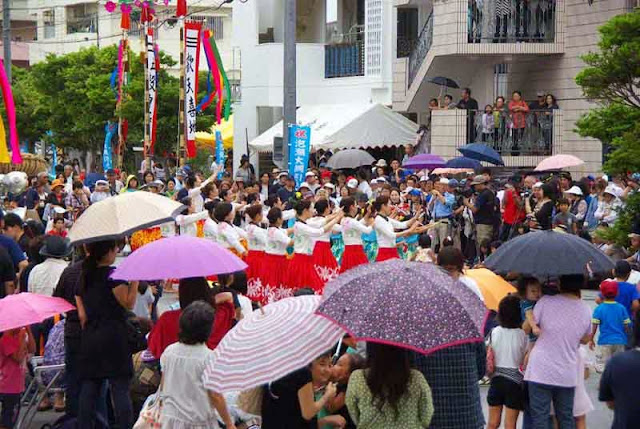 They must have pleased the rain spirits. 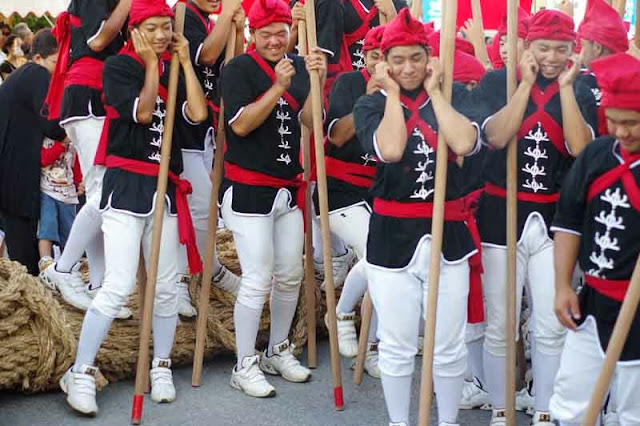 The gang, from the west end of town, celebrated with firecrackers, before the tug began.

Posted by RyukyuMike at 1:52 AM