Day and Night at the Awase Tug-O-War: Last Photo Essay 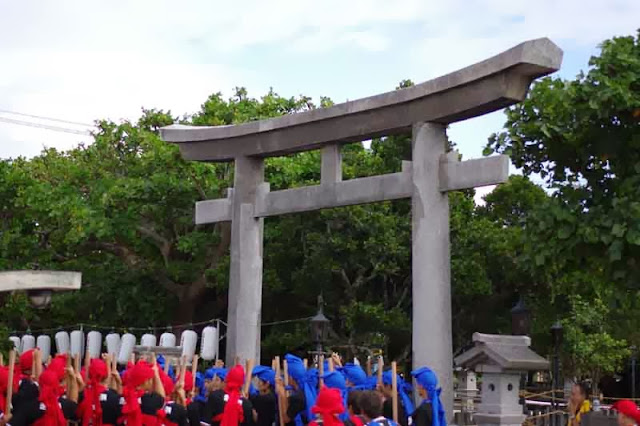 This will be my third, and final post on the Awase Tsunahiki.

With an action-packed week ahead, it's time to get the cameras ready for the next adventures.

It never hurts to arrive at these events early, as the scene above proved.

Sometimes, camping out, on location the night before, is the best way to go.

I had no idea, this sort of activity would take place at a shrine, the morning before the tug. 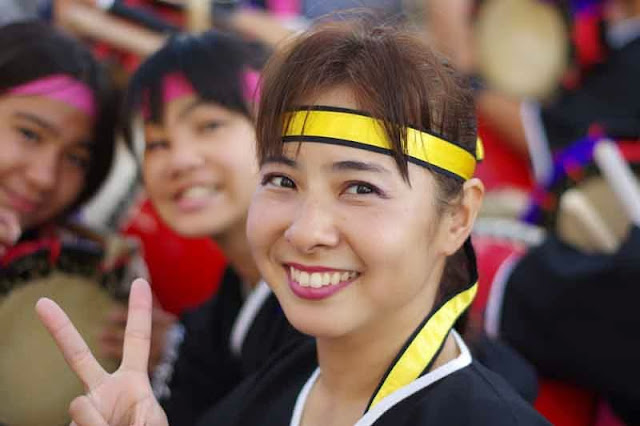 People were super-friendly and willing to have their photos taken.

That reminds me, I have to bring some prints, back down that way for this sensei. 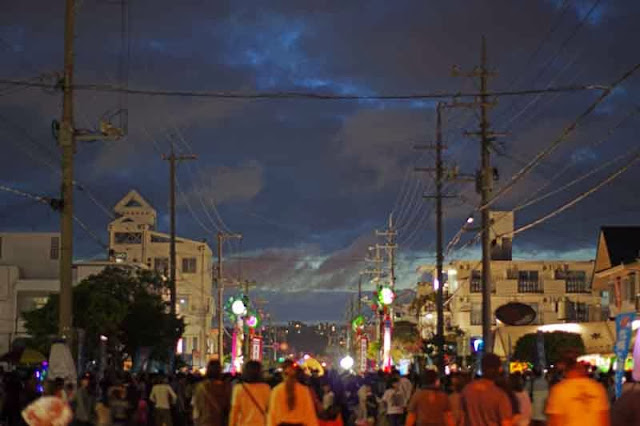 As the sun went down behind the mountains, the street got crowded. 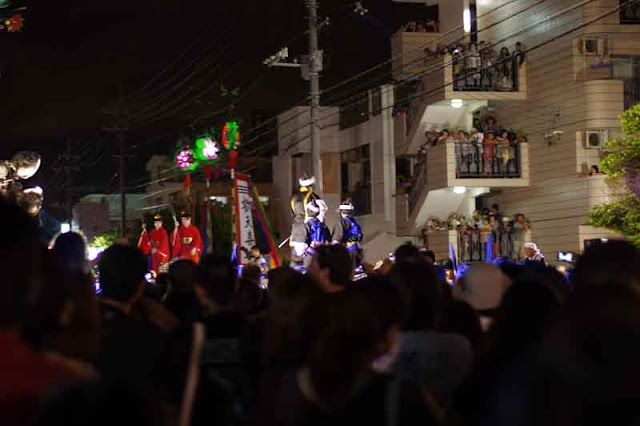 Typical of most Okinawa Tug-O-Wars, challenges were issued. 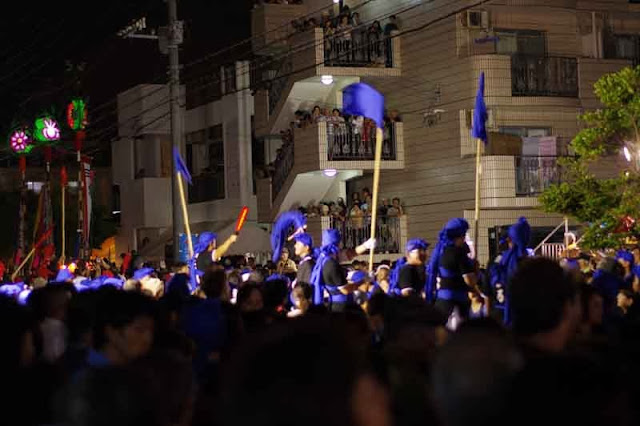 Once they start yanking on the ropes, a sea of humanity, surges around it. 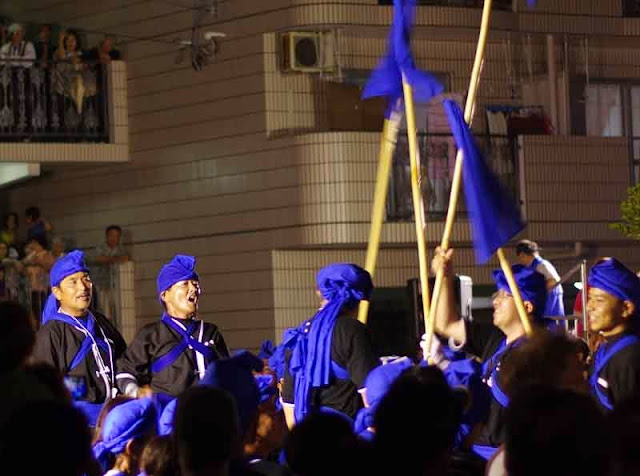 The guys from the East, quickly won the first pull. 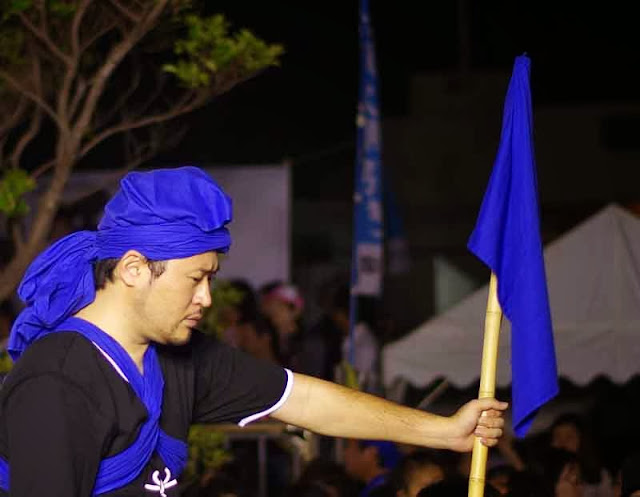 Then, they got about a ten minute break, before going for a second round with the ropes. 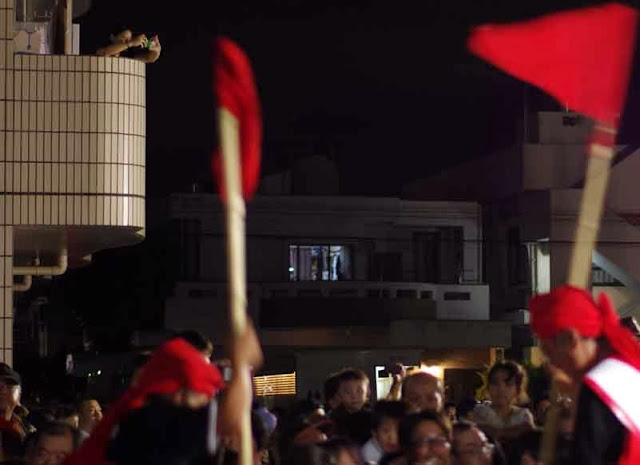 The second match, was won by the team from the West.

The rest of the evening would be spent having a party, to rival, Mardi Gras.

But, I had three cameras to download and, a long drive home so, I excused myself.

Posted by RyukyuMike at 1:37 AM