In the Wild -- A Pair of Mating Ryukyu Damselflies (Photos)

The research was kind of difficult on these insects but, we gotterdun.

First, I'll introduce you to the single male.

That gives you time to send the kids outside or, to play with their game-thingies. 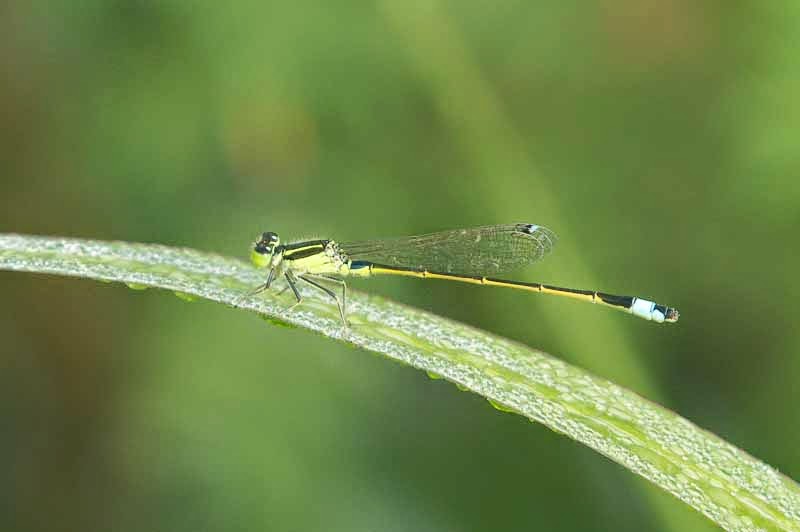 Okinawa Yanbaru Field Guide, helped me do the identification.

That is a good guidebook, with lots of photos but, no English.

So, I use several methods to do my search.

So, I take the Japanese characters and put them in one of their search boxes.

Sometimes, I even use the Chinese sites.  Whatever it takes.

All kinds of ignorance, left my brain today.

That bug, up there, I thought he was trying to swat the fly. Wrong.

Are Those Children Gone Yet ?

What that rascal is doing, is getting ready for sex.
He probably doesn't even know the fly is there. Other things are on his mind. 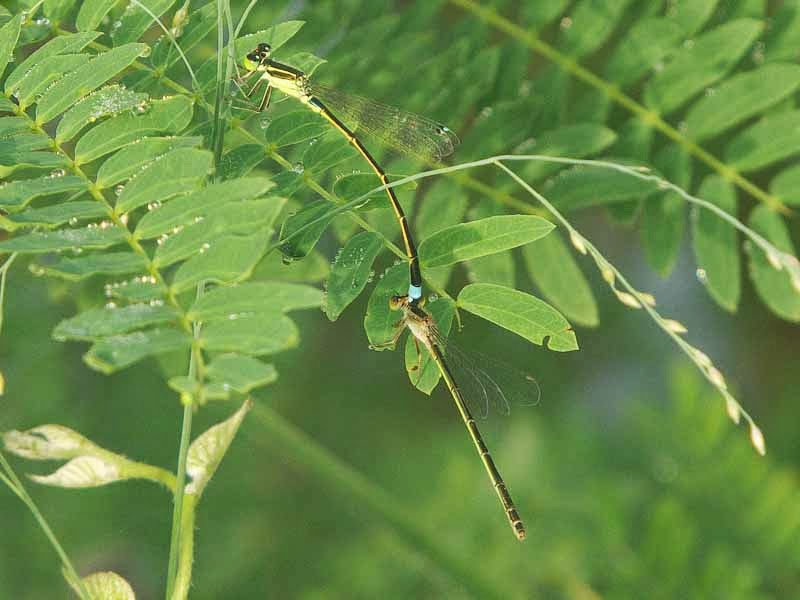 Off he went, to grab some female, by the back of her neck.

It's a good thing, I read all the resources about how these insects mate.

There's no sense, telling the wife, I met a gal with a vagina on the back of her head.

That excuse won't work, anymore but, it might have, if it was true. 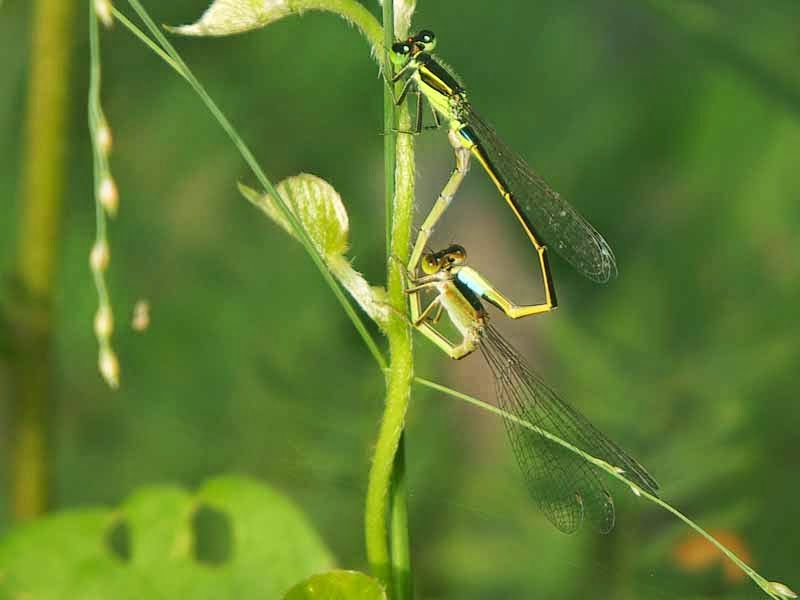 An expert on the subject, would tell you, the male, is using that blue tip, to grab the gal.


In the first photo, he was probably, transferring stuff, from one penis to another.

The scientists say, when the female is ready, she gets in the position above.


She has to bring her Doohickey up to meet his, is what, I think they mean.


And, they call this, the wheel formation.

Well, in Okinawa, people consider that to be the shape of a heart not, a wheel.


It may not look like a heart, to you. 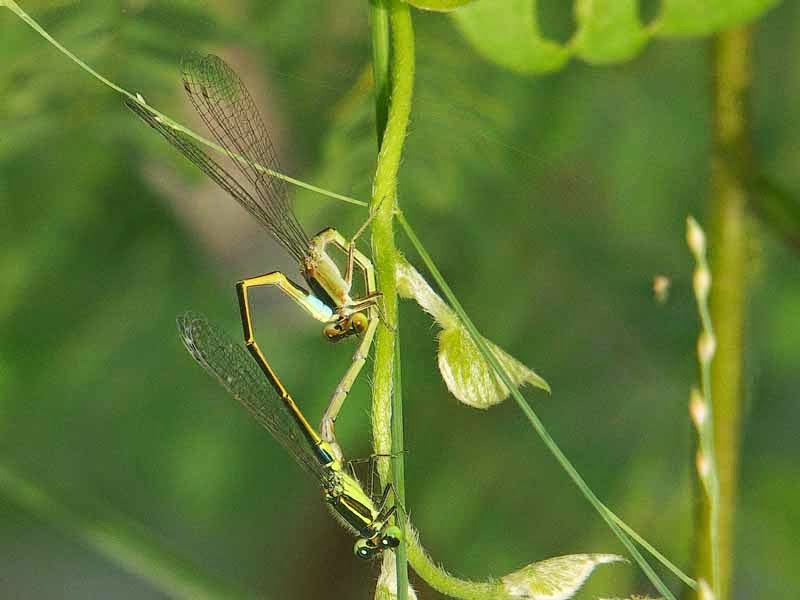 Not wanting to disturb them at such a tender moment, I waited until I got back here.

And, flipped the photo so,  you could view the heart shape.

Learn more about these insects:

Posted by RyukyuMike at 2:10 AM