Having a Blast at the Local Mud Festival

For those who don't already know, a tanbo is a flooded field.

Somebody donates their land for this event during Golden Week. 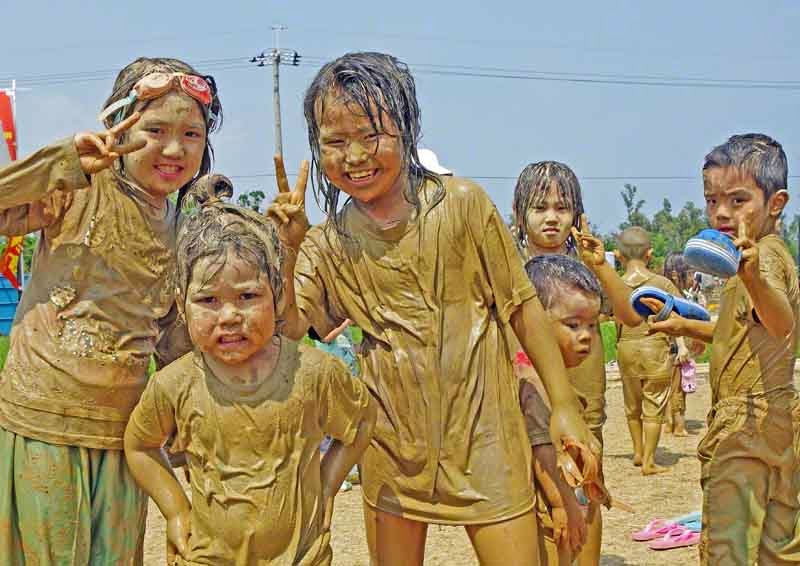 They get to do stuff like slide and splash.

Big people are allowed to have fun in the mud, too.

Sometimes, parents and children participate in relays where they do some crazy stuff in the mud.

There was good, clean fun, away from the flooded fields, too.

Try catching noodles with chopsticks while they are sliding down a bamboo pipe.

This is what's called, Nagashi (flowing) Somen (similar to ramen) but, it's not hot.

Not many noodles make it to the end of the line.

That kid in the red shirt was happy, just catching a few !

Running around, trying to capture all the events at this festival gave me an appetite.

So, while the camera was downloading, I went down the street and grabbed a hamburger.

Posted by RyukyuMike at 4:42 AM