In Search of the Elusive Ruddy Kingfisher and Barhopping 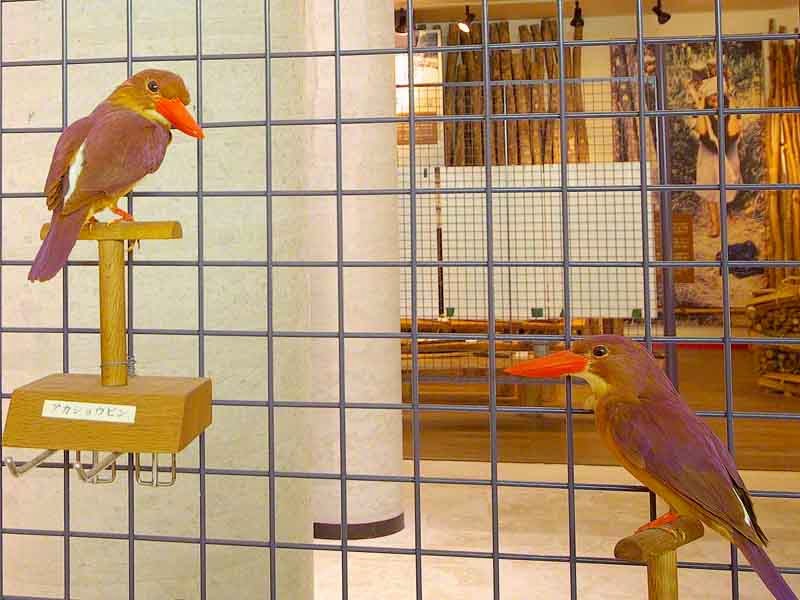 This pair of birds are sitting, stuffed in some museum.

Sometimes, I shoot wildlife like that, just to help with identification, if I ever see one in the wild.

The label, under the bird on the left, says Akachobin (アカショウビン).

That tells me, it's a Ruddy Kingfisher (Halcyon coromanda). 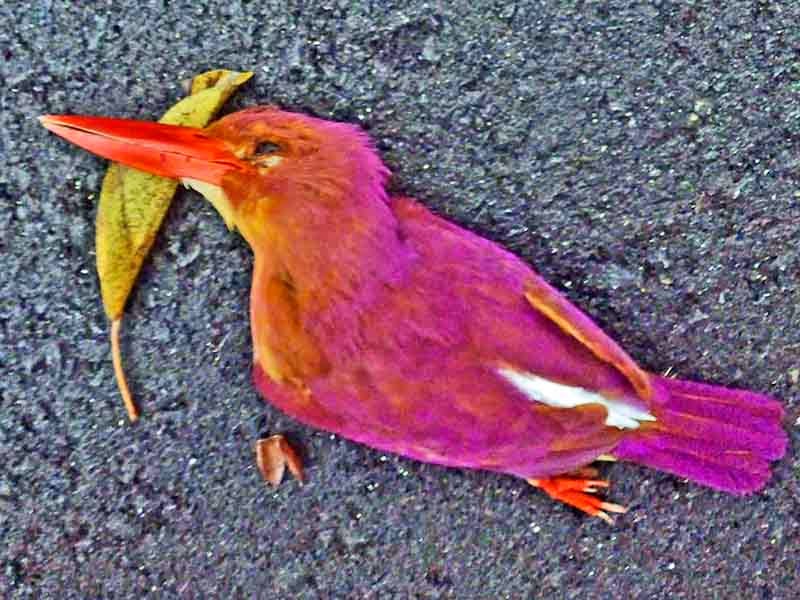 Here's one I shot with my cell phone. It's sort of in the wild but, dead.

After tying the dogs to a guardrail and snapping the photo, I email it out.

Animal control folks might want to know what killed the bird.

Shooting wildlife in museums, zoos, or, dead alongside the highway isn't much fun.

The Ruddy Kingfisher isn't on the endangered species list, yet.

But, the are becoming scarce, in Japan.

According to the Wiki folks, these birds are hard to spot in the jungles.

They say, the birds more likely to be heard than seen.

Not trusting the Wiki Dudes, as reliable for more than a Latin name, I go on.

Neighborhood Bars Are a Great Resource

The internet has some trustworthy resources, too. I'll list them later.

Armed with the photo, saved to the cell phone and, the word, Akachobin, I went to town.

The first guy who saw the photo was wondering how I got it.

"That's an Akachobin. Where did you find it and how did you catch it on a cell phone?"

"Hah. I found it before six, this morning, 10 meters from your house," I told him.

After a few other people at the bar confirmed what the bird was, it was time to move on.

It's always best to get more opinions. And, beers, too.

The Next Bar Hit the Jackpot

There was a woman.  She looked at the photo and said, "Akachobin."

And, she said the birds make a real loud scary noise in the jungle, especially at night.

And, she made the noise !

So, I put my cell phone away and had a few more beers.

I could hardly wait for morning.

But, the wife knows it's important.

If you live on the island of Okinawa and hear one, don't call me.

Send me mail (ryukyumike [at] gmail.com) and, I'll come shoot it for you, with a camera, of course.

The cell phone is just for emails, cmails and crappy photos.  I can't hear it.