A Most Respectful Bow in Japan (Photos)

Bowing, in Japan, is more common than the Westerner's handshake.

When you see it done and, do it everyday, it just becomes something like a reflex action.

The Missus, in my house, even bows when she's talking to someone important, on the phone.

What I want to show you is three frames of photos, shot in less than one second.

This is to demonstrate, the most impressive bow, seen in Okinawa this year. 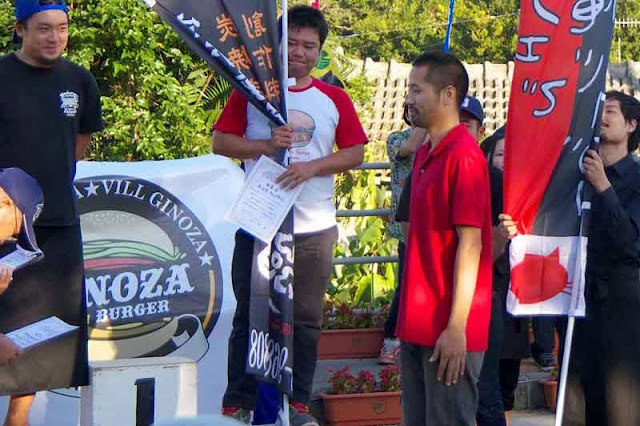 Notice the man in the red shirt. He is receiving an award. 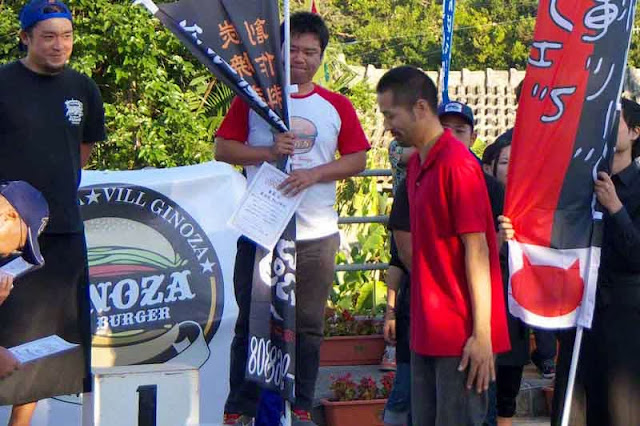 The bow, starts with a simple lowering of his head. 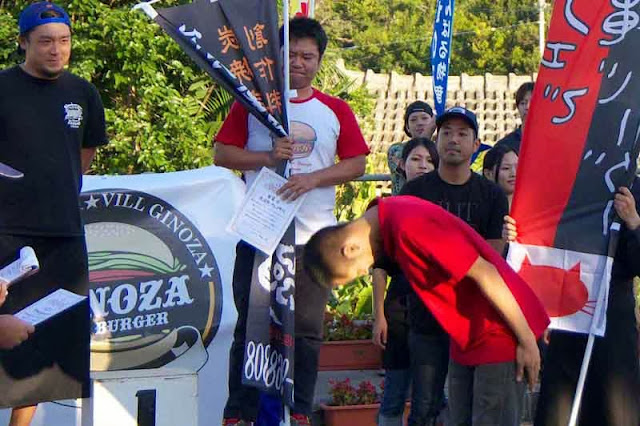 And, continues until he has bowed to a 45 degree angle.

He is the owner and Master of Toto La Bebe, being given an award.

It is for the Best Hambugrer on the island of Okinawa, Japan.

And, he made that, the Bow of the Year, if you ask me.

MORE ABOUT BOWING IN JAPAN

Posted by RyukyuMike at 2:50 AM