Made Into Boating Bow Wows

It took some doing, getting this gal from Okinawa, into a Boating Magazine.

They have plenty of girls in bikini photos but, Asura doesn't wear those things.

Pets on the Water was the category I entered her in. 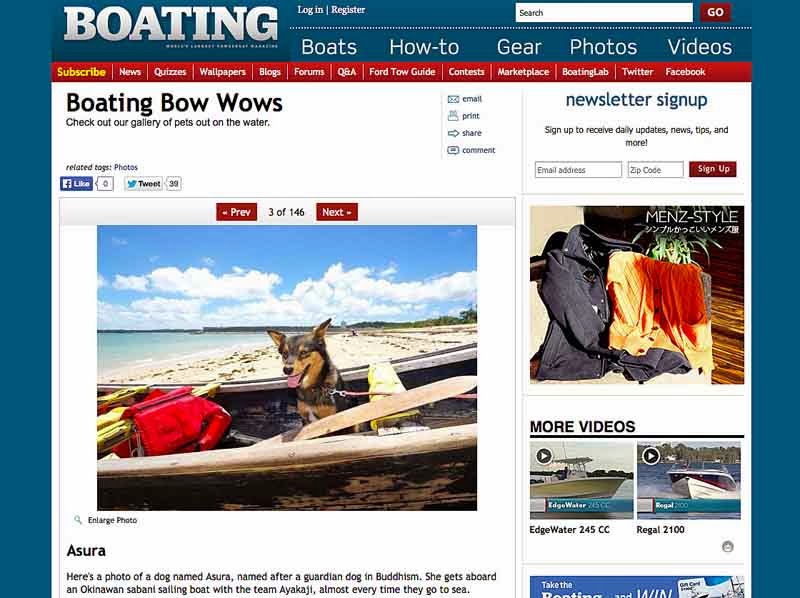 In an email to the editor, I explained that, Asura sails with the sabani team, Ayakaji.

The photo was taken at Kanna Beach in Ginoza, Okinawa, Japan.

Here's a link to the image at Boating Magazine

It's a little tricky because they have 146 Boating Bow Wows.

The first one you will see is #1. Then, you have to push NEXT, above the photo.

When you get to #3, you can see this sabani sailing dog.

That's where she belongs, I think.

PS  I almost forgot.  You can look at the girls in bikinis, while you're over there, too.