A Quick Trip to an Outer Island 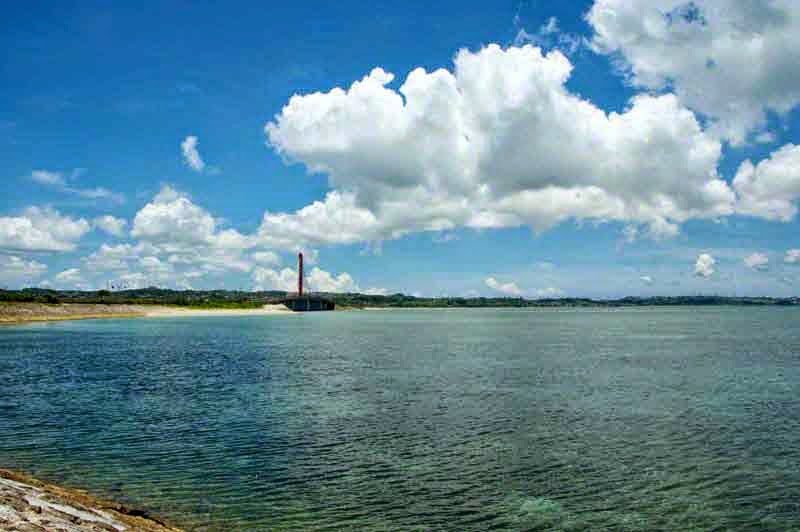 Okinawa Island is over there under the blue skies.

Today, we took a drive across a few bridges and visited Hamahiga-jima.

It Pays to Get Out of the Office

The plan was to accomplish certain tasks over there.

There was a photo, I wanted to deliver, from one of last year's events.

And, there is some sort of sacred ritual, coming up soon, that I wanted to confirm.

Hamahiga is a neat little island.

On the way over, Doc and I were trying to decide whether to visit Hama or, Higa first. 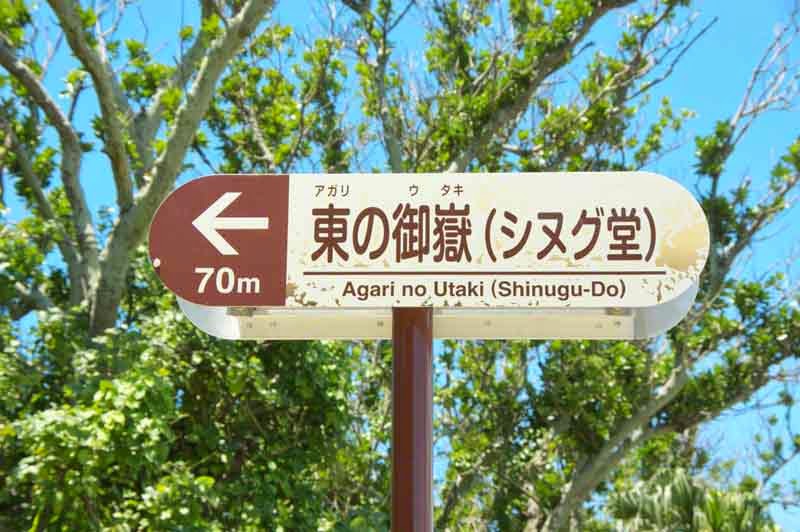 The small island, has a population of about 600 but, there are two villages.

One is Hama, the other Higa and I wanted to visit both village offices.

Joking, I said, "Maybe these people are like the Hatfields and McCoys."

Just in case there's a feud going on between the Hama and Higa folks, we better be careful.

It's best to only talk about Hama stuff at the Hama village office.

We went west, first to see this place. It's a sacred grove, where a special event happens. 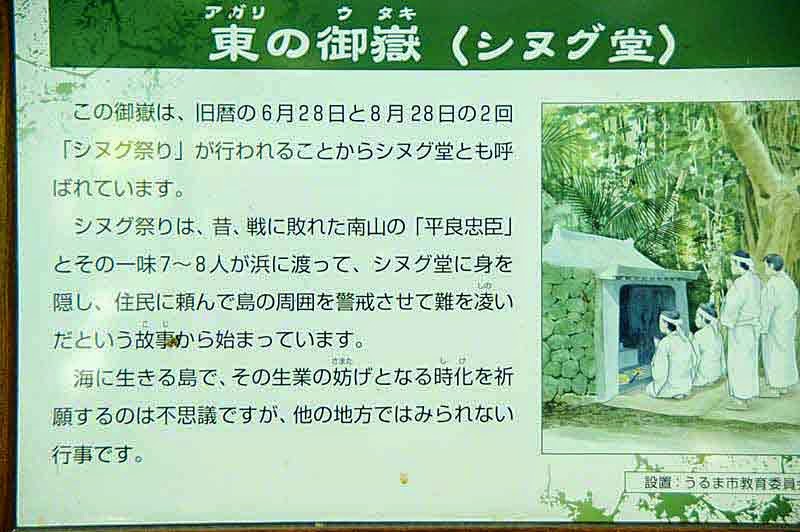 Both of us have probably photographed this sign a dozen times.

For one reason or, another, we have missed the event every year, over the past five years.

It tells me, the rituals take place on June 28th and August 28th by the Lunar Calendar.

Once I took the photo, we headed over to the Hama Village Office.

Then, off came the yellow flip-flops and into slippers, I went.

When you meet the head the village and tell him what you are doing, good things happen.

Let him know you are interested in Okinawa culture and want to take photos of the event.

This image was displayed on my camera LCD screen and, I showed it to him.

Then, I told him, I know the next event will be on the 28th day of the 7th month of the year.

But, I don't have a Chinese calendar handy and, couldn't read one, if I did.

Before you know it, we left there with a goldmine worth of information.

And, through a little bit of joking, in Ryukyu dialect, have a new friend.

Over at the Higa End of the Island

Things couldn't have went any better if we had been paying somebody.

Some gentleman was leaving the office, as we entered.

The framed photo, I had taken last year was a present for the office.

This gal, who remembered me, told the man, who I was.

She let him know, I gave the office a CD with about 200 photos on it, from last year's event.

And, told us, the event for this month is less than 3 weeks away.

Now the guy, was smiling.

In local dialect, I told him, "Let's go drinking together, someday."

It got him laughing and maybe, we have another friend on the east side of town.