When the thermometer is almost busting and it's near 98% humidity you'll hear them.

This morning, I woke up late. The sun was already shining.

The wife was in the kitchen and I asked her if it was raining outside.

My hearing isn't all that great. It sounded like it was raining.

The noise, was coming from the cicida bugs, she said. 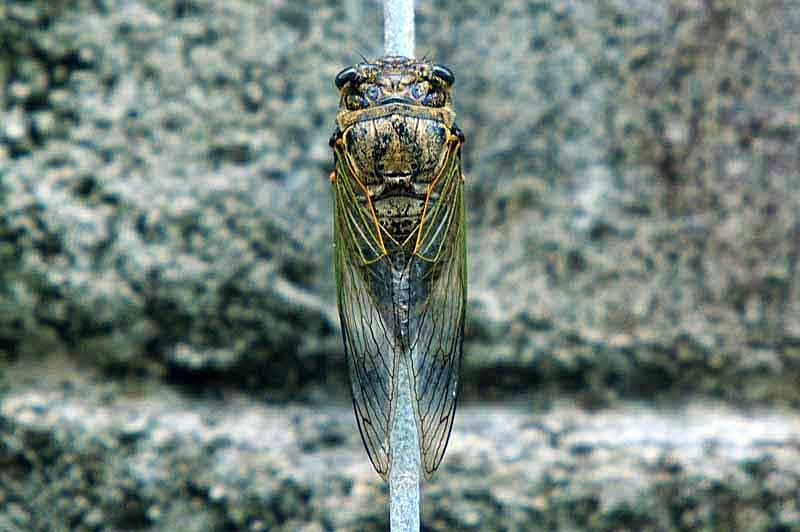 Out behind the office, I spotted this one on a trellis.

Usually, they are hiding in trees and hard to photograph so, I grabbed a camera.

Lots of people hate these bugs because they are so noisy.

Kids, in Japan love them probably,  because the sounds remind them of Summer Vacation.

If you catch one, while it's making all the noise, it's sort of cool.

They buzz and wiggle, tickling the palm of your hand. Kids enjoy stuff like that.

It's fun to stuff one down the back of someone's shirt, too.

This one wasn't making any noise.

It flew from the trellis over to a plant in the shade.

So, I was able to get a dozen quick photos and have this motion GIF made.

Searching for some decent YouTube sounds of the bug didn't pan-out, too well.

It would have been nice, to give you some of the sounds they make.

But, I found something, even better.


An easy way to remember the Japanese name for the bug is here in this video.

Lionel Richie got his audience to do it !