Today Looks Like a Nice Day to Party at a Graveyard !

It's called Ushiimii in the local dialect.

According to my Okinawan dictionary, the observance is conducted by the lunar calendar.

The family visits the ancestral tomb for an annual gathering.

It takes place on any day between the 22d of the second month and the 3d of the third lunar month.

It's a nice warm Spring day with brilliant blue skies.

It's a good time for me to relax and enjoy the company of family members, I haven't seen in awhile.

So, I decided to post an article, we did about this subject a few years ago.

This was originally published at Pocket Cultures.

And, the cameraman was RyukyuRusty. 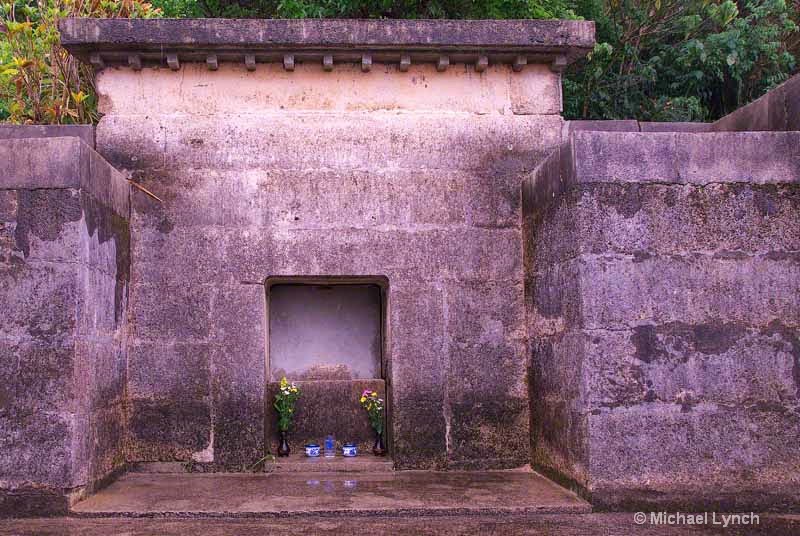 A gathering at the family tomb for Shimi

During the month of April, each year, a Sunday gathering takes place at the family tomb (Ohaka).

The occasion, known as Shimi, resembles a family reunion and picnic combined. Throughout the month, every Sunday, the roads may appear to have more traffic and many vehicles will be seen parked alongside the roads close to family tombs.

Vegetation surrounding the Ohaka is trimmed and the grounds are cleaned up by men, usually the week prior. The family agrees on a date whereby maximum attendance is achieved. Women prepare foods for the assembly, days in advance.

My family planned Shimi for Sunday the 17th of April 2011. It rained. 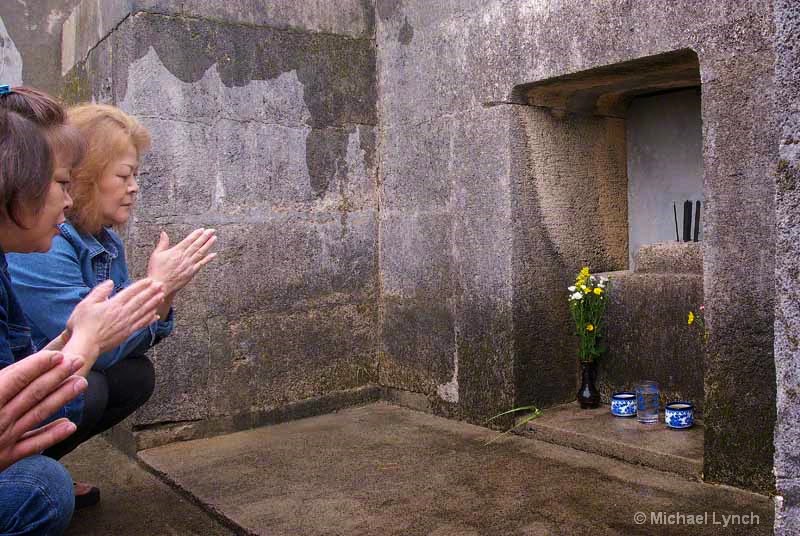 Flowers and drinks were placed at the entrance to the tomb as offerings. Incense was burned and prayers were offered. The food that was prepared and placed in front of the Ohaka, as an offering to the ancestor’s spirts, had to be removed quickly when the rain came pouring down. Everyone offered their prayers and left the tomb. That doesn’t stop Shimi. 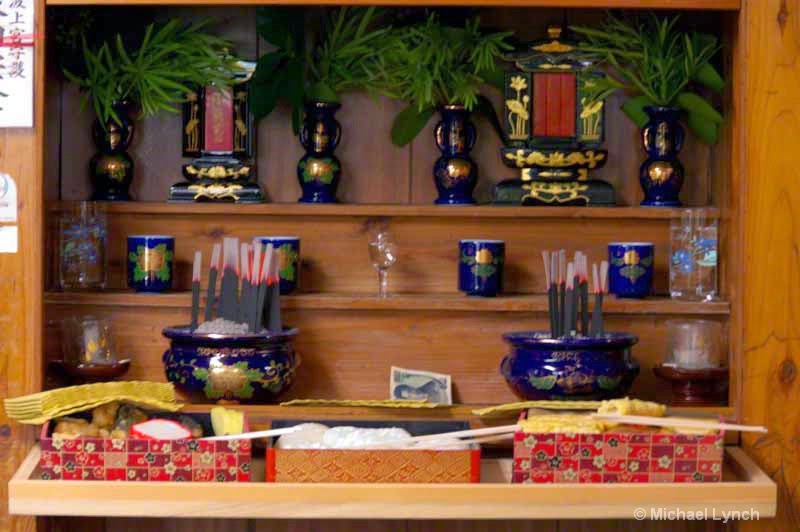 Everything that was prepared for the event at the Ohaka was carried to the home of the eldest surviving son in the family. An altar called a Butsudan is another place in Okinawa where ancestor worship takes place. Food and drinks were placed on the altar. Incense, resembling charcoal sticks, was lighted. 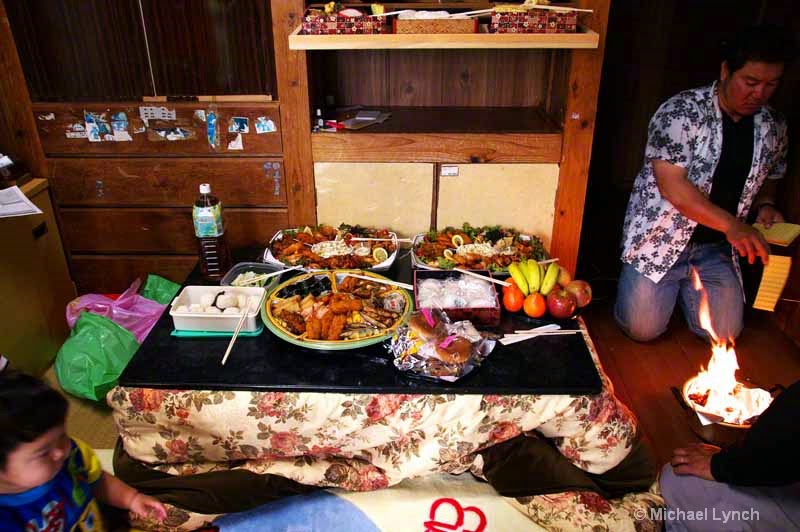 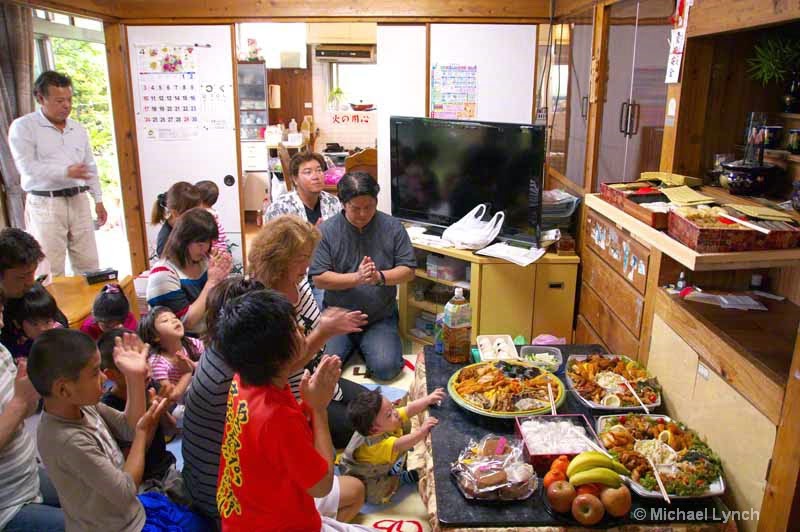 The family gathered around the table of foods and drinks, offered to the spirits and prayed. 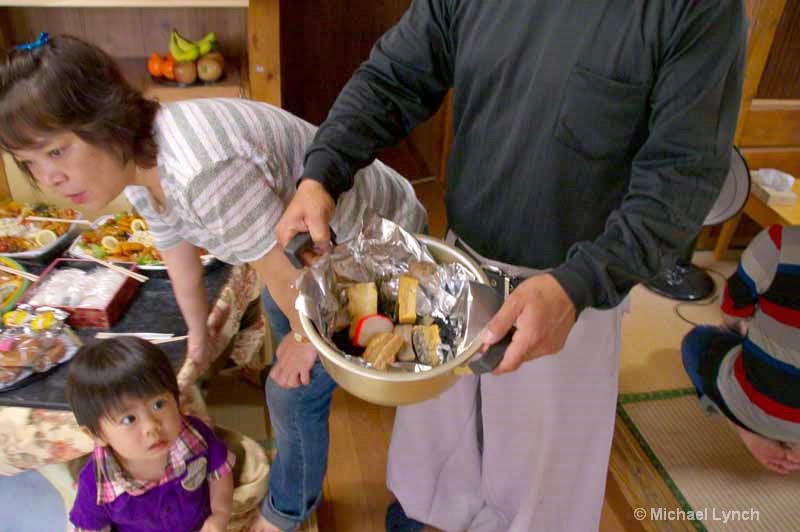 One item from each type of food offered was placed along with the burned paper money for the ancestral spirits to take with them back to the spiritual world. 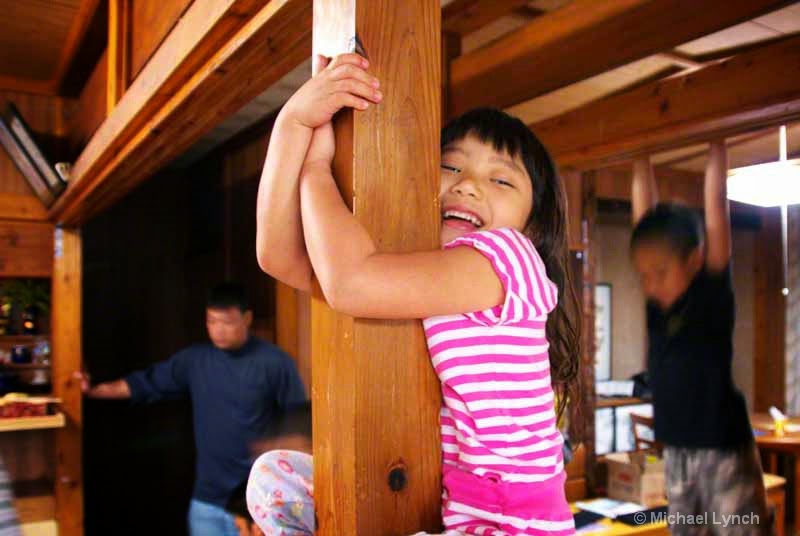 Children frolic, play and swing from the rafters and adults joke, chat and banter until the eldest woman present announces it’s time to eat.
Shimi, the ancestral worship ceremony, is not a sad occasion in Okinawa. It is a time to be happy and the spirits, who are always watching, enjoy seeing the family celebrating together.

Are there any joyous celebrations for the deceased in your culture?