Flowers and Leaves of Indian Lettuce 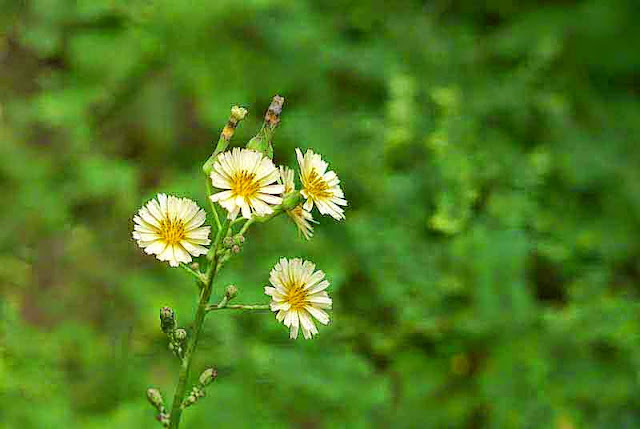 An Edible Plant Growing in the Wild

The flowers had me stumped because, they couldn't be found in any flower books, I have.

So, I walked to a flower shop and asked if they could identify them.

The lady searched online but, couldn't find anything, that looked the same.

Next, I took two images and asked a few Japanese Facebook friends for help. 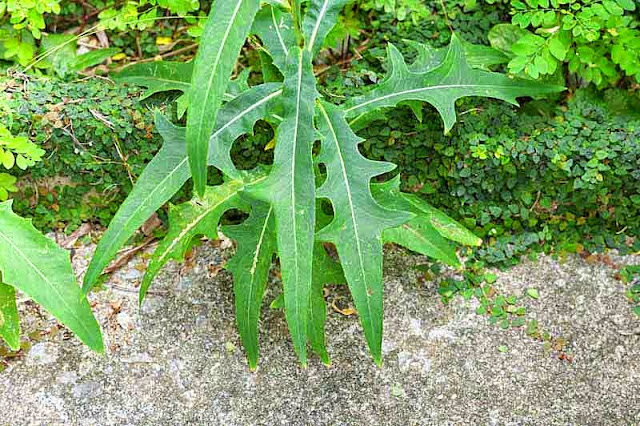 Knowing, the leaves of the plant, might be helpful, I included this image.

One of my friends came back to me with, Lactuca indica.

That's the Latin name for Indian Lettuce so, I was up and running.

Over at Encyclopedia of Life, I found some photos for verification.

The leaves and stems can be eaten in salads or boiled, stir-fried or cooked in soups.

Visit the World Vegetable Center  if, you don't believe me.

Among many other uses, sap from the plant can be used to treat warts.

That was something, I found over at Plants For a Future.

Even the US Library of Medicine mentions the antioxidant properties of this plant.

So, it got me thinking.  Maybe, I'll borrow a few of the seeds and, grow my own.

Digging a bit deeper into the subject plant, a few other things should be noted. 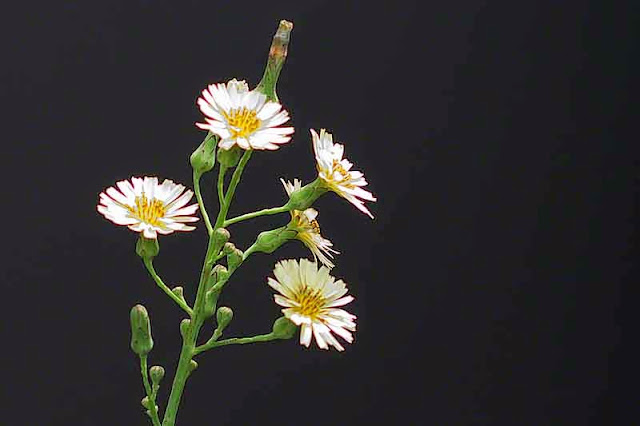 A few extra photos were taken to give a closer look at the leaves, flowers and stems.

And, I will list some references with links in English and Japanese. 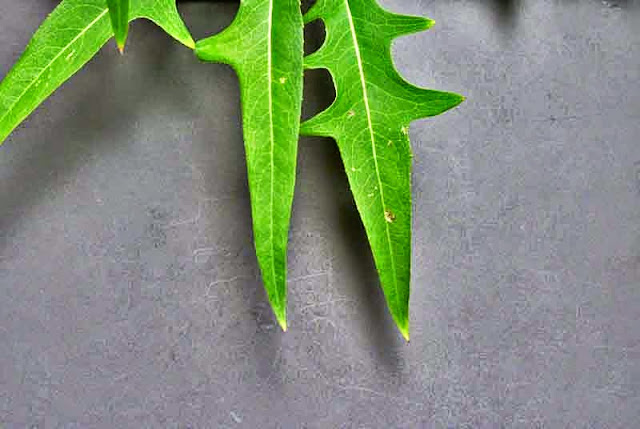 A black background was used to separate the subject from any distractions.

It is described as being more bitter than Nigana herbs used in Japanese cuisine.

One site warns, " By the way, I call it Nigana (Njana) is Okinawan dialect, because it is different from a plant that has a Japanese name of "Nigana", be careful."

Read more about it via Google Translate for English speakers.

The Japanese site is HERE for those interested in more information.

Posted by RyukyuMike at 3:59 AM