The Japanese Bicchu Hoe (備中鍬 ) or Call It a Potato Hook 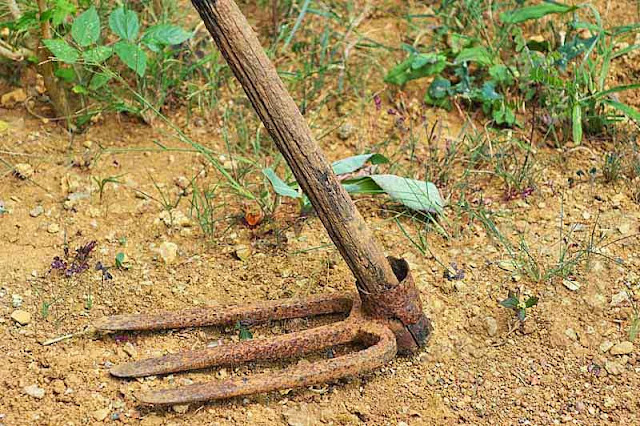 A Hand Tool That's Been Around Awhile

Today was one of those days, outdoors didn't seem like the place to be.

Someone shared an image from down south and a Twister Alert.

So, I stayed close to the office and, only walked a short distance to buy lunch.

About halfway there, I realized I forgot something this morning.

Somebody didn't remember to take along 25 important items and left them soaking in a cup.

Well, I had a healthy lunch, mostly of soft foods that are easy to gulp down.

Then, I go bored and had to find something, outside, to photograph or, go crazy.

Butterflies, worms, lizards and, even people must have all gotten the weather warnings.

It's nice to be able to ask someone what this tool is called in the local dialect. 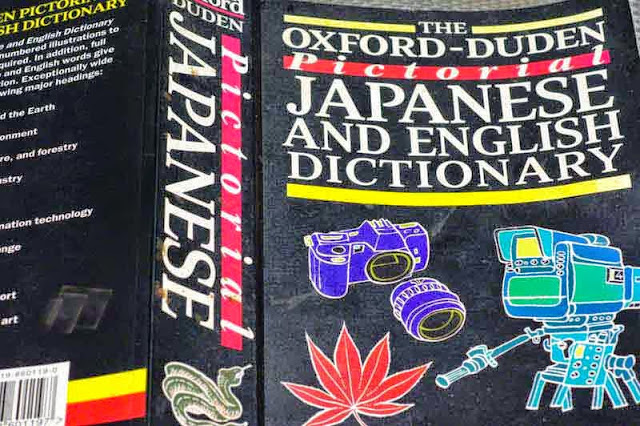 My handy-dandy English to Japanese Pictionary would have to do it for me.

In a few minutes, I had a picture to get close to a Japanese definition.

This book, told me, the implement is a potato hook.

Next some translating and Japanese typing tools were used for positive identification.

Copying and pasting the characters in Google Japan was the next step.

Several sites were checked and Do It Youself (DIY) ones were the most helpful.

The give you the best images of the tools and, prices, as well.

There's even a YouTube video showing how the farmers use them,


Just about anywhere, I go on this island, I see someone using these tools.

And, some of these folks are in their eighties and nineties.

Order yourself a Bicchu Hoe and, give it a try, before it's too late !

NOTE: This tool is also known as Kuwa -- another name in Japan for hoe.
Posted by RyukyuMike at 8:00 PM

I'll look for it when I arrive on Island in a few weeks. I would like to have one for my garden.